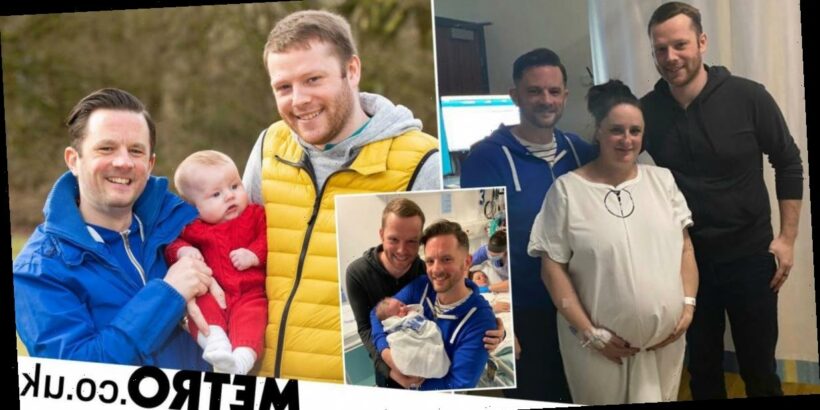 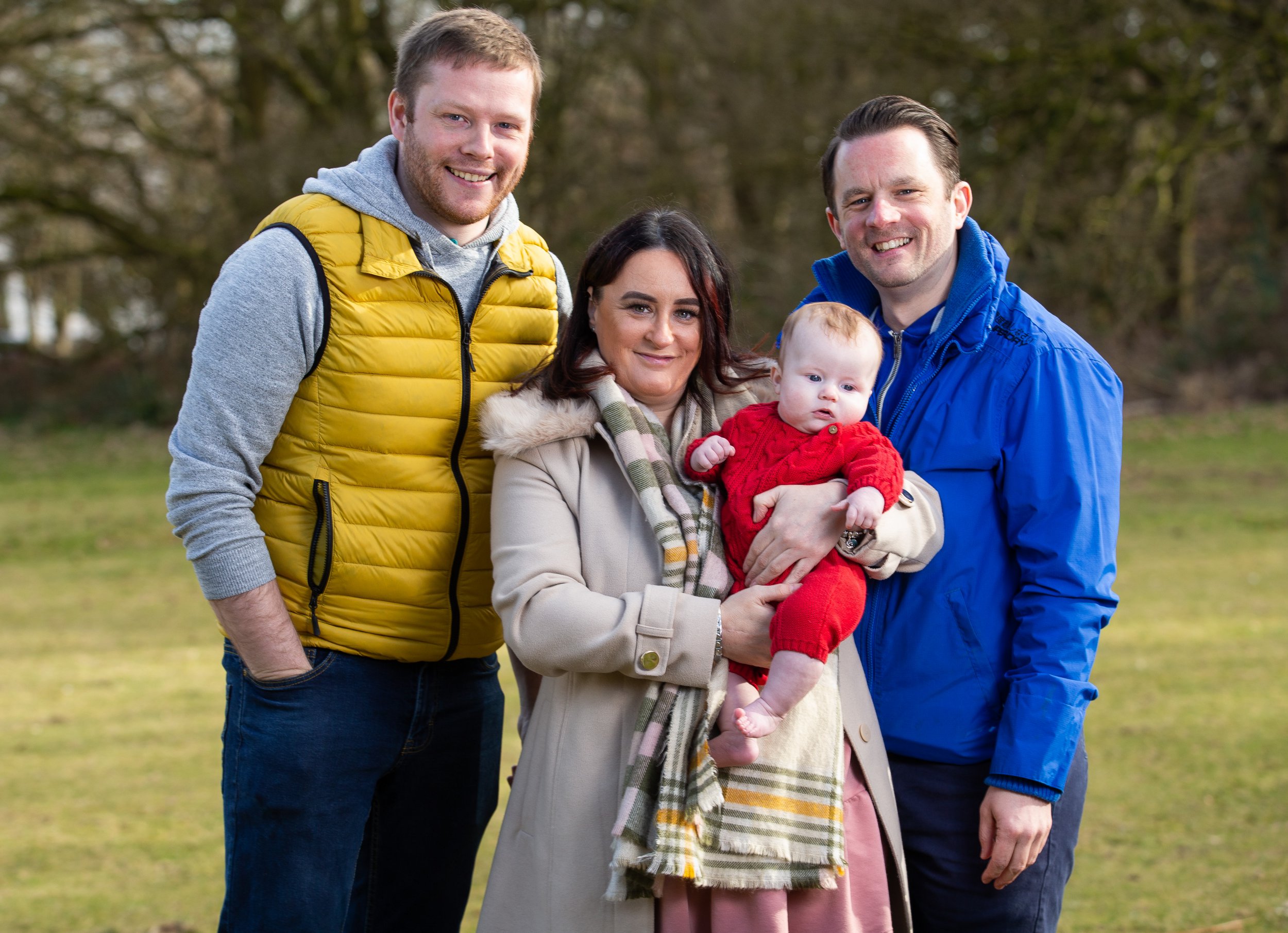 A selfless sister has helped her brother fulfil his dreams of becoming a dad by carrying his baby.

Anthony Deegan, 38, and his partner Ray Williams, 30, were elated when Tracey Hulse, 42, put an end to their year-long search for a surrogate.

The couple knew their baby would be in safe hands as Tracey already had six children of her own.

The hopeful parents took out a £36,000 loan to fund three rounds of IVF using two anonymous egg donors. They welcomed baby Theo into the world on October 12 last year.

Anthony says his bond with his sister is stronger than ever before after she gave him the greatest gift of life.

Anthony, who is a Subway franchisee, said: ‘Tracey and I have always been close – we are more like best friends.

‘I walked her down the aisle on her wedding day as our dad couldn’t make it.

‘Then 17 years later, she introduced us to our son which will always be a special moment for us. We couldn’t repay Tracey, you can’t put a price on what she has done for us.’

Initially, the couple hoped to meet someone through social events hosted by a Surrogacy UK. But after a year, they hadn’t formed a bond with anyone and were beginning to lose hope.

They hadn’t even considered Tracey as she has half a dozen children of her own to look after.

Tracey, who is an Area Manager, said: ‘A year passed and they still hadn’t found a surrogate so I decided to help. I had already offered twice before but we laughed it off.

‘Until the third time, I told them I would seriously like to carry their baby for them. I had already spoken to my husband Wayne about it and he thought I may be too old. But I didn’t feel it!

‘I felt honoured when they said yes as it meant my brother trusted me enough to carry his baby.’

The couple started the IVF process through Care Fertility based in Manchester. They created two separate batches of embryos using an anonymous egg donor and both of their sperm.

They’ve decided not to discuss whose sperm was used to create Theo as he is ‘both’ of their son.

Anthony said: “’t was important for us to have a biological child. But it doesn’t matter which batch was used as Theo is our baby.’

It was third time lucky for the couple after two rounds of IVF failed. Tracey said: ‘We were devastated when two pregnancy tests came back negative. But we never gave up.

‘They didn’t pressure me into doing another round, I wanted to.’

Anthony praises his sister and partner for all working together as a ‘unit’.
He says they remained ‘on the same page’ at all times.

He said: “Every decision was made together and for the right reasons.

‘Ray and I always put Tracey first as she was doing something amazing for us and putting her body through stress for us.

‘We were devastated when the rounds didn’t work but we remained positive. We were willing to keep on going until Tracey had enough.’

The couple were kept up to date with their babies movement with regular photos and videos.

They formed a bond with Theo whilst he was in the womb by recording themselves reading stories.

Tracey admits feeling ‘anxious’ ahead of Theo’s arrival in case he couldn’t settle with his dads.

But the anxiety instantly disappeared as little Theo, who weighed 7lb 9oz, was ‘content’ from the moment he was held by his dads.

Anthony said: ‘Theo slotted perfectly into our lives; it is like he has always been here. He is like the missing piece to our jigsaw. He is a happy boy who is always smiling.’

Tracey’s heart is now filled with pride that she was able to help her brother and Ray become parents.

She said: ‘Theo is so precious. I feel so proud that I helped get him here. Ray and Anthony are amazing parents and I couldn’t be happier for them.’