A woman has revealed how failing to squeeze into the biggest Primark jeans she could find in the shop inspired her to turn her life around – and lose 10 stone.

Louise Horton, 28, a laboratory manager from Plymouth, Devon, once weighed 24st, and was regularly reduced to tears by cruel teenagers who mocked her size.

She says she hit rock bottom when she went into Primark and realised that, at size 30, she couldn’t fit into the store’s largest jeans – and then sat crying in the changing room.

According to Louise, the humiliation inspired her to change her life, overhauling her diet, and walking the mile and a half to work rather than driving or taking a bus.

Her slow but steady approach has seen Louise, who is now preparing for her wedding, drop an impressive 10st, taking her to 14st, and she has even completed a half marathon. 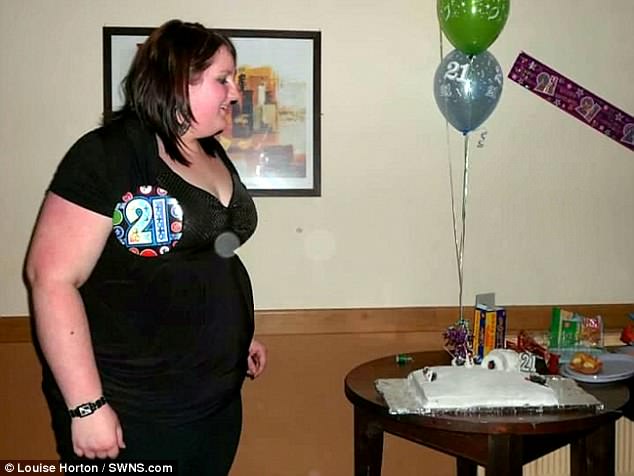 The shorts Louise wears now are seen lying on top of a pair of her old jeans, from when she was a size 30

Louise said she was stuck in a vicious cycle of over-eating then comfort eating, and would even eat McDonald’s in bed.

She said: ‘I wanted to go into a shop and not just sit crying in the changing rooms because nothing fitted me.

‘I just wanted to be able to go into Primark – I was in size 28 to 30 jeans and they certainly don’t do those in there.’

Louise had tried different diets in the past, but claimed nothing had worked for her. 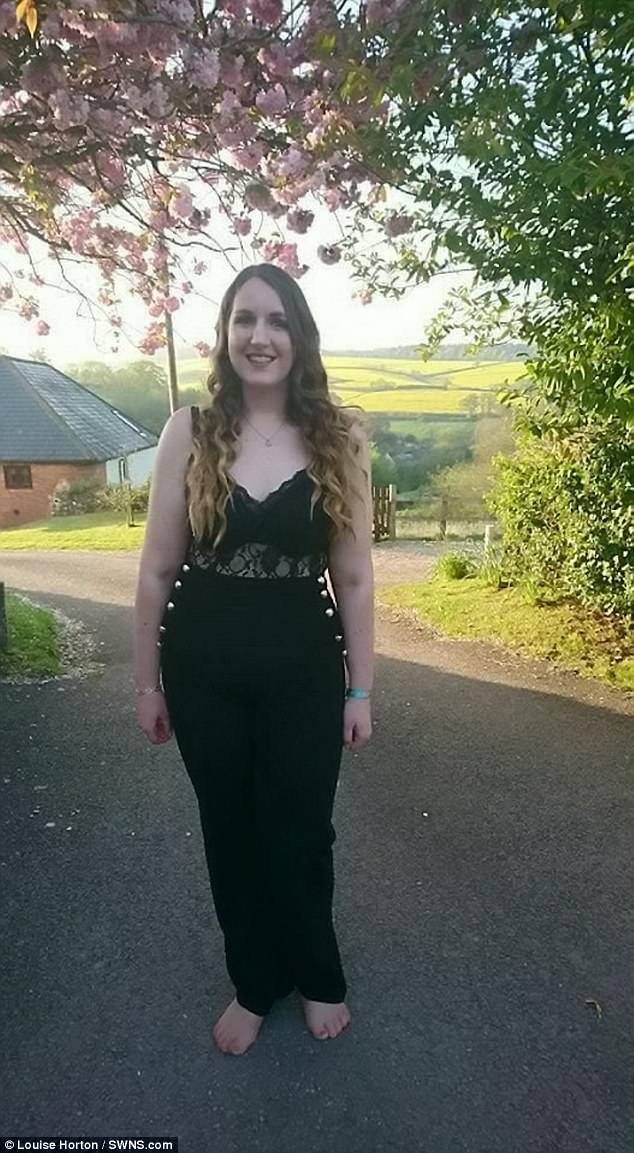 Louise previously weighed 24-stone and wore a size 30, which is six sizes bigger than Primark’s largest size a size 20 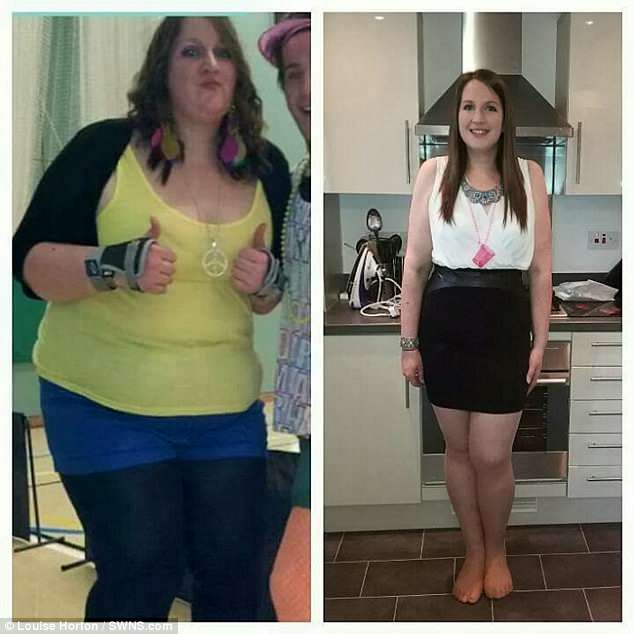 She was often the victim of verbal abuse in the street from teenagers who would make fun of her weight.

She continued: ‘I increasingly found myself being shouted at in the street by teenagers and coming home in tears.

‘You’d think you could brush it off but it gets to you eventually. I was 23 and just thought I shouldn’t be feeling this way. ‘

Louise, who is engaged to Leigh Fowden, 31, was determined to lose weight, but knew fad diets or weight loss clubs weren’t for her. 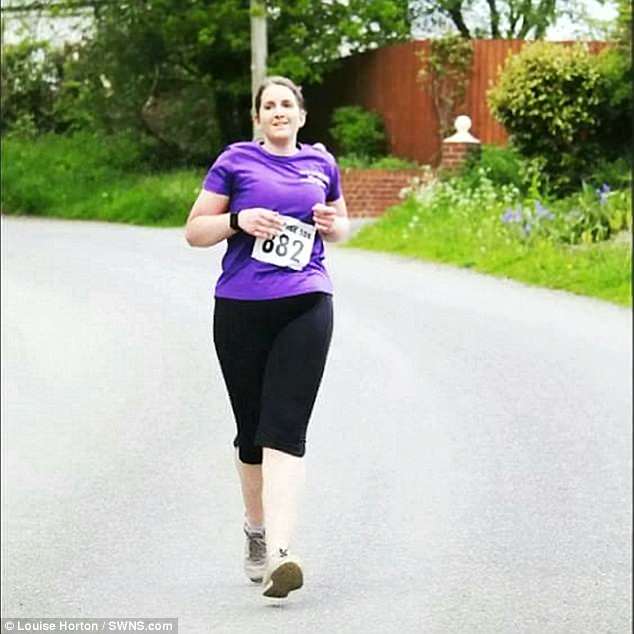 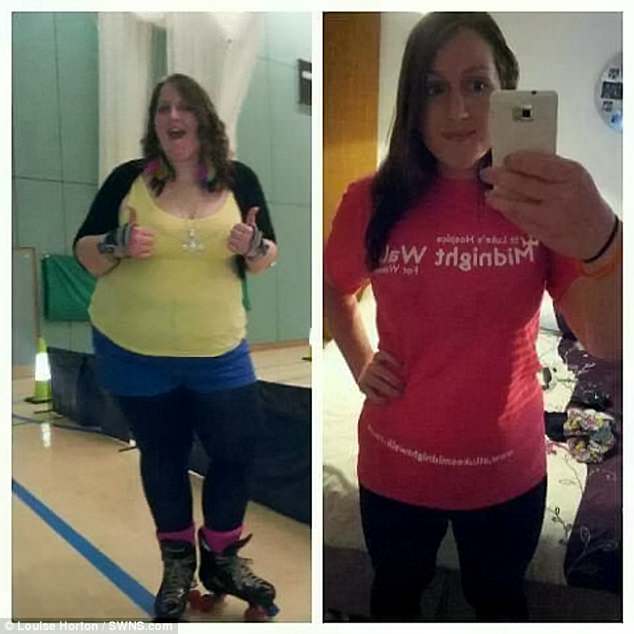 She continued: ‘I thought it would be much better for me personally to go it alone and go at a slow pace, even if it was just losing a pound a week.

‘I think it strengthened me as a person because I did it off my own back and because I made all the changes without someone telling me to, it’s easier for me to maintain.

‘It was all on my own terms. I’d rather eat an apple now than a chocolate bar – it’s ingrained in my mind.’

Louise started walking a mile and a half to work and back everyday as well as changing her eating habits. 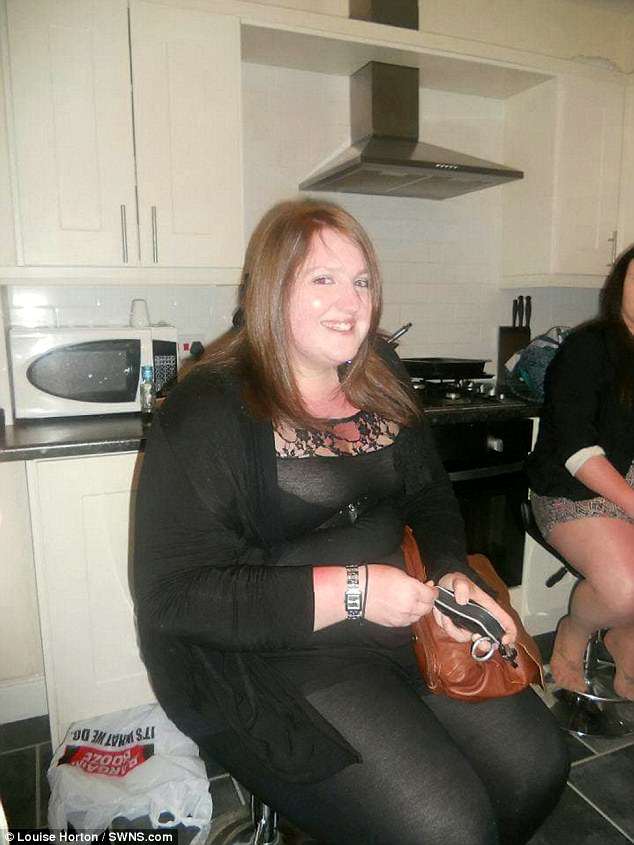 She keeps to three meals a day and has replaced unhealthy snacks with fruit, nuts and cereal bar 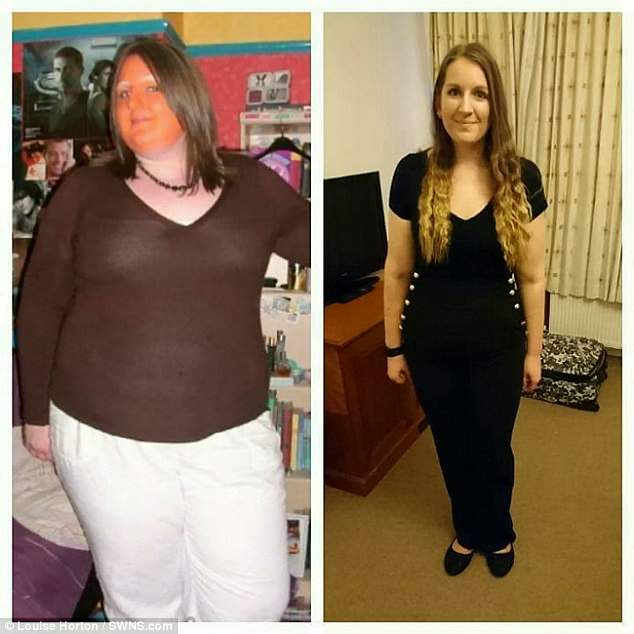 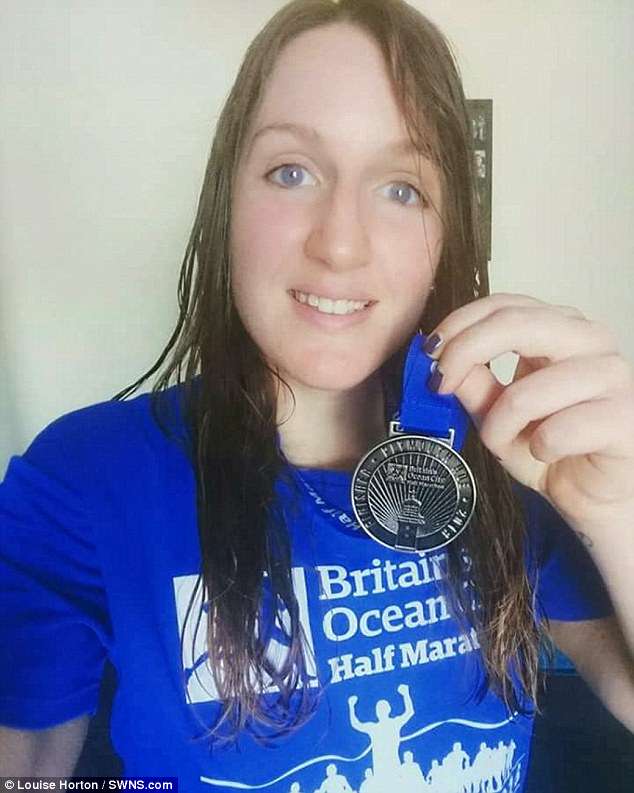 She now keeps to her three meals a day and has replaced unhealthy snacks with fruit, nuts and cereal bars.

‘I stopped eating McDonald’s in bed at crazy times and reduced my drinking on Friday nights with my friends because I knew that was having a bad affect,’ she said.

The change in her life is dramatic, five years ago Louise would be out of breath walking to the end of her street – but now she has completed her first half marathon.

She added: ‘It’s just phenomenal, the difference I’ve seen in myself. 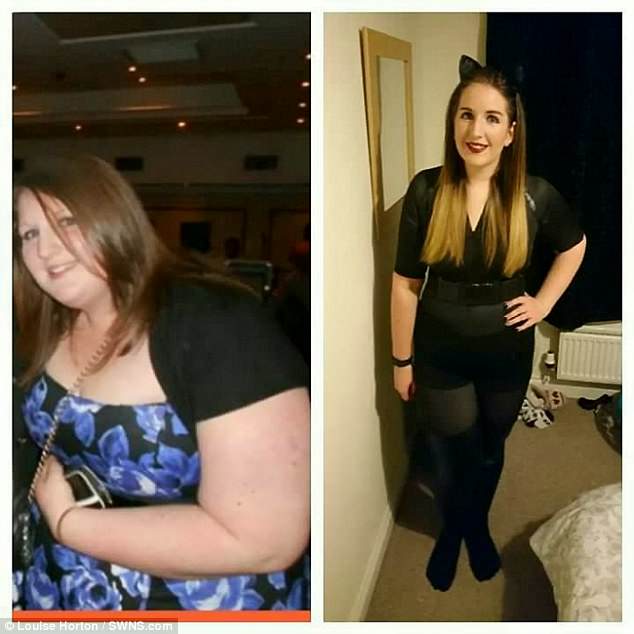 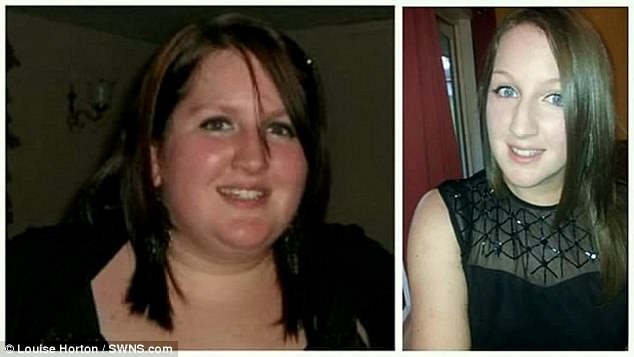 Louise was stuck in a vicious cycle of over-eating then comfort eating, and would even eat McDonald’s in bed

‘Doing the half marathon was one of the toughest things I’ve ever gone through but it was more than worth it.

‘It was such an emotional day because it just summed up everything I’ve been through as I crossed the finish line.

‘Just don’t give up whatever happens – even if you don’t lose anything straight away. 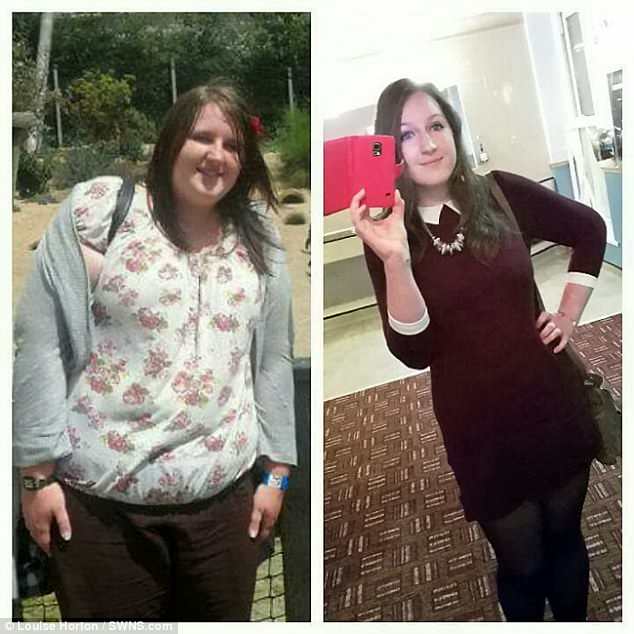 ‘It can be a slow process, it doesn’t happen overnight but it’s worth every second. Don’t take it to heart and don’t let it take over your life.

‘But I do believe, we as people can do anything if we put our minds to it.

‘I had no confidence and wouldn’t speak to new people but now I’m getting married to my soulmate and wearing a dress that no one would ever expect me to see me in.’