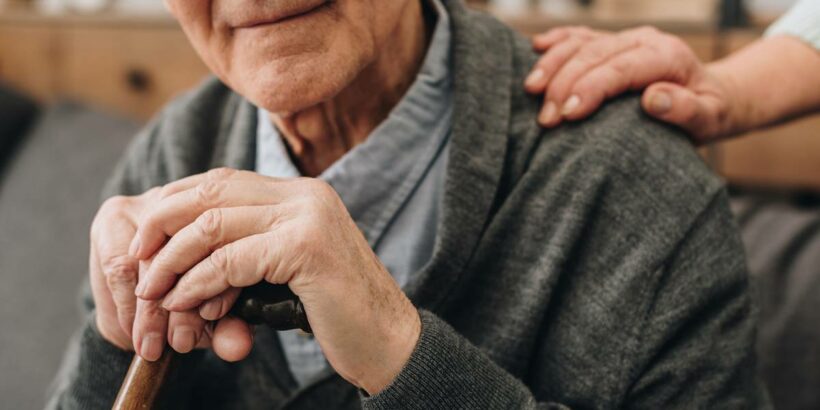 The research, tracking thousands of people from age 50 on, suggests those who sleep six hours or less a night are more likely to develop dementia in their late 70s.

Could getting too little sleep increase your chances of developing dementia?

For years, researchers have pondered this and other questions about how sleep relates to cognitive decline. Answers have been elusive because it is hard to know if insufficient sleep is a symptom of the brain changes that underlie dementia — or if it can actually help cause those changes.

Now, a large new study reports some of the most persuasive findings yet to suggest that people who don’t get enough sleep in their 50s and 60s may be more likely to develop dementia when they are older.

The research, published Tuesday in the journal Nature Communications, has limitations but also several strengths. It followed nearly 8,000 people in Britain for about 25 years, beginning when they were 50 years old. It found that those who consistently reported sleeping six hours or less on an average weeknight were about 30 per cent more likely than people who regularly got seven hours sleep (defined as “normal” sleep in the study) to be diagnosed with dementia nearly three decades later.

“It would be really unlikely that almost three decades earlier, this sleep was a symptom of dementia, so it’s a great study in providing strong evidence that sleep is really a risk factor,” said Dr. Kristine Yaffe, a professor of neurology and psychiatry at the University of California, San Francisco, who was not involved in the study.

Pre-dementia brain changes like accumulations of proteins associated with Alzheimer’s are known to begin about 15 to 20 years before people exhibit memory and thinking problems, so sleep patterns within that time frame could be considered an emerging effect of the disease. That has posed a “chicken or egg question of which comes first, the sleep problem or the pathology,” said Dr. Erik Musiek, a neurologist and co-director of the Center on Biological Rhythms and Sleep at Washington University in St. Louis, who was not involved in the new research.

“I don’t know that this study necessarily seals the deal, but it gets closer because it has a lot of people who were relatively young,” he said. “There’s a decent chance that they are capturing people in middle age before they have Alzheimer’s disease pathology or plaques and tangles in their brain.”

Drawing on medical records and other data from a prominent study of British civil servants called Whitehall II, which began in the mid-1980s, the researchers tracked how many hours 7,959 participants said they slept in reports filed six times between 1985 and 2016. By the end of the study, 521 people had been diagnosed with dementia at an average age of 77.

The team was able to adjust for several behaviours and characteristics that might influence people’s sleep patterns or dementia risk, said an author of the study, Séverine Sabia, an epidemiologist at Inserm, the French public-health research center. Those included smoking, alcohol consumption, how physically active people were, body mass index, fruit and vegetable consumption, education level, marital status and conditions like high blood pressure, diabetes and cardiovascular disease.

To clarify the sleep-dementia relationship further, researchers separated out people who had mental illnesses before age 65. Depression is considered a risk factor for dementia and “mental health disorders are quite strongly linked with sleep disturbances,” Sabia said. The study’s analysis of participants without mental illnesses found a similar association between short-sleepers and increased risk of dementia.

The correlation also held whether or not people were taking sleep medication and whether or not they had a mutation called ApoE4 that makes people more likely to develop Alzheimer’s, Sabia said.

The researchers found no general difference between men and women.

“The study found a modest, but I would say somewhat important association of short sleep and dementia risk,” said Pamela Lutsey, an associate professor of epidemiology and community health at the University of Minnesota, who was not involved in the research. “Short sleep is very common and because of that, even if it’s modestly associated with dementia risk, it can be important at a societal level. Short sleep is something that we have control over, something that you can change.”

Still, as with other research in this area, the study had limitations that prevent it from proving that inadequate sleep can help cause dementia. Most of the sleep data was self-reported, a subjective measure that isn’t always accurate, experts said.

At one point, nearly 4,000 participants did have sleep duration measured by accelerometers and that data was consistent with their self-reported sleep times, the researchers said. Still, that quantitative measure came late in the study, when participants were about 69, making it less useful than if it had been obtained at younger ages.

In addition, most participants were white and better educated and healthier than the overall British population. And in relying on electronic medical records for dementia diagnoses, researchers might have missed some cases. They also could not identify exact types of dementia.

“It’s always difficult to know what to conclude from these kinds of studies,” wrote Robert Howard, a professor of old age psychiatry at University College London, one of several experts who submitted comments about the study to Nature Communications. “Insomniacs — who probably don’t need something else to ruminate about in bed,” he added, “shouldn’t worry that they are heading for dementia unless they get off to sleep immediately.”

There are compelling scientific theories about why too little sleep might exacerbate the risk of dementia, especially Alzheimer’s. Studies have found that cerebrospinal fluid levels of amyloid, a protein that clumps into plaques in Alzheimer’s, “go up if you sleep-deprive people,” Musiek said. Other studies of amyloid and another Alzheimer’s protein, tau, suggest that “sleep is important for clearing proteins from the brain or limiting the production,” he said.

One theory is that the more people are awake, the longer their neurons are active and the more amyloid is produced, Musiek said. Another theory is that during sleep, fluid flowing in the brain helps clear out excess proteins, so inadequate sleep means more protein buildup, he said. Some scientists also think getting sufficient time in certain sleep phases may be important for clearing proteins.

Lutsey said too little sleep might also function indirectly, fueling conditions that are known dementia risk factors. “Think of someone who is staying up too late and having snacks, or because they get very little sleep, they have low motivation for physical activity,” she said. “That could predispose them to obesity and then things like diabetes and hypertension that have been pretty robustly linked to dementia risk.”

Another theory is “a shared genetic link,” said Yaffe, “genetic pathways or profiles that go along with both shorter sleep and increased risk of Alzheimer’s.” She and others said it’s also possible that the sleep-dementia relationship is “bidirectional,” with poor sleep fueling dementia, which further reduces sleep, which worsens dementia.

Experts seem to agree that researching the sleep-and-dementia connection is challenging and that previous studies have sometimes yielded confusing findings. In some studies, for example, people who sleep too long (usually measured as nine hours or more) appear to have greater dementia risk, but several of those studies were smaller or had older participants, experts said. In the new study, results hinted at increased risk for long sleepers (defined as eight hours or more because there weren’t enough nine-hour sleepers, Sabia said), but the association was not statistically significant.

Experts said they couldn’t think of scientific explanations for why long sleep would increase dementia risk and that it might reflect another underlying health condition.

The new study also examined whether people’s sleep changed over time. There appeared to be slightly increased dementia risk in people who shifted from short to normal sleep, Sabia said, a pattern she believes may reflect that they slept too little at age 50 and needed more sleep later because of developing dementia.

So, if short sleep is a culprit, how can people get more zzz’s?

“In general, sleeping pills and a lot of other things don’t give you as deep of a sleep,” Yaffe said. And “we really want the deep sleep because that seems to be the time when things get cleared out and it’s more restorative.”

She said naps are OK to catch up on missed sleep, but getting a good night’s sleep should make naps unnecessary. People with sleep disorders or apnea should consult sleep specialists, she said.

For others, Lutsey said, having a regular sleep schedule, avoiding caffeine and alcohol before bedtime and removing phones and computers from the bedroom are among the Centers for Disease Control and Prevention’s “sleep hygiene” guidelines.

But much about sleep remains puzzling. The new study “provides a pretty strong piece of evidence that sleep is important in middle age,” Musiek said. “But we still have a lot to learn about that and how the relationship actually occurs in people and what to do about it.”