Here are five things we learned from the blue brand. 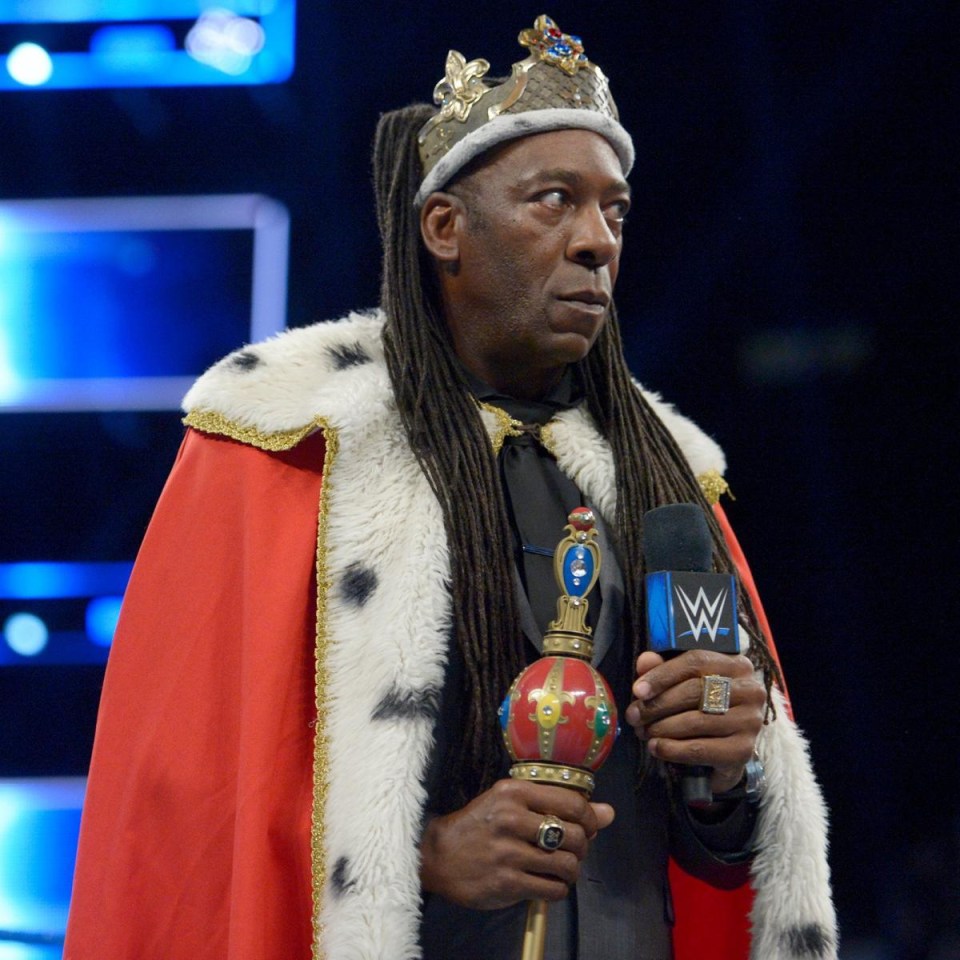 King Booker is back

In a “tell me I didn’t just see that” moment, the show opened with the return of King Booker pronounced “Book-ah”) – a gimmick Booker T hasn’t played for over ten years. 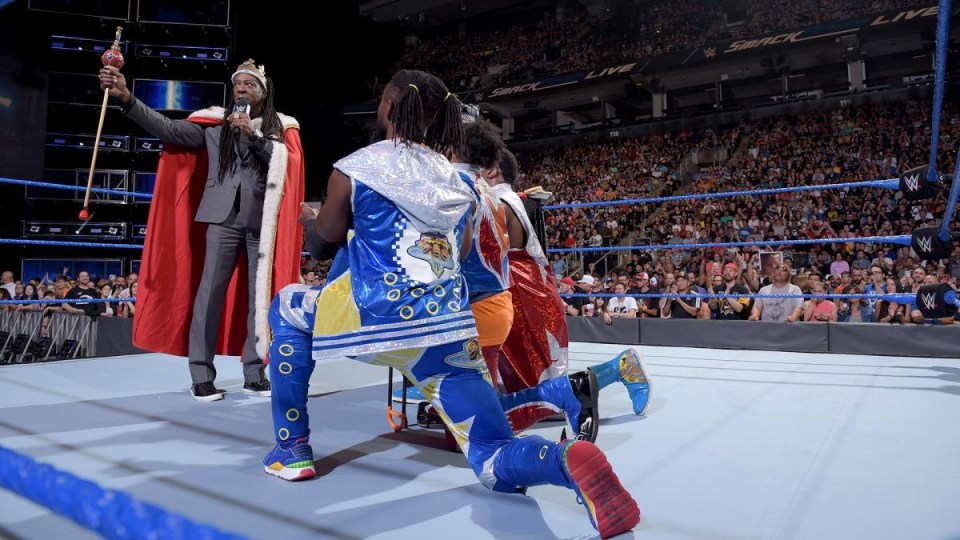 After knighting the members of The New Day, Booker then hit his trademark spinaroonie, before The New Day members each had a go themselves.

Booker was hilarious on the mic – and still looks like he could go in the ring.

It was a daft segment but lots of fun to see Booker’s underrated King character make an appearance.

Sheamus and Cesaro are one step closer to the tag titles

Last week The Bar clashed with Luke Gallows and Karl Anderson backstage to set up a number one contender’s matchup.

This week, Primo and Epico Colon (remember them?!) were added to the mix to make it a triple threat.

The result was still as expected, as Sheamus and Cesaro picked up the win.

But they’re not number one contenders just yet. 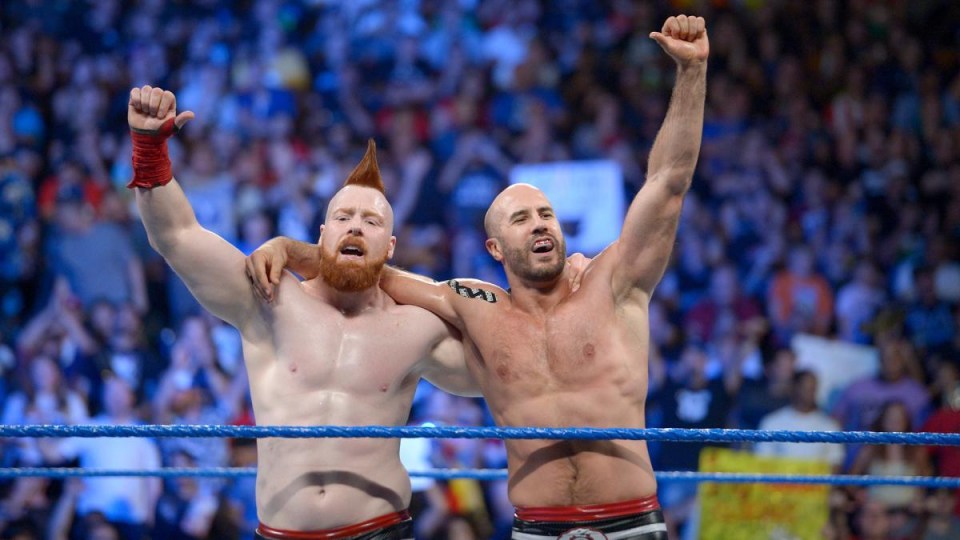 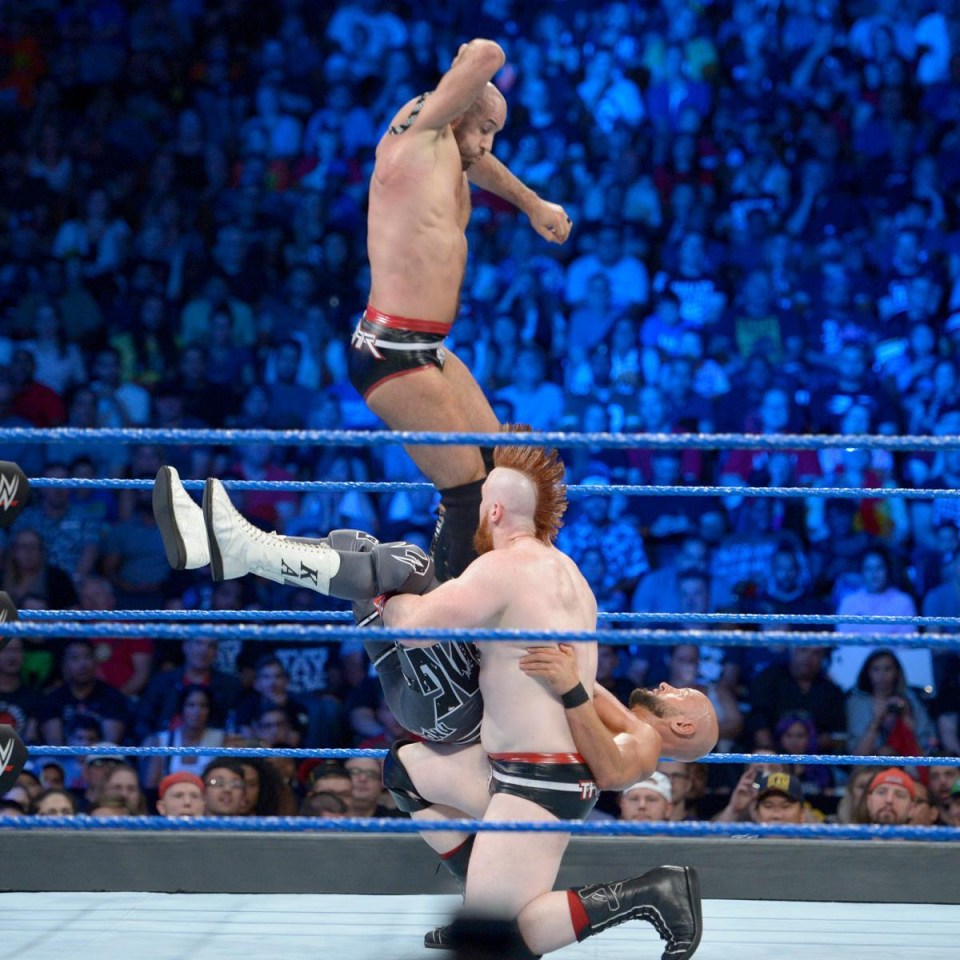 The winners of that match will then face The Bar to determine who faces The New Day at Hell in a Cell.

It’s all a bit convoluted. Can’t WWE just make The Bar v The New Day (the match we all want to see) and be done with it?

Hardy cut a promo on the daredevil beating he gave Randy Orton last week, when he smashed Orton through a table with a Swanton Bomb.

Hardy – in full enigma makeup – said he felt “like the Jeff Hardy of old… reborn, re-broken by fate.”

Orton came out to confront Hardy, but refused to step in the ring and fight on Hardy’s terms (he resorted to calling the Canadian fans “stupid” for cheap heat). 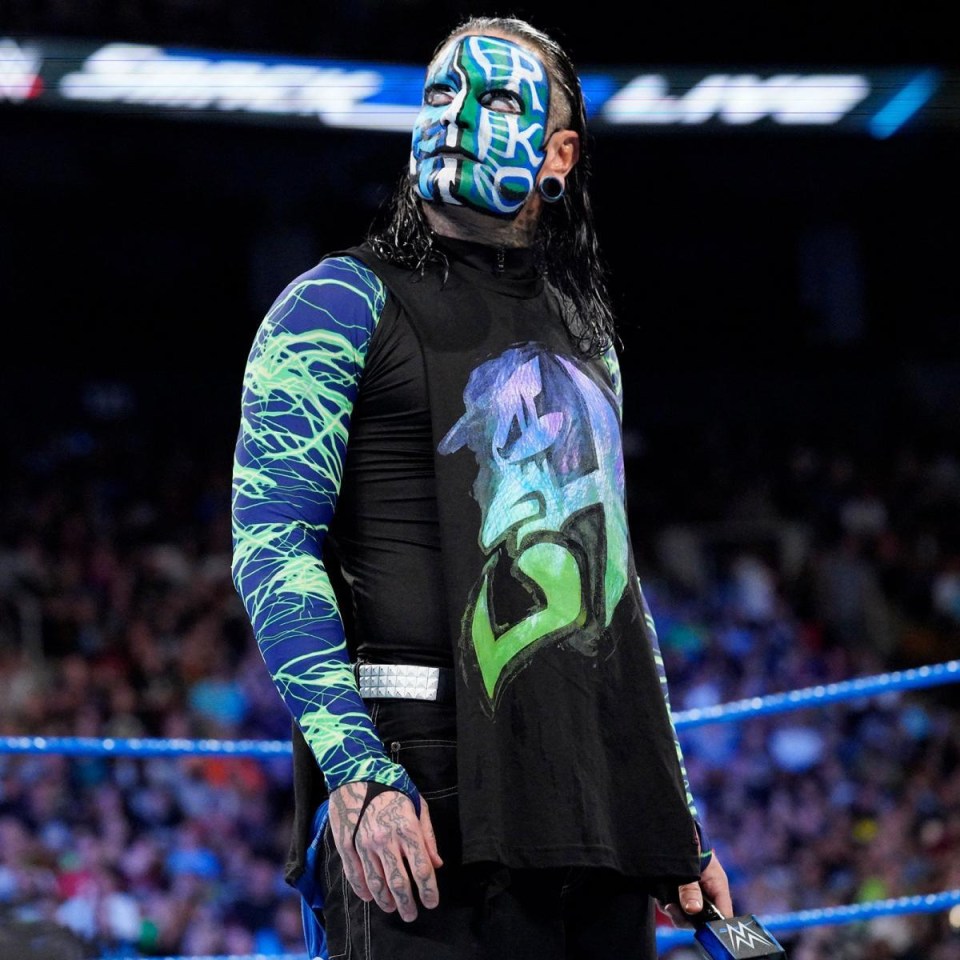 START OF A NEW REIGN

Hardy then challenged Orton to a Hell in a Cell match at the upcoming PPV, which visibly rattled The Viper.

It’s exactly the sort of thing that’s killed the HIAC gimmick in recent years, as WWE feels obliged to book three HIAC matches each year to pad out the PPV.

This feud is nowhere near hot enough to put inside WWE’s most demonic structure.

The Miz and Maryse are SmackDown’s power couple

Daniel Bryan and Brie came to the ring to talk about their clash with Miz and Maryse last week – and their upcoming mixed tag match at Hell in a Cell.

(Almas really is a superb worker – we’re expecting big things from him.) 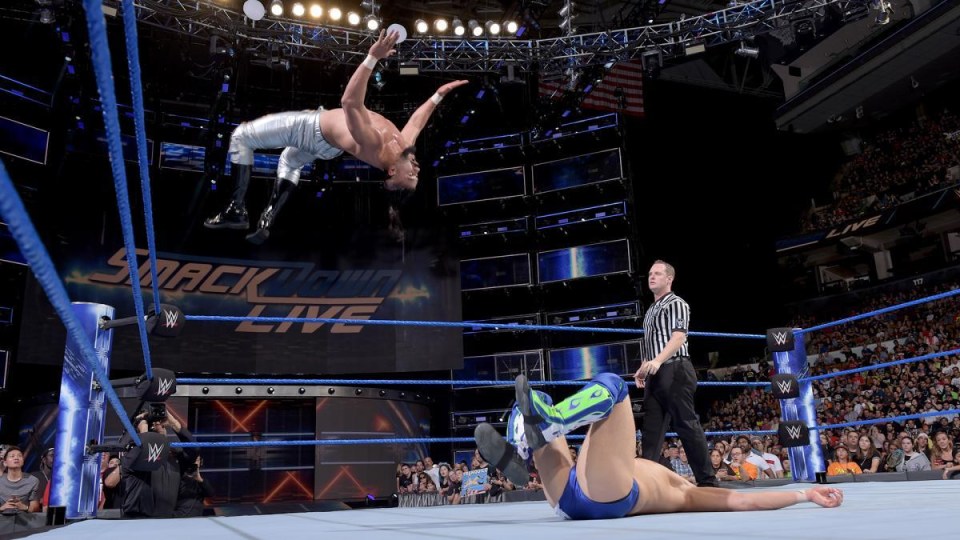 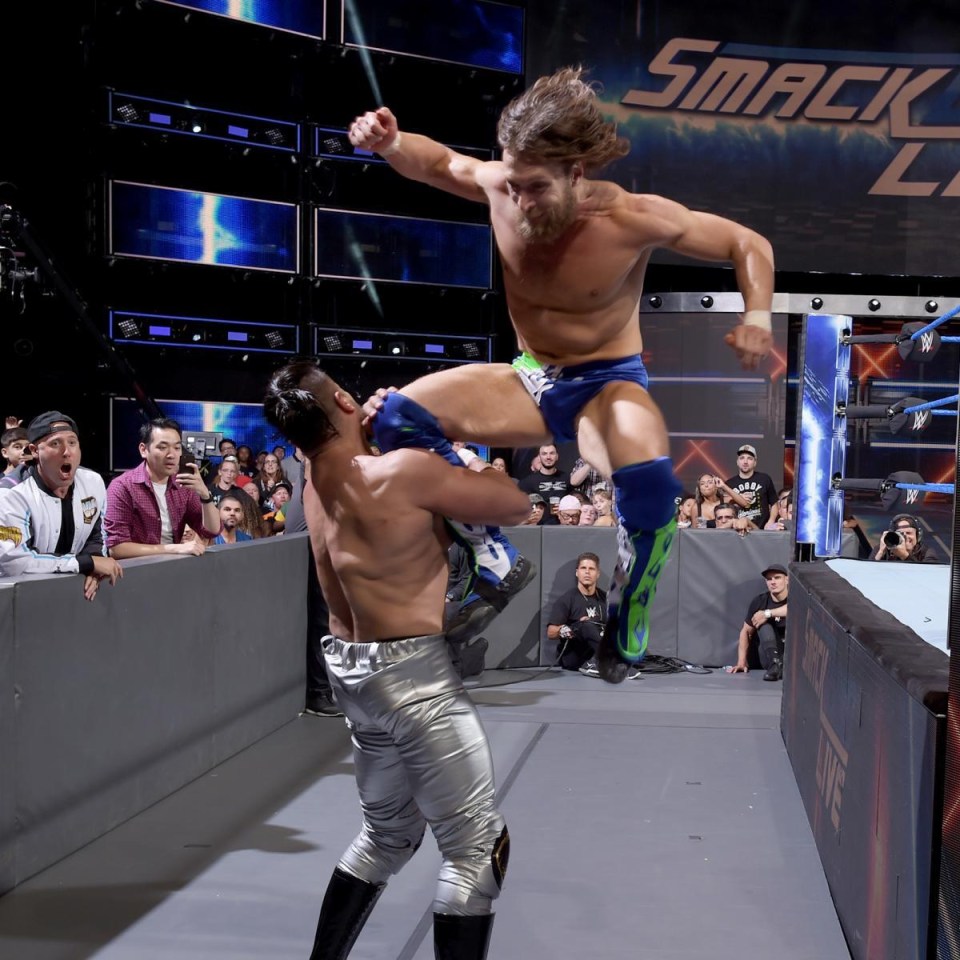 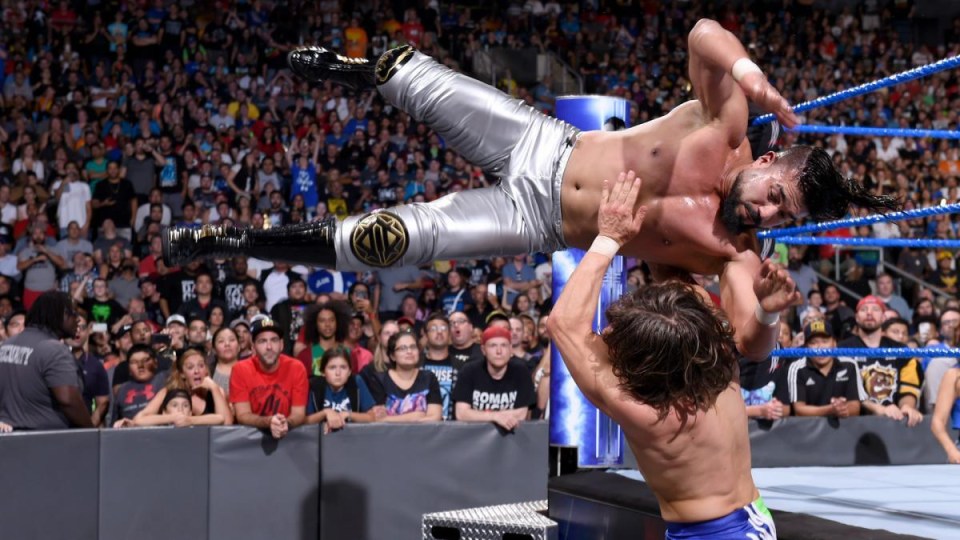 But the match was predictably interrupted by Miz and Maryse, who interfered in the match to cause a DQ finish.

Almas and Vega helped Miz beat down Bryan and Brie, which ended with Miz trapping Bryan in the Yes Lock and Maryse nailing Brie with a DDT.

Their SummerSlam match might not have been a big “YES!” but this is still a cracking feud.

Carmella challenged Charlotte Flair in the main event to try and reclaim the SD women’s title.

To the surprise of no one, Charlotte retained the title after locking Carmella in a painful- looking Figure-8. Presumably, Carmella is now finished as a title contender.

But Becky stole the spotlight again when she jumped Charlotte from behind and gave the champ a crowd-pleasing beat-down. 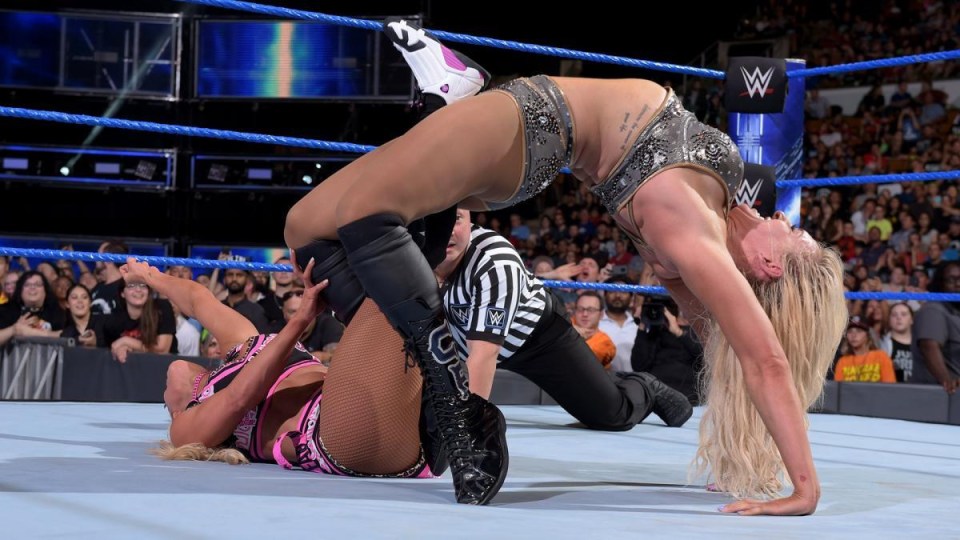 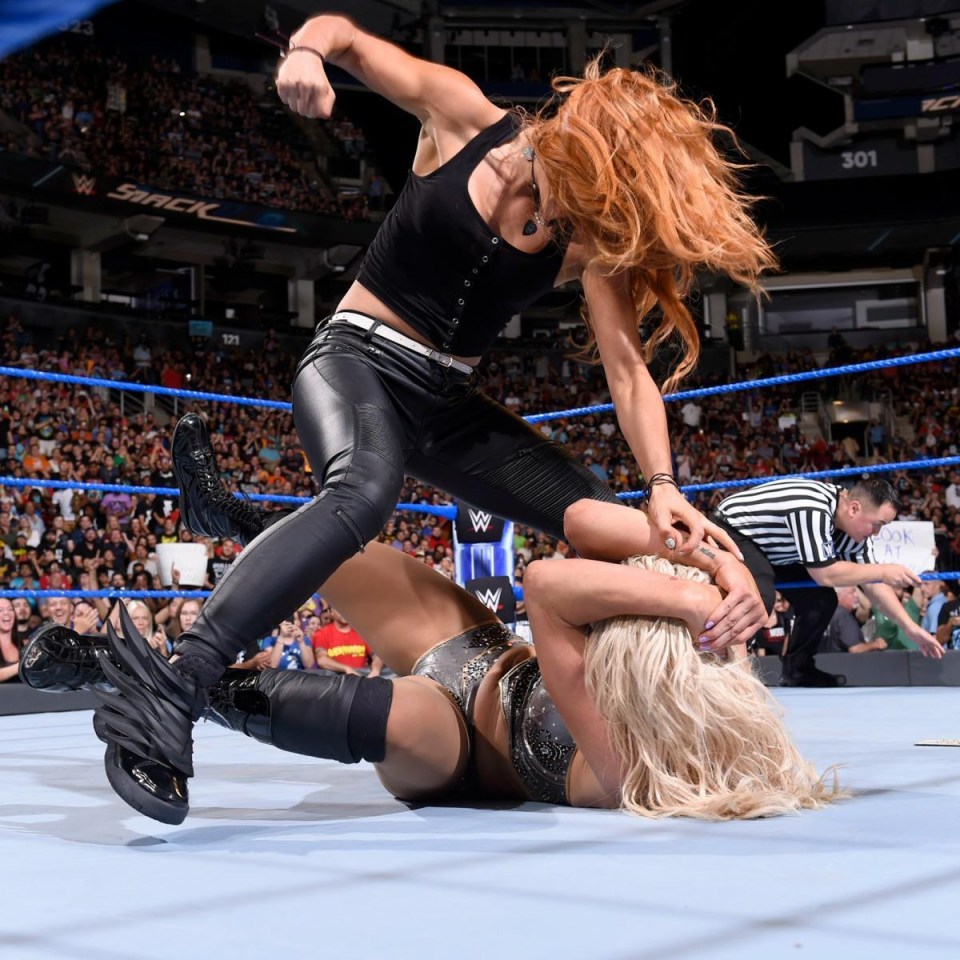 Becky then promised: “Come Hell in a Cell I’m taking my title back… you b**ch.”

Becky Lynch is becoming the hottest superstar in the company.

WWE should capitalise by doing a double-turn with Charlotte and Becky, so they reverse babyface and heel roles.