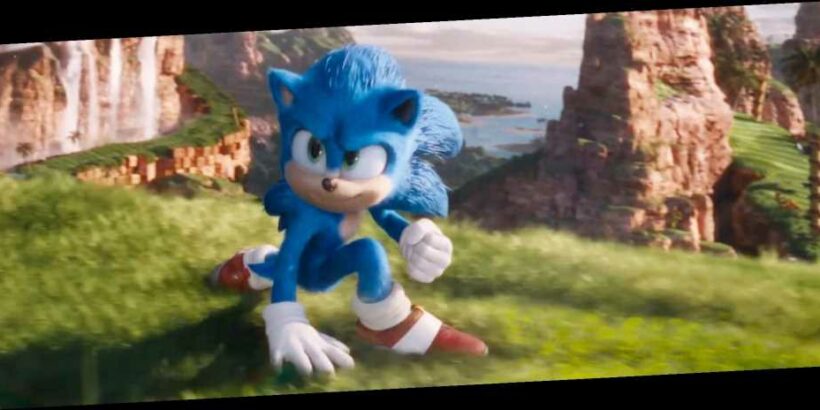 The blue blur of gaming is heading to Netflix for a new 3D-animated series, with Sonic Prime, consisting of a 24-episode first season, scheduled for release some time in 2022.

No word yet on whether it will have a demon teeth situation, but the folks at WildBrain are animating the series, so probably not. WildBrain developed the Netflix Carmen Sandiego series and the Apple TV+ Snoopy Show, among others.

Sonic Prime will see Sonic racing to save the universe, including "a strange new multiverse." The Man of Action Entertainment writing collective, which created Ben 10, will serve as showrunners and executive producers.

Netflix released the show's logo treatment to accompany the news.

"Sonic the Hedgehog is a global entertainment icon that has captivated audiences since its video game debut in 1991," Ivo Gerscovich, Chief Brand Officer at SEGA, said in a statement. "With over 1.14 billion game units sold and downloaded to date, an exciting feature film, a robust licensing program and more, SEGA's iconic hedgehog continues to surprise and delight audiences worldwide."

"This premium franchise is ideally suited to WildBrain's capabilities and it's already inspiring great things from our talented creative teams," President of WildBrain Josh Scherba added. "We've witnessed first-hand the enduring popularity of this brand from the strong and steady global demand for our library of legacy Sonic series. We look forward now to bringing fresh and exciting Sonic content to fans both new and old."

Paramount released its new CG-animated, live-action hybrid Sonic the Hedgehog movie in 2020 and it dominated the box office, becoming the highest grossing video-game-based movie domestically of all time. A sequel is in the works.

This story originally appeared on ew.com