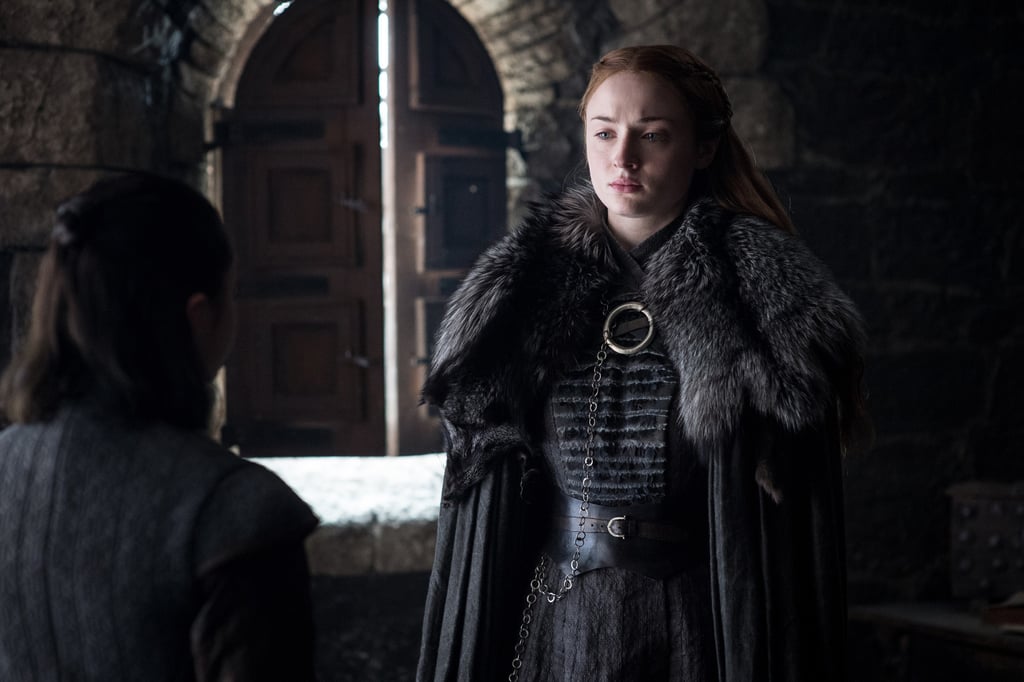 Sophie Turner Got a Mysterious Game of Thrones Tattoo, and We Have QUESTIONS

Caution: Sophie Turner’s newest tattoo will intrigue and possibly frustrate you. The 22-year-old actress and her fiancé, Joe Jonas, recently got some new ink in Sydney, Australia, and if you’re a Game of Thrones fan, you might have some questions. While Jonas went for fun-loving cartoon characters, Turner’s elegant tattoo features the House Stark emblem, honoring her character Sansa, but it’s the wording below that sends a mysterious message. “The pack survives,” her tattoo reads, according to a photo shared by tattoo artist Lauren Winzer.

The quote itself is a callback to Sansa’s voiceover from the Game of Thrones season seven trailer and an even further throwback to a moment between Ned Stark and Arya in the books. “When the snows fall and the white winds blow, the lone wolf dies, but the pack survives,” the full quote reads.

So . . . what does that mean? Is it simply a throwback to a significant moment for Sansa and, as a result, Turner? Or, could it be a hint of what’s to come for the remaining Starks? Will they stick together in the upcoming season? Will they all survive? There’s plenty of speculation to throw around while waiting for season eight, but for now, let’s simply admire Turner’s beautiful tattoo. Ahead, see the ink she and Jonas got together (his are a little sillier) and find out what tattoo Emilia Clarke’s planning on getting to commemorate Daenerys.