Fasten your seatbelts, people. Sophie Turner and Joe Jonas’ Game of Thrones premiere body language is an emotional rollercoaster. I consulted with Traci Brown, body language expert and author of Persuasion Point to see exactly what can be learned from their red carpet body language. Brown looked at two pictures of the couple absolutely slaying it on the red carpet and explained everything there is to know about them based on those two images.

Needless to say, their body language on the red carpet when millions and millions of cameras are flashing at them and tons of reporters are calling their names and Turner has to be worrying about whether or not people are going to like her performance in the show everybody is walking down the red carpet to see is… not quite going to be standard. How these people act on red carpets is probably not how they act around each other when they’re just chilling at home in their sweats watching re-runs of Game of Thrones.

In fact, Turner hasn’t been shy about admitting that she’s happier in private with Jonas than she is in the public eye. “I appreciate the private moments more than the public ones; I don’t go out as much as I used to. I’m a hermit,” Turner recently told Glamour UK in March 2019. “As an actor, it’s important to be able to dissolve into a character, to maintain some sort of anonymity and it’s hard if you’re dating a Jonas brother. Well, I think they [the paparazzi] follow Joe — I’m just the tag-along!”

Well, at the premiere the roles reversed and Jonas was actually the one being the tag along. And it looks like things still went very well for the duo. 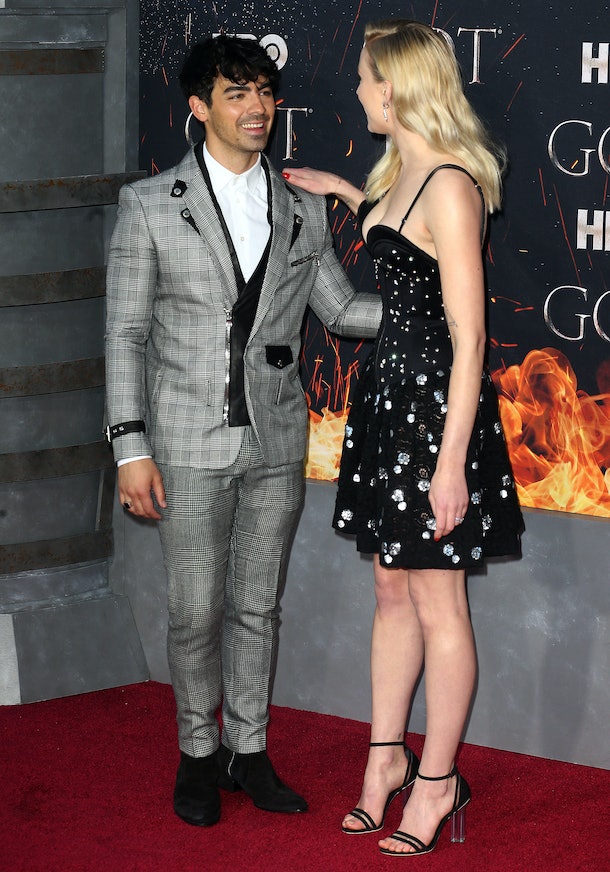 "This is the happiest I’ve ever seen him," Brown exclaims upon seeing this picture. "He’s looking her straight in the eyes, they’re reaching for each other in a similar manner. Seems like they’re a good couple together." In fact, Brown says that based on this picture, it’s clear that the two have a foundation of "total support."

But they also can’t stand to be on the red carpet for too long. 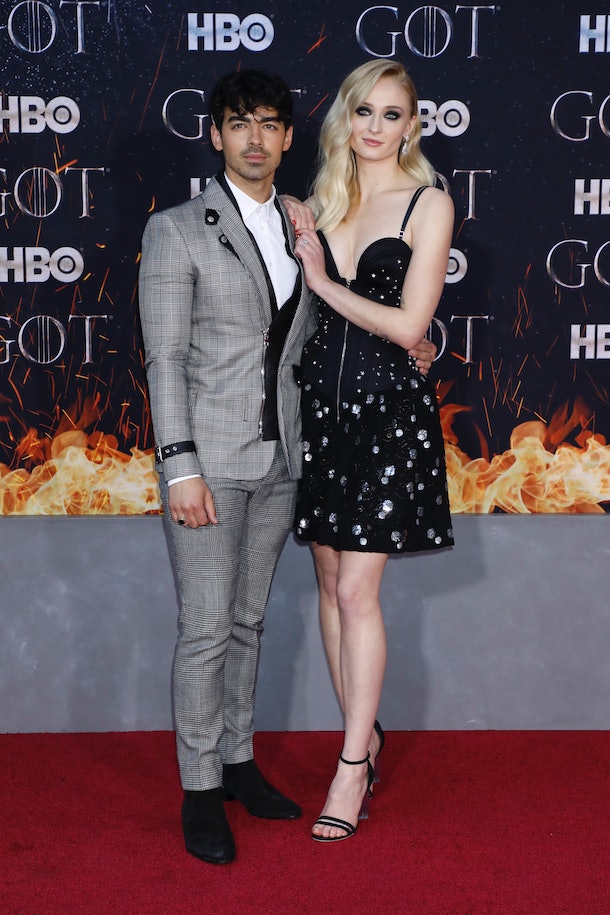 "What happened to that loving couple?" Brown wonders. "He’s back to his expressionless self and she looks irritated to be there. See how her smile is crooked? That’s a show of mixed emotions. These two really flipped the switch."

Honestly, my best bet is that their unhappiness in this picture has something to do with the quote mentioned earlier. Turner doesn’t love being the center of attention and, in this moment, she definitely was.

And! One more thing! We can’t ignore the fact that they both appear to be unenthused about being there in this picture. Classic them. So on the same page.

Even if they don’t seem to be totally happy in this one picture, Turner has made it clear in interviews that Jonas makes her just as happy as she seems to make him in that first picture.

"A lot of [my happiness now] is to do with being with a person I’ve fallen in love with, who loves me more than he loves himself, and who wants to see me find my own happiness," Turner told Glamour UK. "That was probably the biggest thing that pushed me to find who I am – and find my happiness in things other than acting."