STARBUCKS has launched two new flavours of frappuccino – and they taste of peanut butter and chocolate and marshmallows. 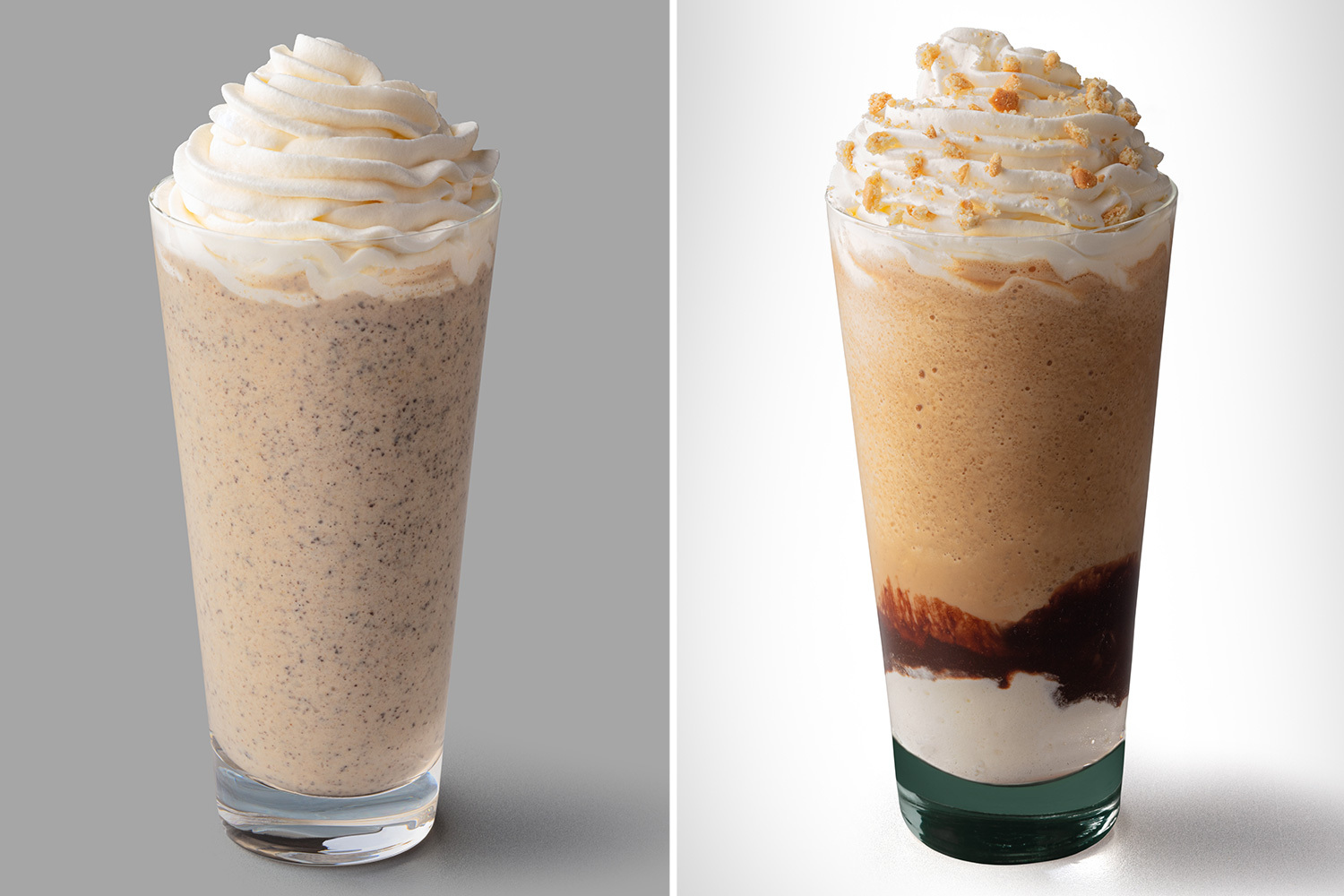 It has similarities to Reeses' Peanut Butter Cup chocolate treats, which consist of two circular chocolate-shaped cups that are filled with peanut butter.

Meanwhile, the iced chocolate marshmallow s'mores drink can be either coffee or cream blended with chocolate sauce, vanilla syrup and a special marshmallow whipped cream and biscuit crumbled on top.

It's based off the flavours of a popular American sweet snack called a s'more, which is a biscuit sandwich filled with toasted marshmallows and melted chocolate.

They're usually eaten around campfires and the biscuits are graham crackers, which are similar to digestive biscuits.

Both of the drinks can also be topped with whipped cream, which means they're indulgent treats.

Starbucks prices vary by branch but they'll start from £3.45 for the mini size, which is 280ml. We've asked if cream on top is included in the price or if it's extra and we'll update this story when we know more.

Starbucks is taking part in the Eat Out to Help Out scheme until August 31, which means you can get the drinks for half price on Mondays, Tuesdays, and Wednesdays if you dine-in.

But if you want to get your hands on the treats they're only available until September 30, so make sure you head out to your nearest branch to try them soon.

Starbucks revealed in July that it's also launching an apple and kiwi flavoured drink for this summer.

Costa and Starbucks also previously revealed they were slashing their prices after a VAT cut.

And we've rounded up the best deals so you can make the most of the Eat Out to Help Out scheme.