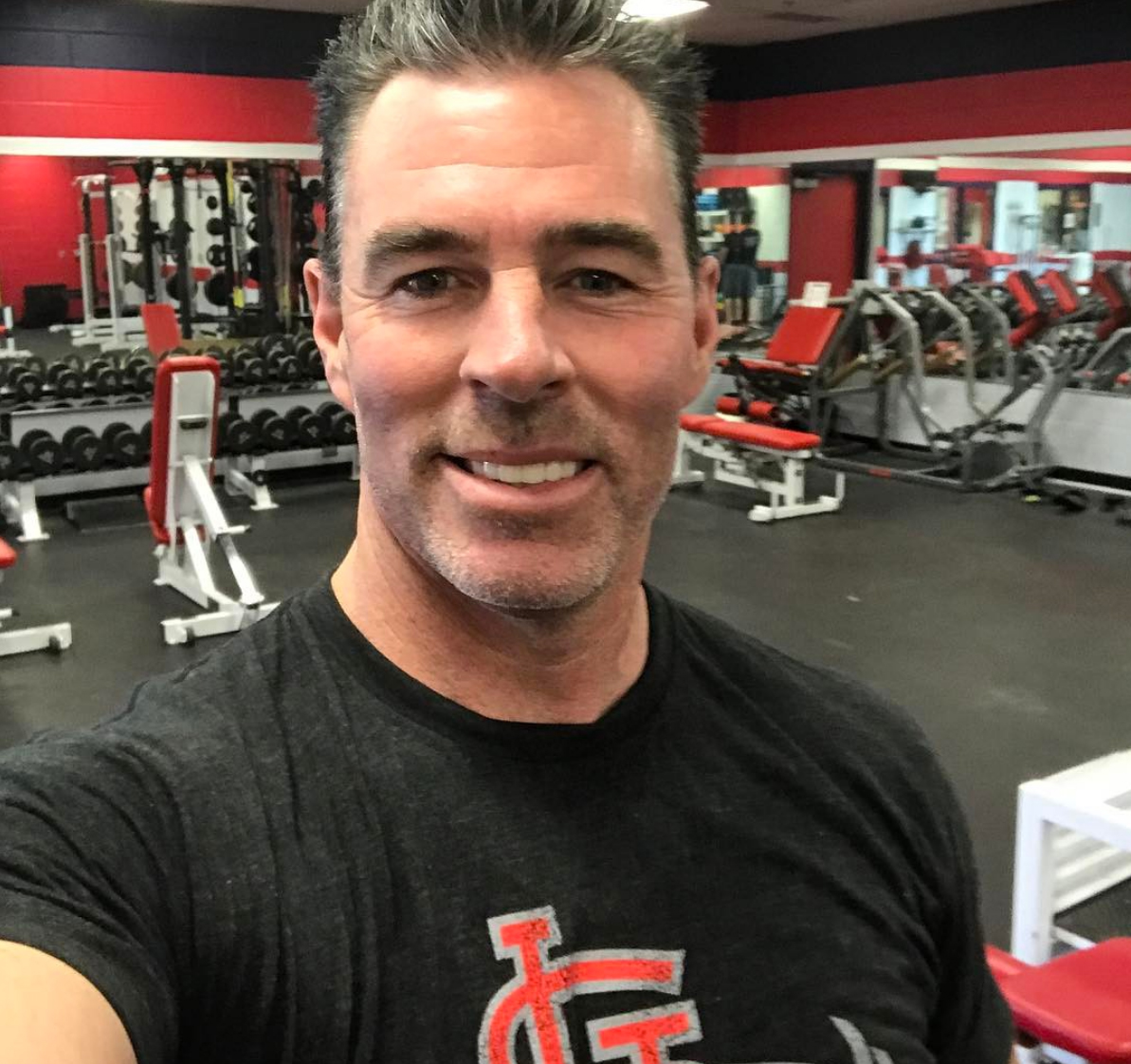 Neat and tidy. Jim Edmonds personal life might be a bit messy right now, but his refrigerator is anything but.

The former MLB star, 49, recently took to his Instagram Stories to show off portions of his new home in Saint Louis, Missouri. After giving his social media followers a look at his chic free-standing bathtub, the athlete switched rooms and headed to the kitchen.

Once there, he opened his refrigerator and revealed multiple neatly organized sections comprised of several rows of different beverages. The top shelf was filled with water bottles standing upright, while the shorter shelf directly below it housed a dozen more bottles of an unidentifiable drink.

Below that, Edmonds had a shelf devoted entirely to Diet Coke, and another space for even more water bottles. The refrigerator doors, which also have storage space. were reserved for various cans and sports drinks. 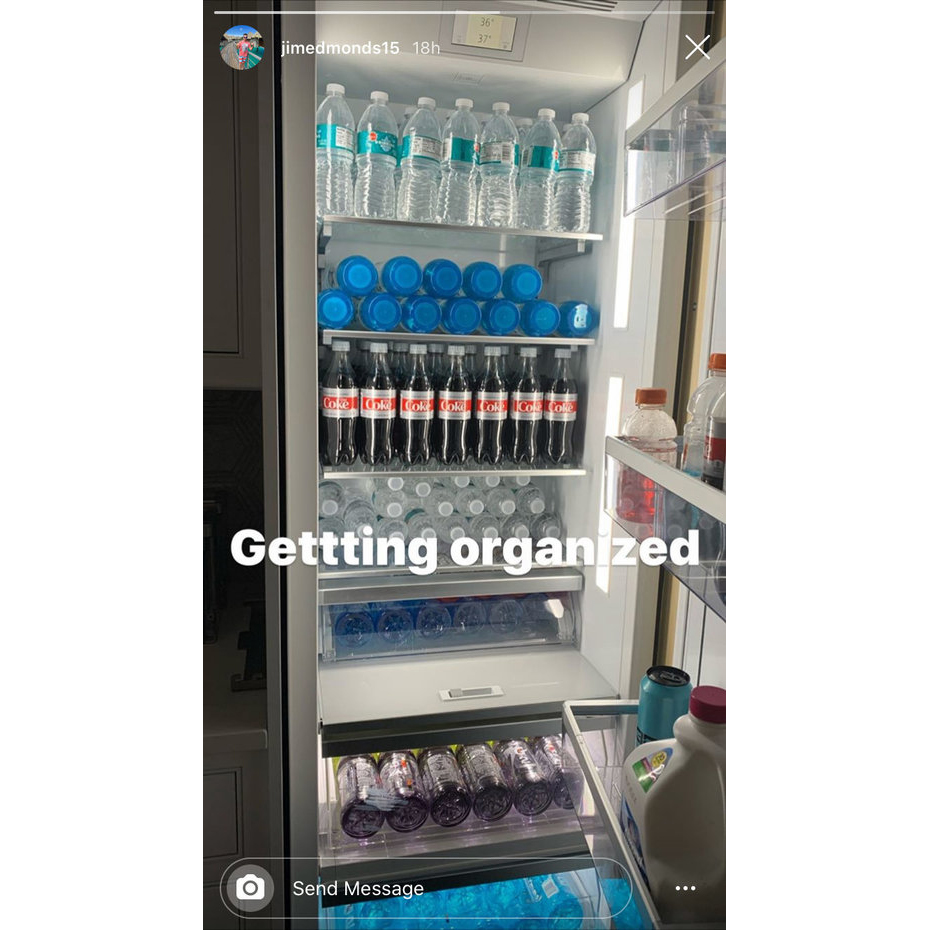 Edmonds’ organizing spree comes about two weeks after he revealed he was moving into his new home. When he first broke the news of the new abode, the former St. Louis Cardinals player shared various clips of his kids exploring their new house.

Together with his estranged wife, Meghan King Edmonds, Jim is the father of 2-year-old daughter Aspen and 17-month-old twins, Hayes and Hart. He’s also the dad of Sutton and Landon Edmonds, his two older children who he shares with his ex-wife Allison Edmonds.

Us Weekly broke the news on October 25 that Jim filed for divorce from Meghan after five years of marriage. A source told Us that the Bravo star accused Carly Wilson, one of the now-estranged couple’s four nannies, of having an affair with Jim. The former baseballer and the 22-year-old nanny both denied the allegations.

In an exclusive statement to Us, Jim called the claims, “dangerous, irresponsible and hurtful.” He also addressed the controversy in an Instagram post on October 28. “It’s one thing to be accused of something. It’s another thing to be so negligent and so careless, and ruin the lives of innocent young people,” he wrote.

In an exclusive interview with Us, Meghan addressed Jim’s statements since their split.

“I have endured prolific controlling by Jim and it isn’t slowing down,” the Missouri native said on November 4. “Even when I make an unassuming post on Instagram, he hurls insults at me for a battery of made-up indiscretions. I’m sick of the abuse and I won’t engage anymore — and I don’t have to.”

Jim isn’t the first star to show off a meticulous refrigerator following an ugly split. When Khloé Kardashian returned to California full time in June after parting ways with Tristan Thompson in the wake of his cheating scandal, she hired a home organization company to revamp her mansion. Part of the revamping included color-coordinating all the items in her refrigerator and arranging them in height order. “[This] makes me happy,” she said at the time.