Ayesha Curry is referenced on a new song from Drake’s album, but her husband, Steph Curry, doesn’t seem to have an issue with it. He even congratulated Drizzy for the new record!

Drake name-dropped Ayesha Curry on one of the tracks from his new album, Certified Lover Boy, which dropped on Sept. 3. “How am I supposed to wife it? You not Ayesha enough,” Drake raps on the song “Race My Mind,” seemingly hinting that Ayesha is the standard for what he’s looking for in a woman. Of course, Ayesha herself is already taken — her husband is NBA star, Stephen Curry.

Luckily, Steph appears to totally support Drake referencing his wife in this way. After Drake dropped the album, Steph tweeted at him, “Congrats Bro!” Ayesha also re-posted Drake’s Instagram with the album’s information and included several clapping emojis, as well as a gold trophy emoji. Clearly, these two are big Drake fans, although it’s unclear if they were fore-warned about the Ayesha mention on the album.

Even though Drake and Steph are totally cool with each other, Drake is actually not a fan of the basketball player’s NBA team, the Golden State Warriors. Rather, Drake roots for his hometown team, the Toronto Raptors. The Raptors and Warriors actually played each other in the 2019 NBA Finals, and at the time, Drake made a point of trolling Steph during the series. At one point, he even liked one of Ayesha’s Instagram photos, which had fans cracking up (luckily, everyone pretty much realized it was all in good fun). The Raptors wound up winning the series. 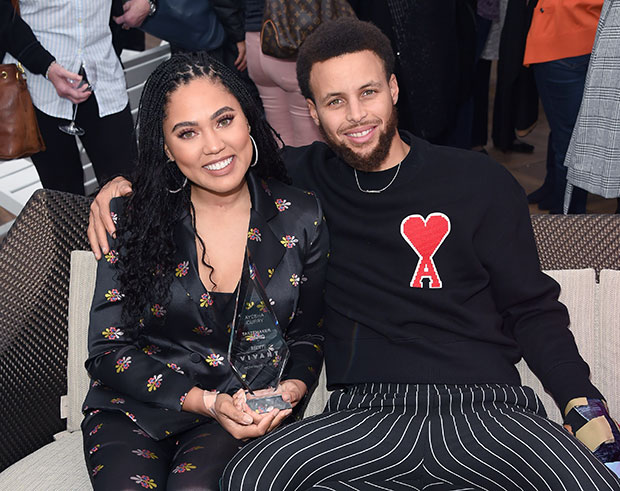 Meanwhile, back in September 2020, Steph also paid Drake a visit in Canada, where they shot some hoops together. Videos surfaced online of the two having a shoot-around at Drake’s OVO court in Toronto.

Drake’s Certified Lover Boy album was initially supposed to be released at the beginning of 2021, but was pushed back several months to September. The album features 21 songs. There are collaborations from some of the biggest artists in the rap genre, including Travis Scott, JAY-Z, Lil Wayne, Rick Ross, Kid Cudi and more.