STEPHEN GLOVER: The most absurd thing about the Tories going soggy on crime is they’re letting Corbyn’s Labour look like the party of law and order 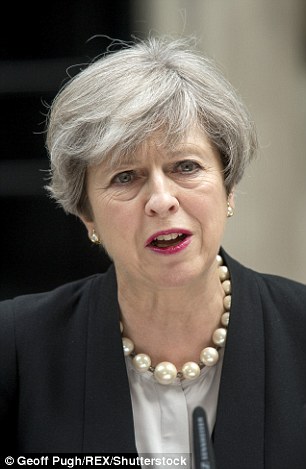 When did the Tories stop being the party of law and order? Why did they jettison their reputation for being tough on crime?

When did the Tories stop being the party of law and order? Why did they jettison their reputation for being tough on crime?

Thirty years and more ago, Conservative conferences were dominated by the subject.

In the early Eighties, Willie Whitelaw announced his ‘short, sharp, shock’ policy which led to young offenders being incarcerated in secure units.

In the Nineties, another Tory Home Secretary, Michael Howard, introduced a tougher penal policy which led to a sharp increase in the prison population — and a fall in the crime rate.

But in recent years, although rank-and-file Conservative Party members are as exercised by law and order as ever, the party hierarchy has become increasingly unconcerned.

The key moment came in 2010 when, as part its well-intentioned programme of reducing an out-of-control national deficit bequeathed by Labour, the Conservative-led Coalition began to cut back police and prison officer numbers savagely.

It’s true that for a time this policy appeared to have no ill-effects. Indeed, many categories of crime continued to decline in the early years of the Coalition.

Those happy days are, however, long gone. Crime is soaring. And it is dawning on many people that the political party once most trusted with law and order is presiding over an almighty mess for which it is largely responsible.

The police are increasingly ineffectual, and clear-up rates are falling. If a criminal ever gets to court, he or she may well be let off, as the Mail has revealed this week in a series of shocking cases.

And the criminal who improbably ends up in jail could be exposed to appalling violence, squalor and brutality, as recent reports of the breakdown in Birmingham prison attest.

Many jails are academies of further criminality. The chances of rehabilitation for anyone sent to one of these anarchic institutions are fractionally above zero.

Money — or rather ill-focused cuts — is a big part of the problem. But there is also plenty of evidence that almost no one in the upper echelons of government cares much about rising crime — or has any idea of what to do about it. 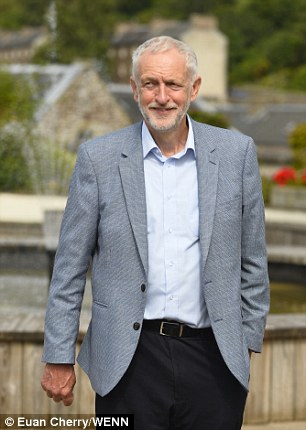 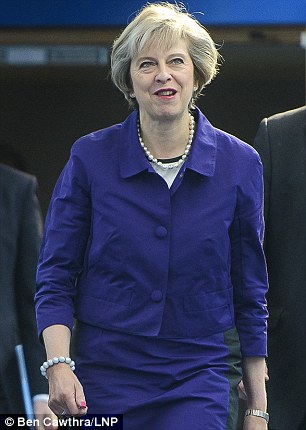 The key moment came in 2010 when, as part its well-intentioned programme of reducing an out-of-control national deficit bequeathed by Labour, the Conservative-led Coalition began to cut back police and prison officer numbers savagely

Nor can it have helped that we now have our sixth Secretary of State for Justice since 2010.

How can there be a properly worked out philosophy for crime and punishment if ministers responsible for our courts and prisons are too quickly shunted off to a different post?

And that brings me to another thought. In 2007, New Labour hived off the Justice ministry from the Home Office, which remained responsible for the police. It’s hard to see how dividing responsibility for law and order between two departments has helped anyone apart from felons.

Let’s follow the trail of dysfunctionality from crime to court to prison in order to try to understand what has gone so badly wrong, and suggest what ministers might do about it.

Why are police solving a decreasing proportion of crimes? According to official figures, last year they charged a suspect in a mere 9 per cent of reported crimes. Three years ago the figure was 15 per cent.

The chances of the police showing more than a modicum of interest if your house is burgled are practically nil. The burglary detection rate halved from a measly 6 per cent to a pathetic 3 per cent in England and Wales between 2013 and 2017. Last year, 4 per cent of robberies were solved, compared with 9 per cent four years earlier.

No doubt the cut in police numbers — 14 per cent down since 2010 — has something to do with this pitiful record. But the budget cuts can only explain a part of the worsening performance.

Isn’t it likely that a more visible, hands-on police force could make more effective use of its reduced resources? But where is the senior government minister urging blinkered police chiefs to do so? Is the relatively new Home Secretary, Sajid Javid, on the case?

If only more politicians could grasp that burglary is a serious matter which can ruin the lives of victims. Yet the police have little or no answer to the new phenomenon of ‘spree burglaries’, when gangs of young men, sometimes foreign, target an area which they cruise around in high-powered cars.

Of course, those who commit burglaries and other crimes occasionally land up in court. But an audit of sentences imposed at 12 courts carried out by this newspaper suggests many offenders are getting off scot-free.

For example, one lout with 38 previous convictions, who broke an innocent man’s jaw in an unprovoked street attack, was spared a custodial sentence by an accommodating judge.

Over the course of the past two weeks, judges have allowed a spate of serious offenders in the courts surveyed — including sex offenders and even kidnappers — to walk free.

As the Mail highlights today, sex offenders, violent thugs and recidivist burglars are among hundreds of thousands of criminals with more than ten convictions not jailed after committing another serious offence. Between 2012 and 2016, a staggering 625,000 of the country’s most prolific offenders were spared a prison term.

In view of this mystifying indulgence of criminals, it is bizarre that the only voices emerging from the Justice Department should have been urging more leniency.

Earlier this year, Justice Secretary David Gauke urged courts only to use short sentences of under 12 months as a ‘last resort’ while his deputy, Rory Stewart, recently said that prison sentences of less than a year should be scrapped for all but the most serious offences.

Wouldn’t justice be better served if hardened criminals feared being caught (which they usually have no reason to) as well as a stiff jail sentence (which they often need not)?

It’s difficult to understand how ministers belonging to a party that once took a stern view of crime should seemingly be happy to watch while dangerous law-breakers are virtually let off.

The latest idiocy — please let this not be embraced by Messrs Gauke and Stewart — is a proposal by the chairman of the Magistrates’ Association, John Bache, that more JPs with criminal records should be appointed so that those accused of crime can feel more at home. God help us.

And what happens to the criminal who is unusually caught by the police, and exceptionally sent to prison? Why, he or she may fester in a lawless, rat-infested, drug-possessed hell-hole where there is no possibility of rehabilitation.

Here one can say with confidence that government cuts to prison officer numbers (down from 29,660 in 2012 to 23,080 in 2016) were extremely ill-judged — in fact, morally contemptible during years in which the foreign aid budget was soaring by billions of pounds.

I don’t believe the Tories have gone soft on crime as a result of being preoccupied with Brexit. They went soggy years ago when, embarking on a necessary period of austerity, they forgot that a few things should be sacrosanct.

The absurdity is that their errors have enabled a Corbynista Labour Party to present itself as a more dependable custodian of law and order, though I’m sure it would turn out to be even more tolerant of offenders.

There’s no doubt that Tory members, and many ordinary voters, care about rising crime and shameless criminals. It’s the party bigwigs who aren’t listening. If they don’t start doing so, they’ll be punished.