When Stephen Hawking died in March, the world collectively mourned over the loss of one of our most renowned scientists and all around brilliant thinkers. Despite his heartbreaking death, readers will once again have the chance to see inside the mind of a genius, because Brief Answers to Big Questions, the last book Hawking was working on before he died, is being published this fall.

On Wednesday, London-based publisher John Murray announced they would be releasing a new book by Hawking, a title that will reveal the famed physicist’s answers to "the big questions of our time." Brief Answers to Big Questions, which is being released by Bantam in the U.S., is slated for publication this October, and although not many details are know about the highly anticipated title, the publisher has said it will include Hawking’s thoughts and discoveries on "everything from the creation of the universe, black holes, alien intelligence, and the existence of God to the importance of space colonisation, and the perils and promise of artificial intelligence.” It is already being described as Hawking’s most insightful and most accessible work, which says a lot about this new book from the author of the mega-bestselling A Brief History of Time, one of the most popular science books of all time.

According to the publisher, Brief Answers to Big Questions will be organized into four parts: "Why Are We Here?", "Will We Survive?", "Will Technology Save Us or Destroy Us?", and "How Can We Thrive?" If it is anything like his previous works, readers can expect some truly groundbreaking thoughts on the universe’s most complicated topics. 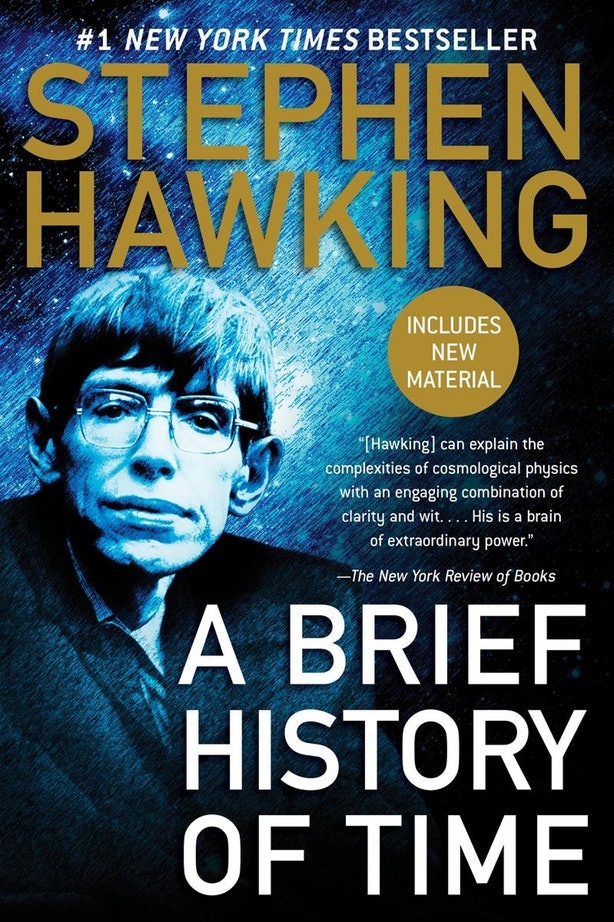 A Brief History of Time by Stephen Hawking, $10.63, Amazon

A revolutionary in the fields of astronomy, mathematics, and cosmology, Hawking was something of a legend in the scientific community, and an icon in pop culture. In addition to his countless professional achievements, which include groundbreaking discoveries about black holes and quantum mechanics, Hawking was celebrated for his personal resistance. After being diagnosed with ALS at 21, Hawkings continued to pursue his passion for knowledge and discovery, and in doing so, changed the world as we know it.

Before his death in March, Hawking publicly discussed a new book he was working on, and after his passing, his estate decided to proceed with the publication process of Brief Answers to Big Questions. Hawking’s final paper, which he co-wrote with Belgian physicist Thomas Hertog, revealed some of the things the professor was thinking about before his death: a theory of the finite universe that is more simple than we thought. Hopefully, readers will have the opportunity to learn more about this groundbreaking work in the forthcoming book.

Hawking was best known for his many discoveries in physics, cosmology, and mathematics, but the celebrated scientist was also a bestselling author. His most famous title, A Brief History of Time, has sold more than 10 million copies since its original publication in 1988. Hawking also published several other popular science books, including his award-winning book about theoretical physics, The Universe in a Nutshell, and a collection of classic works of physics and astronomy by some of the world’s great thinkers, On the Shoulders of Giants.

Brief Answers to Big Questions will hit shelves Oct. 16, and readers are definitely going to want to pick up a copy. A portion of the book’s royalties will go to the Motor Neuron Disease Association and the Stephen Hawking Foundation, so when you buy a copy, you’re not just honoring Hawking’s legacy, but giving to an important cause.