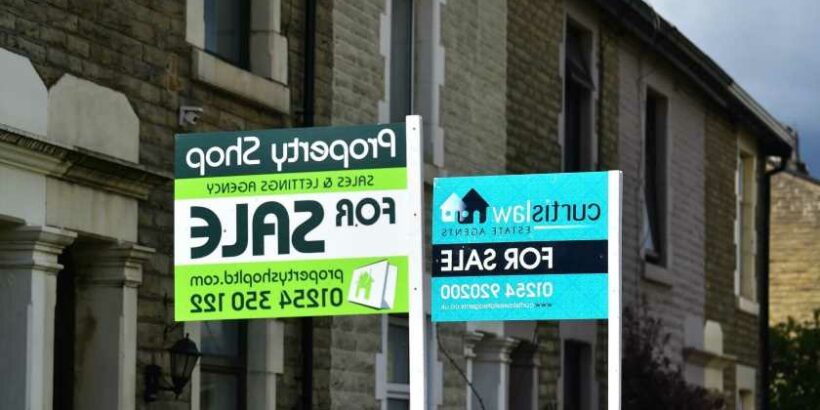 The wrong questions are being asked and the wrong people being blamed, says Stylist’s Amy Beecham.

The latest research from King’s College London has found that almost half of all UK adults believe the collapse in home-buying among young people is caused by them spending too much on takeaway food and coffees, mobile phones, holidays and Netflix.

As a 20-something, it’s a narrative I’ve heard time and time again, and from a particular group of people. It’s the same patronising camp who tell us we don’t live in the real world and thatthere’s “no magic money tree”, who act like the political and financial landscape hasn’t changed since they grew up, and that there isn’t a magic money vacuum, either.

It is expensive to be alive in 2022, cripplingly so. Fuel costs, energy bills, food prices and rent are all skyrocketing. In one of the world’s so-called developed countries, people are dying because they cannot afford to feed themselves and heat their homes.

But to fit this convenient portrait, Gen Z and millennials are painted as delusional snowflakes who care more about flexing their designer wares on social media than saving money for their futures.

Overall, 48% of people agreed with a statement saying young people could not afford to buy a home because of such consumer spending, something the King’s College report notes is factually incorrect given the rise in the price-to-earnings ratio for properties, and the challenge of putting together a deposit.

Yet home ownership is still an important rite of passage for many. According to a recent Comparethemarket.com survey, 73% of people admit that buying a first home is a milestone they deem integral to a fulfilling life, behind achieving financial security and “finding the one”.

But what happens when our ambitions can’t match our realities?

Since the cost of living crisis began, research has found that nearly one in five people have lost sleep over money worries.

It’s a reality my friends and I know well. We live in genuine fear of how we will get by given how little we earn and face scary realisations that we may never be in truly financially secure positions, at least not on our own.

The past decade has seen a drop in the number of people aged under 45 who live in their own home, according to the English Housing Survey. What’s more, a government paper on housing found that in every socio-economic and age group, white British households were more likely to own their own homes than all ethnic minority households combined.

The chasm between who can and cannot afford to own their home has never been wider, and no amount of home-cooked meals or repeated outfits could ever make up that gap.

Young people aren’t “shying” away from home ownership because they don’t want to forgo so-called luxuries. Cutting back on green juices, gym memberships or second-hand shopping won’t fix a system that has long been broken, where the average person finds themselves priced out of the housing market.

The average UK wage of people aged 22-29 is £24,600 and Help To Buy schemes aren’t the magic bullet the government thinks they are. Without significant parental help, it’s a near-impossible task.

I don’t know if I’ll ever own the kind of home that was once considered a ‘given’ for many 20- to 30-somethings – a two-up, two-down with a bit of a garden, maybe even on-street parking. But what I do know is this: those debating how much money young people ‘waste’ are the ones who really need to reprioritise.

Instead, we should all be asking, with the same energy and outrage: where is the truly affordable housing? Why isn’t the government doing more to help first-time buyers? How can we make home ownership more accessible and fair?

Because if we don’t, there’s no telling how much longer can we continue like this.