There was a moment at 1:30 a.m. on a Saturday night in February that led me to stop dating for 30 days and detox my love life. A text popped up across my phone from Kevin. We’d met a year ago at Phebe’s Bar in the East Village in New York, drunk and a little bit infatuated with each other. I wasn’t exactly sure what I thought about him as he danced around me like a goof, grabbed my hand, and pulled me in for a kiss. I still remember his smile closing in on mine that night and how it felt like we might have something promising.

Fast forward to a year later. His name pops up on my phone as “Kevin from Phebes” with a text that says, “I’m downtown. Where u at tonight?” Nothing felt promising here.

Kevin was sweet in a timid way, extremely good-looking with broad shoulders and a great smile, and laughed at my poorly executed jokes. Other than that, he was near boring. At first, he was romantic, suggesting movie nights in with a bottle of wine. "Red or white, your choice," he’d say. But soon enough, the conversations began to fade. He would disappear and then pop up out of the blue every few weeks to meet up during standard booty call hours. Once face to face, he’d proceed to tell me how his feelings for me ran deep, but he struggled with them because he thought I’d never feel the same. He said that’s why he refrained from scheduling pre-planned dinners or anything that could be defined as a “date.” I knew we didn’t have a love connection – I mean, I barely liked him when we spent short amounts of time together, and when he went MIA, I didn’t notice.

However, I didn’t necessarily recognize this was a bad thing at first. I was dating three other guys around the same time who were similar: sweet, passionate, and completely unsure of themselves. They weren’t necessarily bad guys — they just weren’t right for me. Even though I knew that, I couldn’t help but try to make things work with them.

But then I realized that in between waking up to Kevin one morning and a flood of dating app notifications the next, I needed a break — or else I’d be stuck in a loveless cycle.

I challenged myself to 30 days of no dating. It sounded rash, but I thought that ridding myself of my current roster of guys and dedicating a month to enjoying single life might be good for my soul. I’d hoped to gain clarity of what healthy dating looked like in my early 20s and get back in touch with what I valued in relationships.

I’m social and admittedly a flirt, so upon the first Friday night of the challenge, I was a bit skeptical. I went out to a bar in downtown Manhattan with my friends. As they met the Brads and Chads of the world, I hung low. I made easy conversation with acquaintances and danced while giving my wandering eyes a well-deserved rest. I felt at ease. 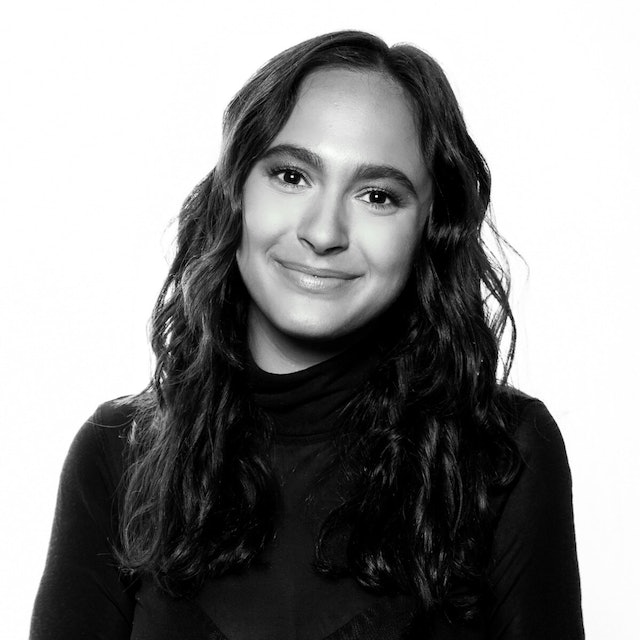 I woke up the next morning already feeling happier. Maybe it was because I had a good night out, or maybe I just felt a sense of liberation. I deleted all dating apps from my phone without a single goodbye or phone number exchange. I instituted a new policy for text messages: Before 10 p.m., guys would get an "out with the girls tonight" auto-reply. After 10 p.m., I ignored every single "hey" or "where u at" text. I smiled politely if I caught someone looking at me across a bar, instead of my typical response which would be to hold my stare back. As for the two times I was approached, I redirected their attention towards one of my friends.

I felt more confident than ever before. I didn’t need validation from anyone and I didn’t miss dedicating my nights to guys I was only half interested in. When I went out, I was excited to spend time with my friends and as we liked to joke, make the night “the most epic ever.”

I found that after saying goodbye to dating apps and all the f*ckboys that I kept on speed dial, I was able to redefine a sense of self-love and respect that I had previously given up for a meaningless night of lust. However, more than that happened. I felt free and more alive. I was able to focus on myself and re-evaluate what I deserved. I thought back to boring conversations with guys like Kevin and wondered why I put myself through that. I made a new checklist prioritizing the characteristics that complimented mine. After careful consideration, I determined I was looking for someone supportive, kind, independent, passionate, and funny who also gets along well with my friends and family.

As my 30 days came to an end, I remember thinking that the cleanse actually worked. I felt realigned with my priorities and values. I came out promising myself to never settle or waste my time on those who didn’t have my same zest for life.

It led me to meet guys I actually liked, too. I no longer invest my time in those that are simply a convenience or the guys that I know I already don’t like even if I am attracted to them. I have learned to separate and define lust and love as they are meant to be defined.

Now I’m conscious to care for myself and have the ability to care for others in a meaningful capacity. It led me to meet someone who hits the mark on all the characteristics of my new checklist and when we’re together, I feel alive. He is the furthest thing from a Kevin and what we have thrills me more with each day.

Thinking about doing a 30-day cleanse for yourself? Go for it. Kevin wasn’t, isn’t, and will never be your be all and end all. So take the challenge, the aftermath might surprise you like it did me.

*Name has been changed.