Jerome Morgan was imprisoned for second-degree murder in 1994 after 10 out of 12 jurors voted to convict him. The two jurors who wanted to acquit Morgan were the Louisiana jury’s lone Black members — and they were right.

The then-17-year-old was at a New Orleans birthday party in 1993 and hid when gunshots rang out, before helping save the life of a victim who later testified in Morgan’s defense. Still, it would be nearly 20 years before the Innocence Project discovered evidence that led to Morgan’s exoneration in the murder of a 16-year-old who died in the shooting.

The Supreme Court ruled in April that laws allowing for felony convictions based on non-unanimous juries are in violation of the Sixth Amendment to the Constitution. Justice Neil Gorsuch wrote in the 6-3 majority opinion that non-unanimous jury laws in Louisiana were designed to render Black juror service “meaningless.” In a concurring opinion, Justice Brett Kavanaugh wrote the laws originated as “a pillar of a comprehensive and brutal program of racist Jim Crow measures against African Americans.”

Morgan, now 44, said the finding would have prevented his conviction, and lawyers set to argue in a separate case before the Supreme Court on Wednesday said it’s time to afford the right to a new trial to hundreds of people still imprisoned on non-unanimous jury convictions in Louisiana and Oregon, the last two states to have had such laws.

“Had that law been corrected back in 1993, I would’ve never got convicted and ended up wasting 20 years of my life,” Morgan told CBS News. “We have a lot of racist laws here in Louisiana that should have been corrected long ago and it burns at you.” 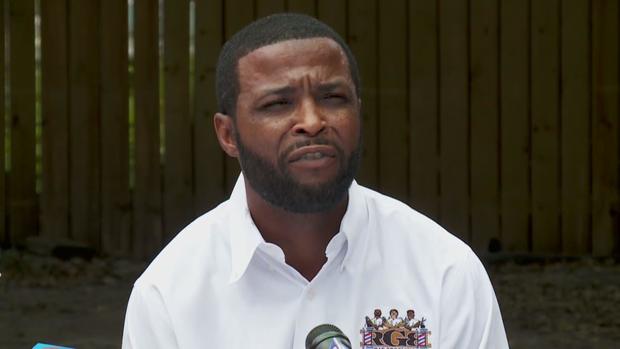 Louisiana’s non-unanimous jury system was designed to “facilitate the convictions of Black citizens,” according to a Supreme Court amicus brief filed by the New Orleans-based Promise of Justice Initiative, which provides legal support to those in the state impacted by the rule. An analysis released by the group last month found that more than 1,500 people are still incarcerated in Louisiana due to non-unanimous jury verdicts — 80% of whom are Black. The group found that 62% are serving a life sentence without parole.

The racist roots of the non-unanimous jury system in Louisiana were encoded during an 1898 state constitutional convention, in which delegates sought to “establish the supremacy of the white race in this State to the extent to which it could be legally and constitutionally done,” according to an excerpt of the proceedings cited by the New Orleans Advocate.

The convention came as Black Louisianans were being increasingly convicted and sentenced to labor terms over laws that criminalized a lack of housing and employment in the decades that followed the Civil War, said Jamila Johnson, managing attorney for the Jim Crow Juries Project at the Promise of Justice Initiative. The new state constitution imposed barriers for Black voters and allowed for defendants to be convicted by a 9-3 majority of jurors, effectively silencing the voices of Black jurors, Johnson said.

Oregon’s rule dates to 1934, when a high-profile trial of a Jewish murder suspect that ended in a deadlocked jury drew public outrage, according to Aliza Kaplan, director of the criminal justice reform clinic at Lewis & Clark law school. Newspaper editorials about the case were often blatantly anti-Semitic and xenophobic during the time period marked by tensions over new immigrant populations and rising membership in the Ku Klux Klan, Kaplan said. Within months, a ballot measure did away with Oregon’s requirement for juror unanimity, allowing defendants to be convicted by a 10-2 vote.

Louisiana’s split jury system continued until it was struck down by voters there in 2018, but Oregon’s remained until a crucial Supreme Court ruling in April found non-unanimous juries unconstitutional.

The case was brought by Evangelisto Ramos, a Louisiana inmate convicted of murder in a 2014 killing by a 10-2 jury vote. In his concurring opinion, Kavanaugh wrote, “To state the point in simple terms: Why stick by an erroneous precedent that is egregiously wrong as a matter of constitutional law, that allows convictions of some who would not be convicted under the proper constitutional rule, and that tolerates and reinforces a practice that is thoroughly racist in its origins and has continuing racially discriminatory effects?”

The Ramos ruling afforded the right to a new trial for defendants convicted by a non-unanimous jury with appeals still pending. But for those whose convictions had already been finalized, battles remain. On Wednesday, justices will weigh Edwards v. Louisiana, a case that looks at whether the Ramos decision should apply retroactively, affording those with finalized convictions due to a non-unanimous jury a new trial.

Johnson said it’s been difficult to explain to those clients why their cases weren’t immediately overturned after the Ramos decision ruled them unconstitutional.

“The initial response is, how is that possible?” Johnson said. “In the prisons today, folks see the news, they see the protests around George Floyd, they see this change in the conversation about race in America. And there is just this sadness that we don’t have a system that automatically provides a remedy for them.”

Johnson’s group in Louisiana and Kaplan’s law clinic in Oregon are working to identify convictions that could be challenged in advance of arguments in the latest case, brought by Thedrick Edwards, a Louisiana inmate with a finalized non-unanimous jury conviction over a 2006 robbery, rape and kidnapping. If the Supreme Court rules in Edwards’ favor, some inmates could see their convictions vacated, and local prosecutors would decide whether to re-try them, Kaplan said.

Both Oregon and Louisiana are arguing against retroactivity. In a legal response to Edwards, Darrel Vannoy, the warden at the Louisiana State Penitentiary at Angola, said Louisiana re-adopted the non-unanimous jury rule in 1974 during a constitutional convention “which was never alleged to be the product of racial animus.” Vannoy’s brief argued that re-trying those convicted under a rule accepted for decades would risk “flooding” the state’s criminal justice system.

“The case before the Supreme Court tomorrow is not about whether unanimity is a good policy,” Louisiana Solicitor General Liz Murrill said in a statement. “Louisiana voters agreed that it is and embraced this policy in criminal prosecutions that arose after January 1, 2019.”

Rather, Murrill said, the Edwards case centers around how to apply new rules of criminal procedure to settled criminal cases. The decision in the Edwards case “could jeopardize thousands of long-final rape, murder, child molestation, and other violent crime convictions,” Murrill wrote.

Oregon Attorney General Ellen Rosenblum said in a statement to CBS News she welcomes the end of non-unanimous jury verdicts, which she has called “an embarrassment to our otherwise progressive state.” Rosenblum said her office has conceded that 300 cases on direct appeal should be re-tried and said several hundred more are under consideration by appellate courts and could be sent back for new trials, as well. But Rosenblum argued in an amicus brief that a retroactive rule would impact a broader swath of cases than only convictions involving a non-unanimous jury verdict, “potentially thousands.”

“As a practical matter, retrying this older category of cases would be challenging and in some cases impossible, given the need for testimony and evidence from cases that were tried years—or even decades—ago,” Rosenblum wrote.

While Oregon doesn’t document non-unanimous jury convictions, Kaplan’s clinic has received requests for case review from about 250 people in the state, Kaplan said. Not all were convicted by a non-unanimous jury — some, for example, say they were advised to take plea deals because of the law — and others have already served their sentences but remain impacted by their felony convictions, Kaplan said.

Kaplan said that the right to a constitutional trial should trump any financial or procedural burdens the state would need to shoulder.

“It’s not about walking out the door — they just want a fair trial,” Kaplan said. “For us advocates, that’s all we’ve ever argued for — nobody should have an unconstitutional trial that’s so based in racism and discrimination. It’s just so wrong.”

At least 100 people still incarcerated by non-unanimous juries were convicted when they were children, according to James Dold, founder of the nonprofit Human Rights for Kids, which filed an amicus, or “friend of the court,” brief in the upcoming Supreme Court case.

“People oftentimes lose sight of the fact that children are implicated in this because so many children are transferred and tried in the adult criminal justice system,” Dold said.

The Human Rights for Kids brief argues that the Ramos decision satisfies two standards set in a 1969 case called Teague v. Lane, in which the court found if its own decisions led to “watershed rules of criminal procedure” or “new substantive rules,” then the decisions should be applied retroactively. The brief also argues that the Supreme Court has for a long time held that children ought to be afforded special protections within the criminal justice system.

It’s a distinction that hits close to home for Candace Chambliss. Her client Corey Robinson was 15 years old when he was charged in 2005 with armed robbery. Robinson was near the scene of a New Orleans robbery and pursued by police.

“When he found he was injured. So he’s bleeding, and he’s brought back to the area at night, where the robbery occurred and this is a cross-racial robbery. Corey is African-American and the gentleman was white. And under the streetlights — it’s called the neutral ground in New Orleans. There’s these boulevards. And then there’s sort of a grassy area in the middle — He sort of stood there under a streetlight and the man is asked to identify him. And so he’s bleeding, the man has been told he’s been caught in (the suspect) vehicle. So all of this is highly suggestive, and he is asked ‘is this the person who robbed you?’ And of course, the man says ‘yes.'”

Robinson was charged as an adult and fought the case with Chambliss for four years, but in 2009, he was sentenced to 15 years in prison. One juror, a lawyer by trade, voted to acquit.

“I don’t think when you’re a youth you fully can wrap your head around something like 15 years and what that looks like. So he was upset obviously, but now he’s been inside for 11 years,” Chambliss said. “I think that’s when it really starts to kind of get you because he did not commit the charge. You know, he did not rob that man. He did not put a gun to that man’s head. And so to be serving time for this, it feels really unfair.”