Rolling out the red carpet! Sweden’s Crown Princess Victoria and husband Prince Daniel are welcomed by Latvia’s president and first lady as they arrive in Riga

Sweden’s Crown Princess Victoria and Prince Daniel of Sweden were given a lavish welcome as they touched down in Latvia on Friday.

The royal couple were greeted by President Raimonds Vejonis and First Lady Iveta Vejone as they arrived in Riga to kick off their visit.

Crown Princess Victoria, 40, daughter of King Carl XVI Gustaf and heir to the Swedish throne, looked perfectly polished in a camel wrap coat and midi floral dress for the occasion. 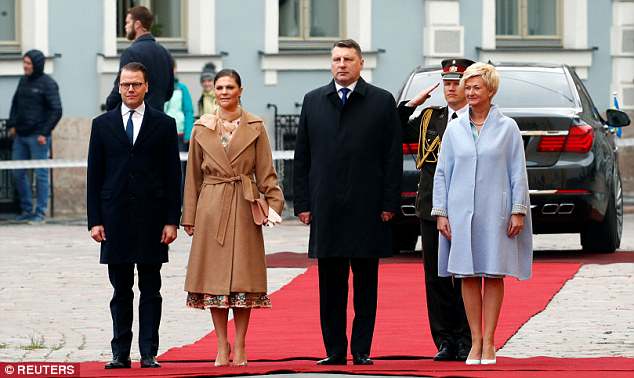 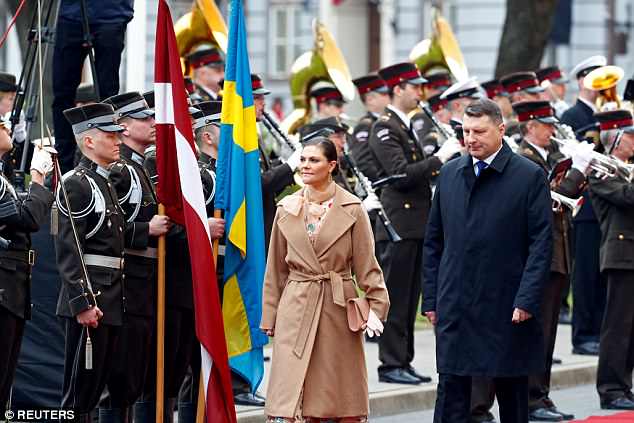 She wore her brown hair swept back into her signature sleek bun and kept her make-up to a minimum.

Once inside Princess Victoria removed her coat to reveal a blush pink long-sleeved dress with intricate floral detailing.

The mother-of-two joined President Vejonis to inspect a military guard before posing for a group photograph. 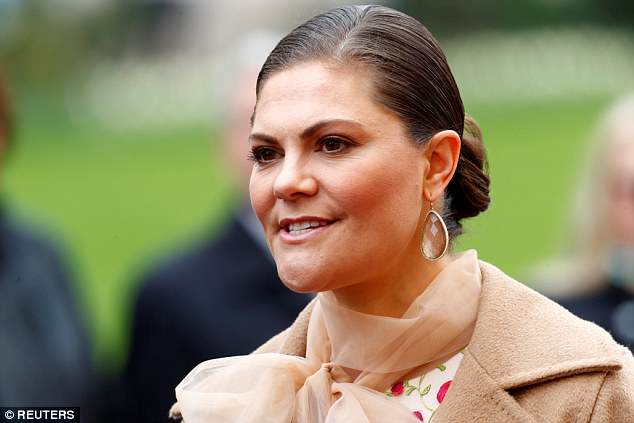 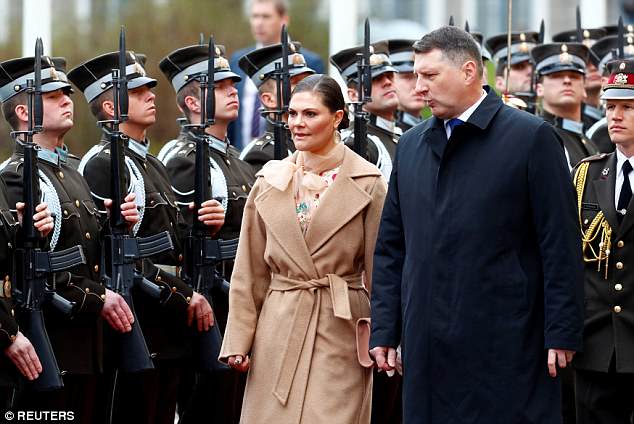 Victoria, 40, wrapped up against the chilly weather in a mid-length camel coat 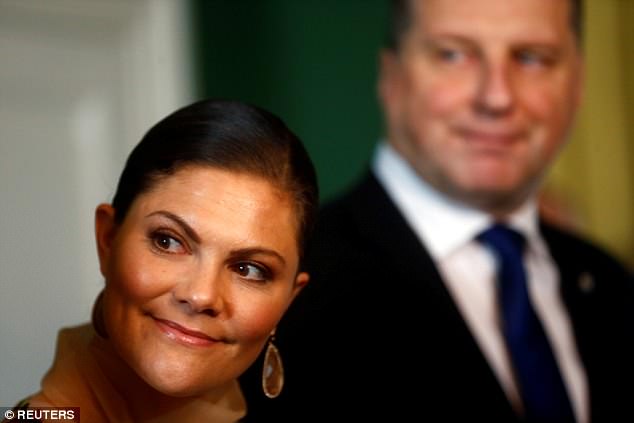 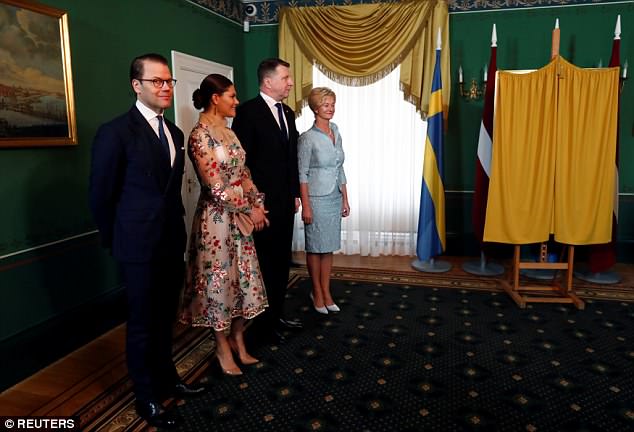 Victoria and Daniel, 44, will join the president and his wife for lunch at Riga Castle before carrying out a series of engagements this afternoon.

First the royals will visit the Stockholm School of Economics in Riga and talk about the future work of the United Nations global sustainability goals with participants from the leadership program ‘Future Leaders Academy’.

Crown Princess Victoria is a special advocate for the SDG’s of the United Nations. 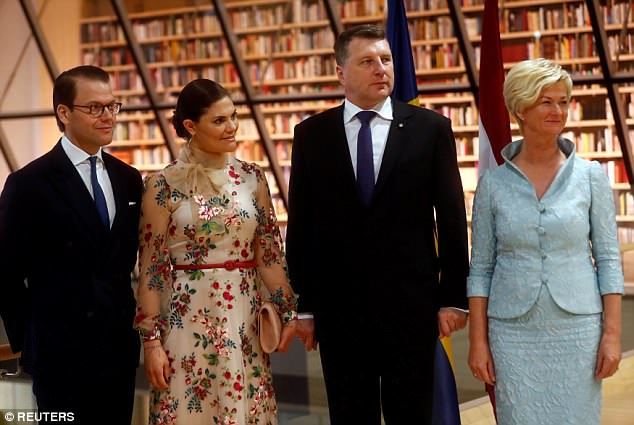 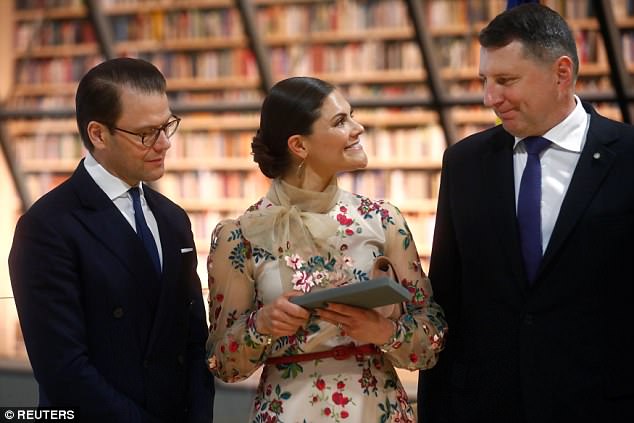 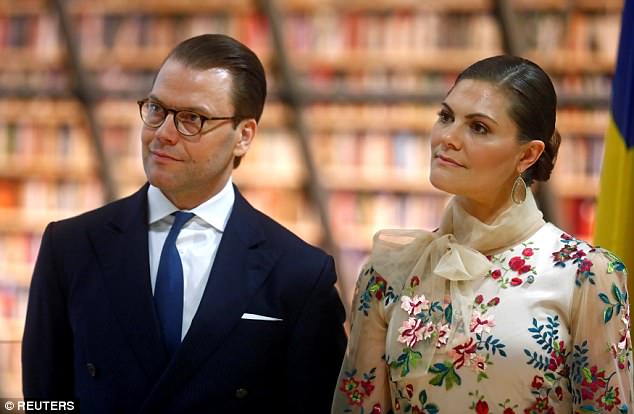 Later the couple will visit the National Library of Latvia and attend the opening of the exhibition ‘Portable landscapes’ at the Latvian National Museum of Art.

They are designed to underline the importance of Sweden’s close relations with its neighbouring countries. 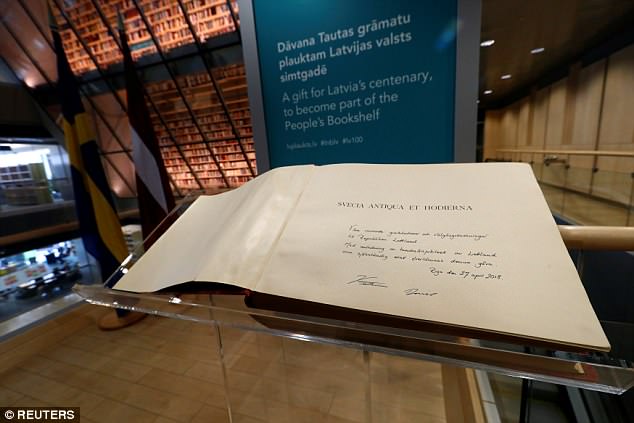 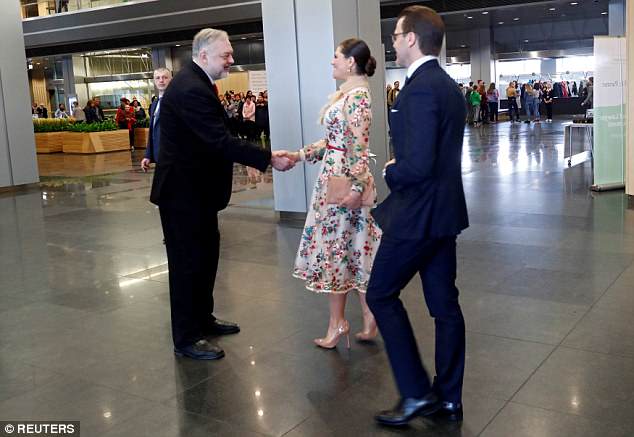