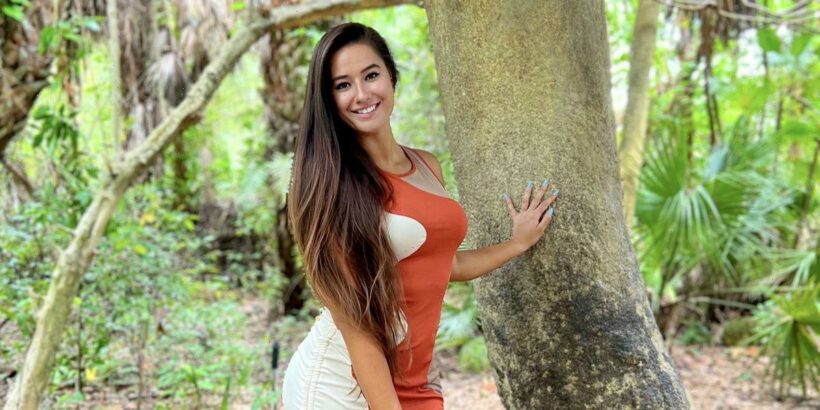 A woman who is 6ft 2in tall spent years wanting to be smaller, but her height is now her superpower, as it's helping her to rake in £250,000 a month on OnlyFans.

Marie Temara, 27, from Miami, US, felt insecure about her 4ft 5in legs for years until she found fame on social media.

Before people fell in love with her long legs, she had previously researched height reduction surgeries, but now embraces being tall and loves rocking high heels.

Fans praise her for her tall stature – rather than bullying her and calling her a "giant" – as former classmates did during her school days.

Marie never wore or even owned a pair of heels because she "didn’t want to be any taller", but now struts around in them with her head held high.

Her mum was nicknamed "Chris" like a man as a result of her short hair and tall build growing up.

Some people also referred to her as the "Jolly Green Giant".

Both Marie and Christine struggle to find clothes to fit their long limbs, and often have to buy male clothes or avoid wearing trousers.

Marie, a former accountant, now turned her height into a career, and rakes in up to £250,000 in a good month on OnlyFans.

Her average earning on the adult platform is around £160,000 a month.

Marie, a model and content creator, said: "I used to want to shrink but now I love being tall.

"I researched height reduction surgeries as a teenager.

“I never wore heels or even owned any.

"I was really insecure about my height until a video went viral on social media and I got loads of positive praise.

"Now I make a career off my height. I have so much more confidence."

Christine has also been able to gain confidence from Marie’s platform, as she struggled herself with bullying when she was growing up.

She felt she was never able to "fit in" because she stood out, and also had a variety of nicknames as a result.

The mum also said it was "horrible" when she heard her daughter had experienced bullying because of her height.

"Every day there is always someone staring or asking how tall I am," she said.

"I have to wear men’s shorts and three-quarter lengths, as they're the only things that fit me."

Now Marie enjoys getting attention for being tall, and she loves hearing people tell her mum she's beautiful.

She sees her height as a positive point of difference, and said her success is due to the fact that a lot of people have a fetish for giantism.

Marie said: "They want me to pick up small guys or dress up as a ‘she Hulk’ or other powerful characters.

In the past she would have never dated someone smaller than her, but now she's quite keen to connect with a "short king".

"I like to stand out now. It’s good to be different.

"I want to inspire other tall girls."