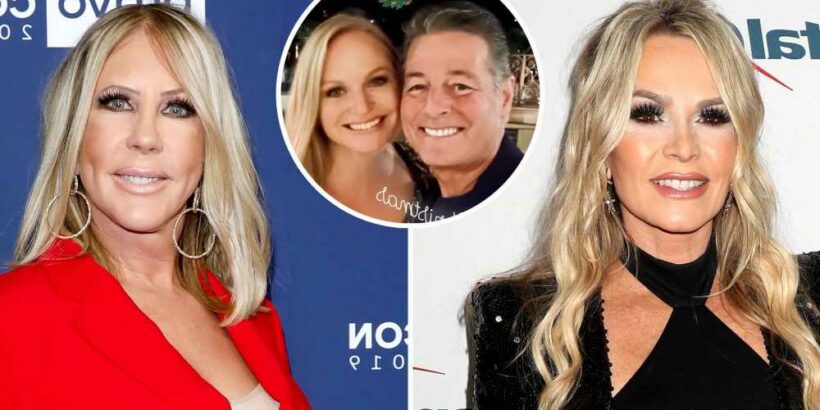 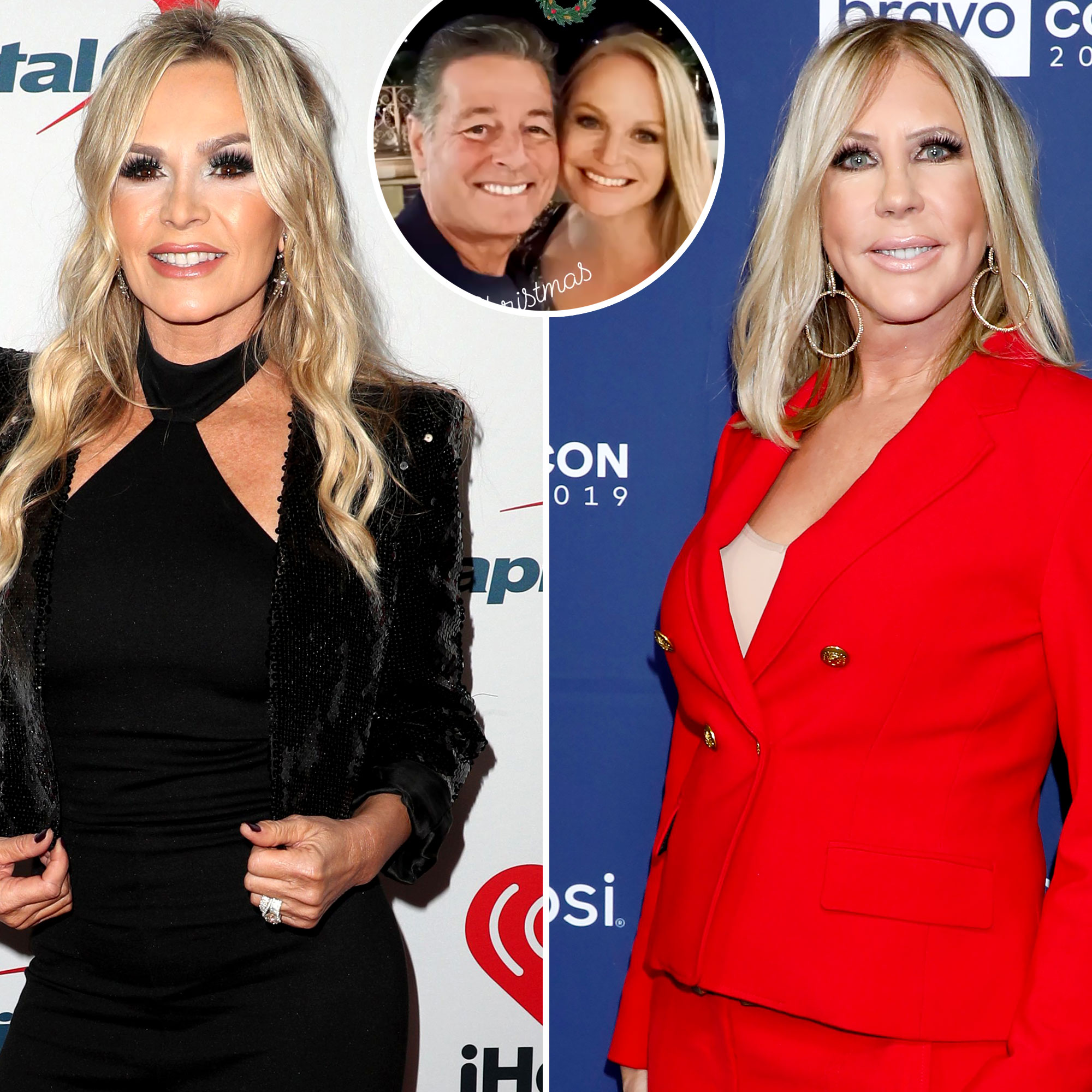 Not over it. Tamra Judge gave an update on how pal Vicki Gunvalson is doing after her ex-fiancé, Steve Lodge, announced earlier this month that he is engaged to Janis Carlson.

“Vicki is adjusting. She’s trying to understand it,” the 54-year-old reality star told Teddi Mellencamp on the Wednesday, January 5, episode of their “Two T’s in a Pod” podcast. “She’s still hurt. She was like, ‘Wait, we were just dancing three months ago at the ranch and now he’s engaged and already planning his wedding.’”

Former ‘RHOC’ Stars: Where Are They Now?

Gunvalson’s 63-year-old ex turned heads on Monday, January 3, after confirming to Us Weekly that he proposed the 37-year-old before Christmas. The engagement news came just three months after Us confirmed his split from the 59-year-old OG Housewife, whom he dated for six years.

Judge, who exited The Real Housewives of Orange County in January 2020 one day after Gunvalson announced her departure, described on Wednesday how her longtime friend learned of Lodge’s relationship status.

“She knew probably right after he got engaged, because she has friends in Puerto Vallarta, [Mexico], and that’s where he did it. She was contacted [by someone in the area],” the Glendale, California, native claimed on the podcast. “She called me immediately. He posted rose petals and all this stuff.”

Every Bravo Star Breakup in 2021: Lala and Randall, Kathryn and Chleb, More

Judge noted that she put together her own timeline of Gunvalson’s relationship with Lodge based on the fact that she talks to the Coto Insurance founder every day. The fitness trainer claimed that after Gunvalson bought her condo in Mexico in February 2020, Lodge was pretty much moved in by October of that year.

“[Steve] was there full time, and [Vicki] has a job. She’s got an office, she owns a business, so she couldn’t be there all the time,” Judge said of the former couple’s rocky relationship. “It started getting this distance. They started fighting, and then he blocked her on Instagram. It started to become very high school-ish.”

The mother of four recalled telling Gunvalson that Lodge probably met someone new after the Chicago native noticed that he “went a little sideways” in October 2020. However, Judge explained that Lodge later moved back to California in 2021 and stayed at Gunvalson’s house while he was running for governor.

Once he lost the race, Judge claimed that Lodge didn’t appear to have time for Gunvalson and that’s when he called off their engagement. (The pair had been engaged since 2019.)

“She hasn’t been very strong and smart about this relationship,” the former Housewife said of Gunvalson, adding that the timing of Lodge’s romance with Carlson doesn’t add up. “He moved from Vicki’s house right into Janis’ apartment. He had to have been dating her while he was living with Vicki in Coto [de Caza, California].”

While Lodge claimed in a statement to Us in October 2021 that he and Gunvalson had had “not been intimate since September 2020,” Judge pointed out on Wednesday that the businessman allegedly stayed at her place in Mexico later that year and in her California home in the summer of 2021, all while the former fiancés were supposedly broken up. Lodge also denied being unfaithful to Gunvalson while they were together in his October 2021 statement.

The Messiest Bravo Breakups of All Time: Erika and Tom, More

Gunvalson, for her part, wasn’t ready to see her ex move on so quickly, no matter when their relationship officially ended.

“She’s really sad about it, she’s having a hard time,” Judge said on her podcast, adding that Gunvalson is dreading turning 60 in March now that she’s on her own. “She just can’t understand. She doesn’t want to be single. She’s coming up on her 60th birthday and all she can talk about is, ‘I don’t want to be single! I am 60, I want to be in a relationship!’”

Judge, however, thinks that her friend “dodged a bullet” with Lodge, noting that he’s been engaged seven times. “I do think that he loved her at one point. It just went sideways,” she added. “She’s not a good picker.”