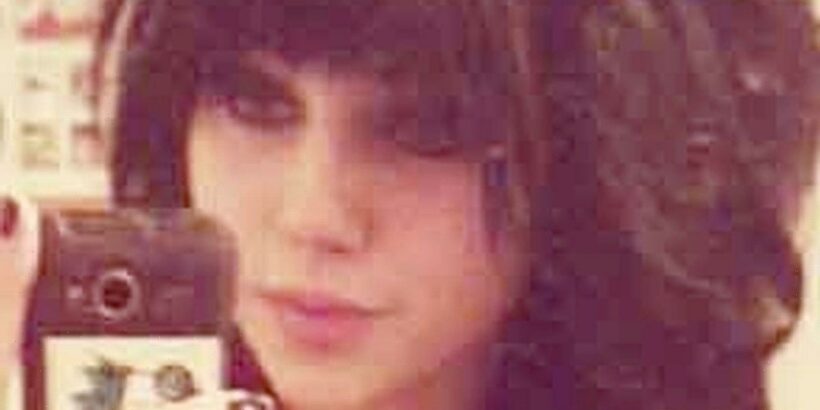 A tattoo model has wowed fans with her transformation after revealing what she looks like before she got her body covered with inkings.

Briana Todd is no stranger to flaunting off her body full of tattoos to her 530,000 Instagram and 76,000 TikTok followers.

But, Briana didn't always look like the pierced and inked version of herself she is today.

The model has now exposed what she looked like in a clip posted to TikTok – and it’s safe to say she looked a lot different to how she appears now.

In the clip, Briana still sported an alternative gothic look but without a sign of any tattoos. Back then, the model had pale skin with black voluminous backcombed hair with red wavy highlights at the bottom.

She also wore minimal makeup apart from dark eyeshadow and a thickly black lined waterline, along with black painted nails.

Briana then posted a second snap of herself where it appeared she had been busy in the inking chair.

The model had quite the tattoo sleeve on both arms, along with various body art on her fingers.

Despite her arms and hands being heavily inked, Briana only had one small tattoo inked onto her ankle as she showed off the rest of her bare legs in some striped shorts.

She also opted for some black winged liner and some flawlessly carved brown eyebrows as she tamed her hair and opted to go for a straightened look.

Briana finished the look with some white pointed false nails.

But, she did not stop there.

The popular model then shared another snap which revealed that she had got a floral pattern inked onto the side of her neck.

As she wore her jet black hair in a bun, Briana smiled as she flaunted her lip and nose piercing – along with a stretched earlobe.

In the next clip, the alternative babe further enhanced her look by getting a huge black and white inking across her chest which completely covered her skin.

She seductively posed for the camera as the thick black winged liner accentuated her eyes.

For the final snap, Briana revealed what she looks like now.

The edgy model sat upon a white bedsheet as she showed off her heavily tattooed body in a black mini dress. Her legs are mainly covered up with intricate patterns including dragon scales, flowers and a demonic looking woman’s head.

She also showcased her previous tattoos which she embraced whilst softly planting her tattooed hand on her knee.

Briana also wore her jet black hair down in a middle parting and finished her iconic winged liner with a deep red lip and square black nails.

In awe of Briana’s transformation, many fans fled to the comments to gush over the gorgeous model’s tattoo journey.

One person gasped: “You’re so beautiful.”

Another user added: “I wish I had the money. Only got 2 and have a feeling it’ll be that way for a while yet…”

Someone else swooned: “I’m obsessed.”

And, a fifth fan remarked: “I’ve watched this video 100 times over!!! I wish I looked at least half this good.”