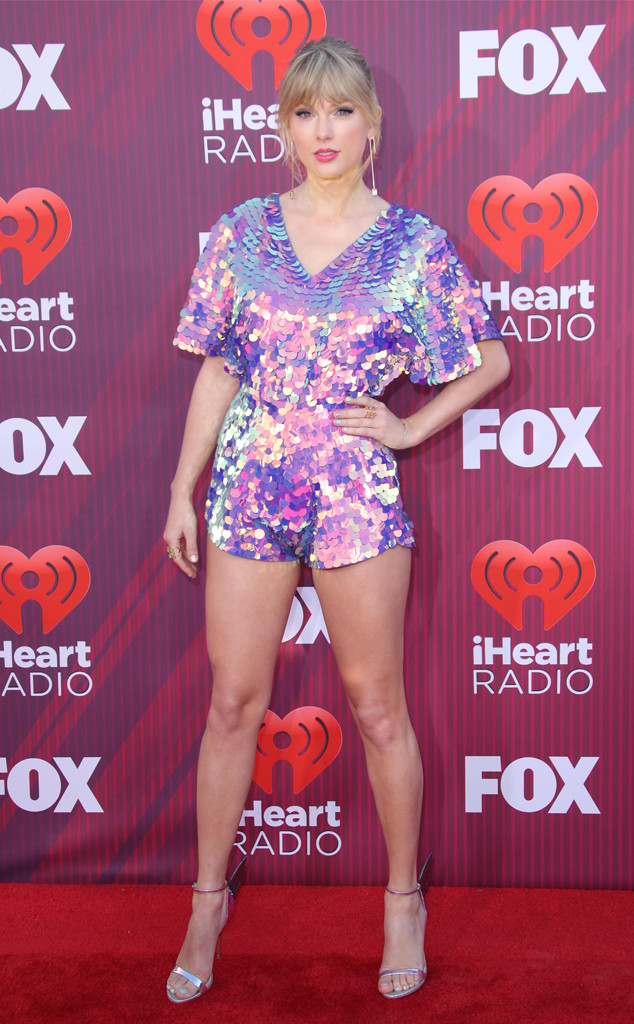 T-Swift is giving fans everything they’ve been waiting for on the 2019 iHeart Radio Music Awards red carpet. The 29-year-old is a fashion phenom in a sequined romper designed by Rosa Bloom and the cutest heels. And it appears that the singer is taking fashion cues from the whimsical theme she has implemented on her Instagram feed.

And her “Chiara” stilettos by Sophia Webster have the most adorable butterfly design that flourish into butterfly wings in the back. Anyone looking for inspiration for their next music festival or party, look no further.

Tonight marks a special occasion since the star is being honored with the Tour of the Year Award for her Reputation tour across the world. There is no question as to why the star is the recipient of the honor since her show sold over 2 million tickets and grossed $266 million in sales in the U.S. alone. These accolades make it the best-selling tour in American history.

There’s no question that T-Swift is excited for the big night. In her excitement, she gave fans a preview of her red carpet ensemble on Instagram.

Bout to walk out on the @iheartradio carpet, thought I’d show you first ?

Bout to walk out on the @iheartradio carpet, thought I’d show you first ?

She has so many reasons to be excited too. The star’s “Delicate” performance is a nominee for Best Music Video, which is a category voted on by people on social media. She is going up against stars like Cardi B and Ariana Grande, both of whom are nominated in a variety of categories.

Now that the Reputation tour is over, it appears that T-Swift is gearing up for the release of another album. She was recently spotted leaving a recording studio in L.A., thus sparking more speculation about new music coming down the pipeline.

Are you ready for it (new music)?