Jennifer Aniston not the ‘actress’ in ‘All Too Well,’ pal Jennifer Meyer says

In the new music video for “I Bet You Think About Me,” Taylor Swift is painting the town — er, the wedding she crashed — red.

And following the Blake Lively-directed project’s Monday release, fans are no doubt still thinking about all six of Swift’s styles from the fashion-filled clip.

But among the most memorable looks? Two ballgowns — a white wedding gown and a red replica that she wears with her fictional ex-boyfriend, played by Miles Teller — that took Nicole + Felicia Couture’s entire atelier “approximately 1200 hours to complete.”

“This project reflects the duality of Taylor’s music, a timeless sensibility with a modern twist,” designers Nicole and Felicia Chang told Page Six Style exclusively of creating two styles to go with the song, a previously unreleased track “from the vault” of Swift’s re-recorded “Red (Taylor’s Version)” album. 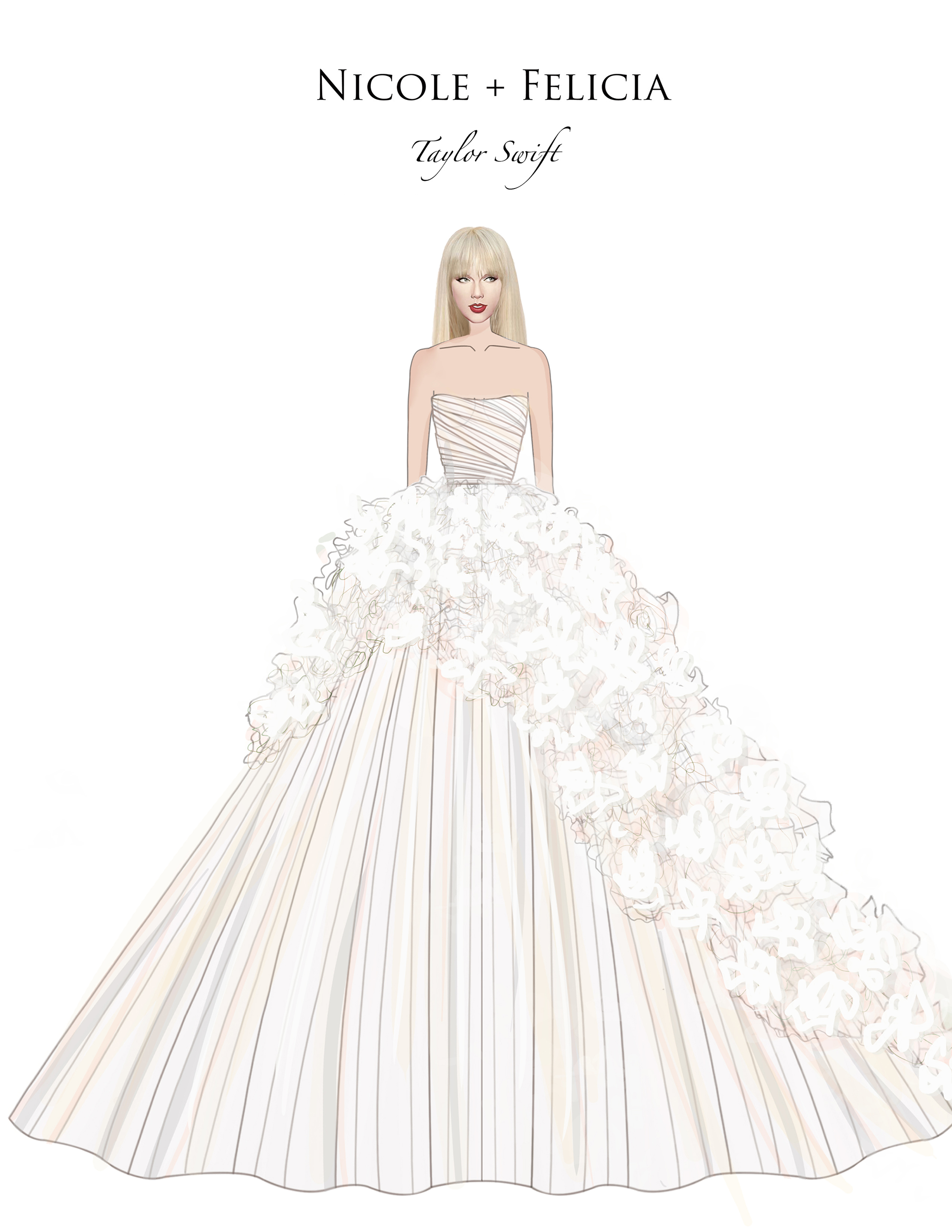 The atelier worked “around the clock” to create the two strapless styles, which each feature a train with 2,500 flower appliqués handmade with different color tulle, organza and netting to “create highlights and depth.”

“In order to mimic the natural irregularities of flowers within nature, we created petals in seven different sizes and fabrications,” the Taiwan-based design duo explained, adding that the “one-of-a-kind” blossoms were even made by different seamstresses “to bring a sense of authenticity and naturalness.” 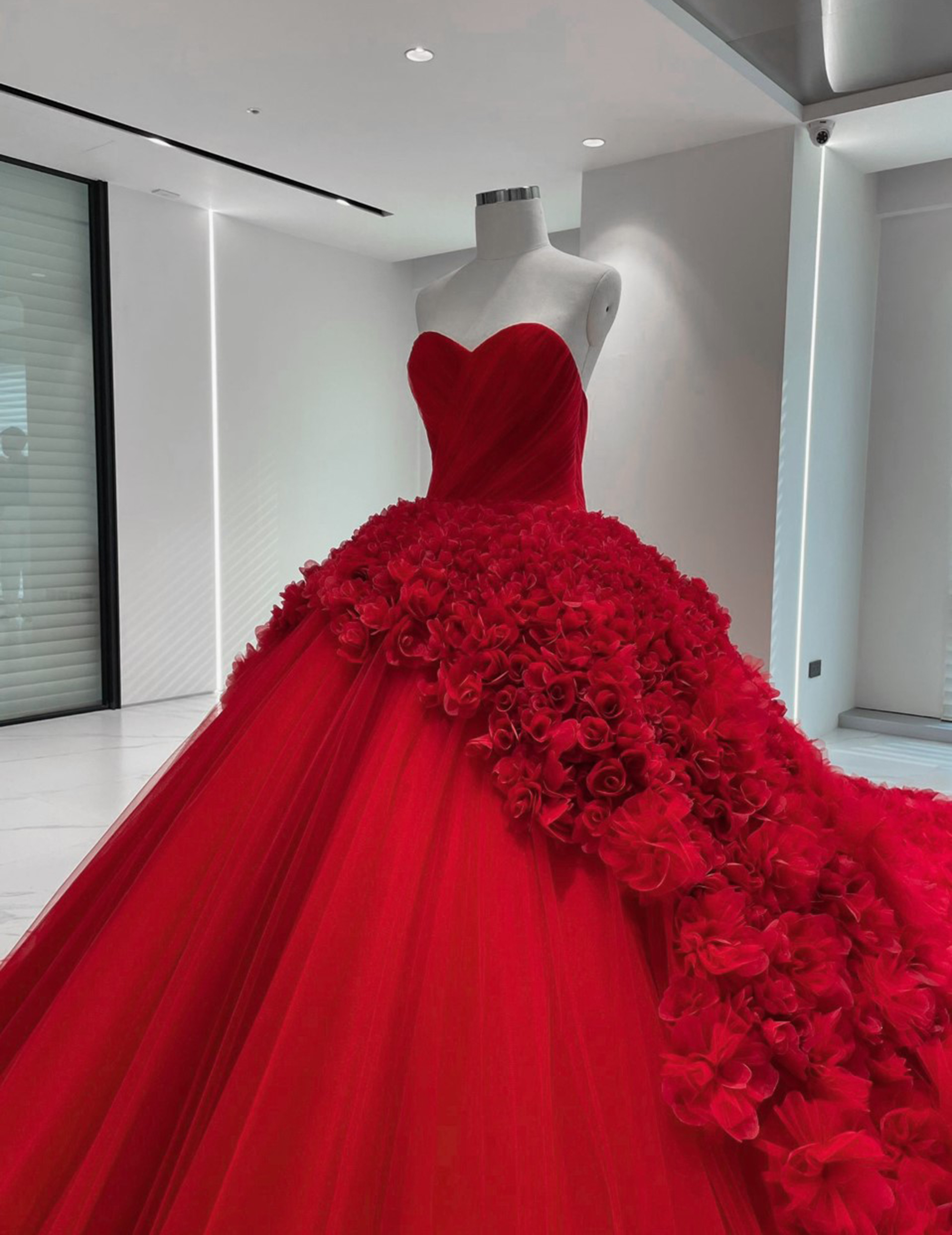 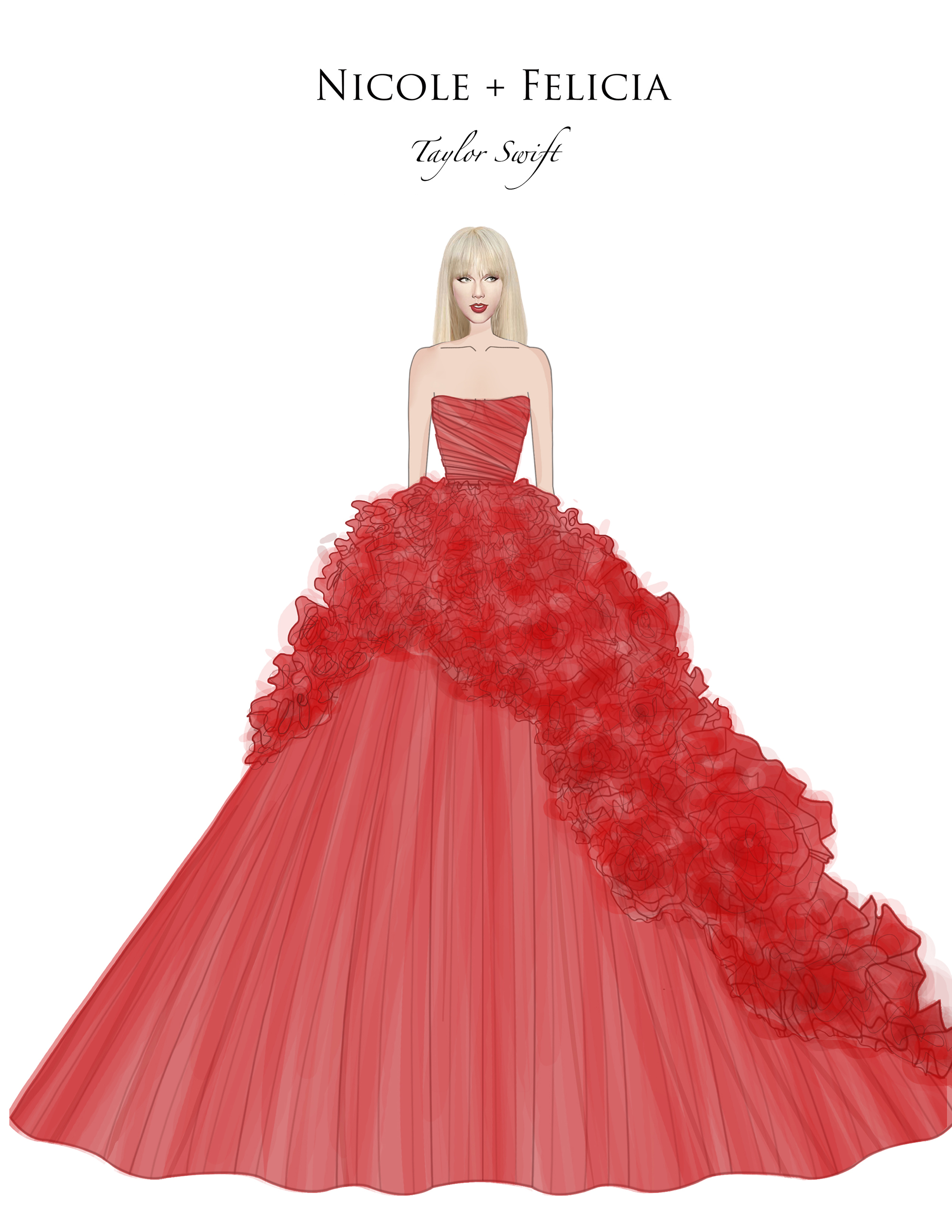 “By scheduling daily zoom meetings with Taylor’s stylist, we were able perfect the design and seamlessly translate the sketch into reality,” the Chang sisters said. 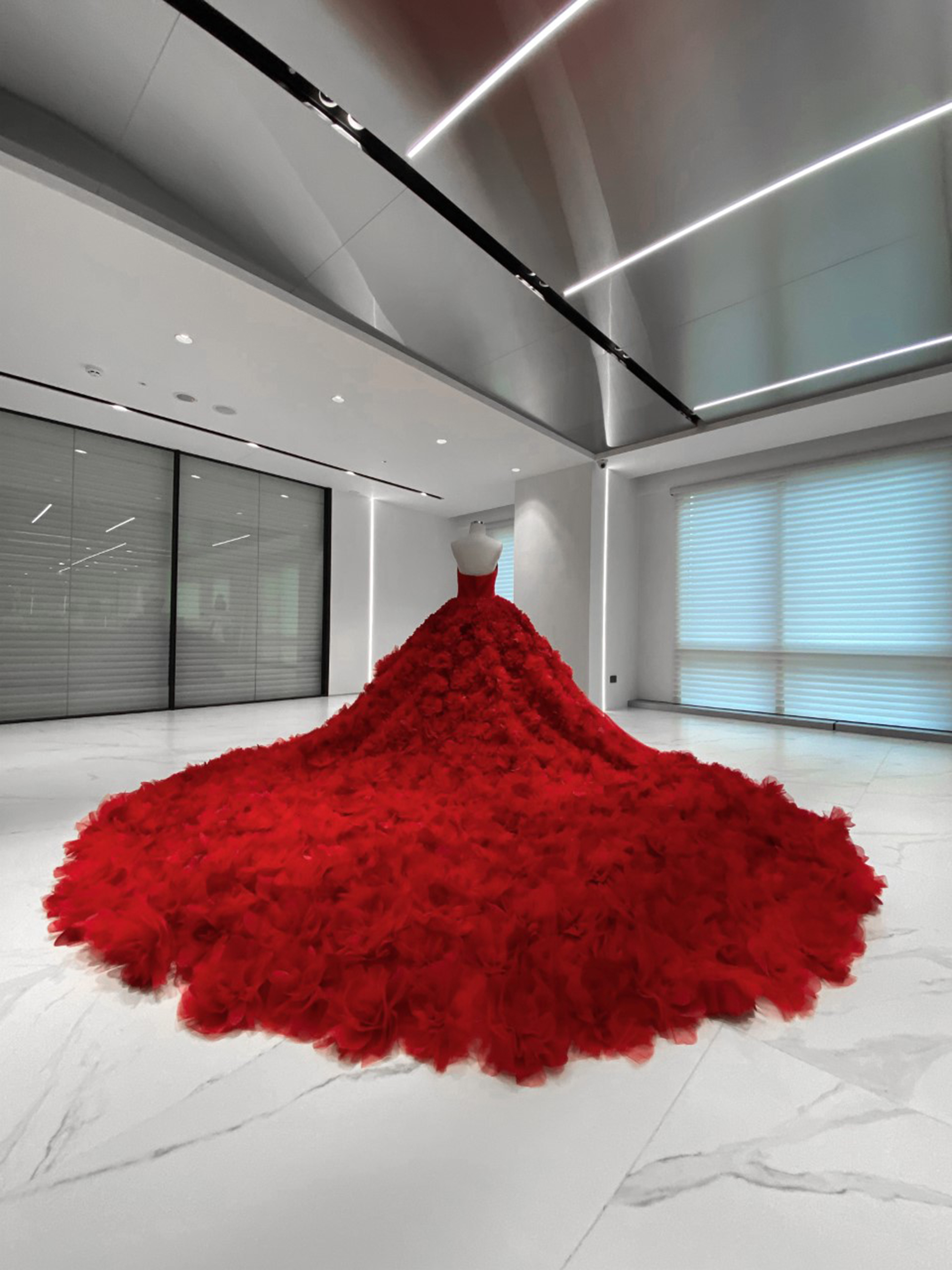