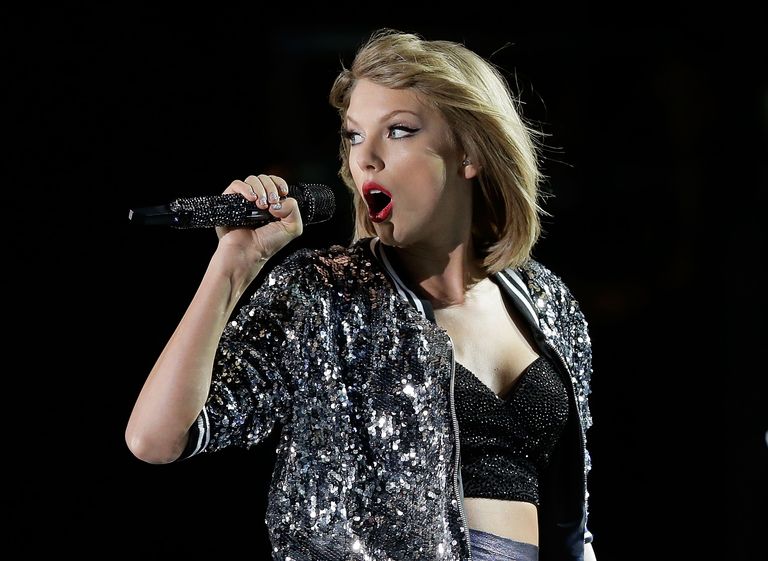 Look, we all know Taylor Swift is Scrooge-McDuck-levels of wealthy. But guys. The precise amount of $$ she’s raking in is seriously staggering. Let’s take a deep dive into her net worth. Are you Ready For It…? (AHAHAH, so sorry.)

Her Album Sales Are Through the Roof

Not so surprisingly, Taylor’s studio albums — including Taylor Swift, Fearless, Speak Now, Red, 1989 and Reputation — have earned *tens of millions of dollars* worldwide. Per the Recording Industry Association of America, an organization that sounds like they know what they’re talking about, she has earned $108.5 million in digital singles and $41.5 million in album sales.

Taylor’s “big reputation” has earned her even bigger bucks. Reputation was the best-selling album of 2017 (even though it was only released in November, meaning she had less than two months to pull off the feat); in fact, it reportedly made $1.9 million in just the first 1.5 months. By the end of March 2018, the album surpassed $2 million in U.S. sales — which hadn’t been done since Adele’s 25 in 2015. GOOD JOB, TAYLOR!

When Taylor kicked off her tour in Phoenix at the beginning of May, she set a new venue record for gross and attendance. THEN, she hit up San Francisco and made a cool $14 million, before pocketing another $16.2 million in SoCal. But wait, there’s more! Taylor made $8.6 million in Seattle and $7.6 in Denver. All this combined, plus ticket sales over the next six months put her projected total tour earnings at $400 million.

What did you make in 2015? Because Taylor Swift took home $250 million (mostly in ticket sales) thanks to her 1989 world tour — she was the top-grossing tour artist of that year. It’s fine! I feel totally fine about my income! I’M DEFINITELY NOT JEALOUS.

And Then There Are Her Endorsements

Taylor Swift doesn’t really do social media #sponcon, but she does have a history of working with brands, namely Keds, Diet Coke, and Apple. These are private working relationships, so who knows exactly how much $$ she took home, but it was presumably a LOT.

Plus, Let’s Not Forget Her Real Estate Portfolio!

Not only does Taylor own an apartment in NYC, she also owns the homes next door, because why not! This epic real estate haul set her back a reported $50 million, but who wouldn’t want to avoid annoying neighbors by throwing lots of money at the problem? Also in Tay’s real estate portfolio: a $4 million check for a property she recently sold in Beverly Hills, a $2 million place in Nashville, plus that sweet vacation pad in Rhode Island where Tom Hiddleston once gleefully frolicked. It’s worth $17 million, no bigs.

So, What’s Taylor’s Total Net Worth?

According to Forbes (as of August 2017 — so this doesn’t even factor in Reputation), that would be $280 million. Please excuse me while I go weep with happiness for her, and sadness for myself.