Well, that was fast! Briana DeJesus and Javi Marroquin ended their relationship during the Monday, July 2, episode of Teen Mom 2. To make matters worse, Javi was a guest on Kailyn Lowry’s podcast, and they gushed about all of the juicy details. But Briana wasn’t innocent as she also revealed she is reconnecting with one of her exes. Find out what you might have missed during this week’s episode below.

Briana and Javi Break Up

Briana went to Delaware to visit Javi, and it went bad … to say the least. He tried to pressure her into doing a lot of things — from talking her into moving to Delaware to advising her to not post about her upcoming plastic surgery on social media. When the trip was over, so were they as a couple.

“I felt controlled,” Briana said. “I felt like he was trying to manipulate me in a situation I didn’t want to be in.”

Javi was supposed to take care of Briana and her friend after they got their plastic surgery, but things between them were so bad she had to turn to her ex Dre to help them.

“Javi’s going to be butthurt when he sees who’s taking care of us,” she said to her friend, but didn’t seem to care too much. We smell trouble!

Kailyn and Javi Stir the Pot

To make matters worse, Javi decided it would be a good idea to involve Kailyn in everything about his breakup. She was the first person he told when he planned on breaking up with her. 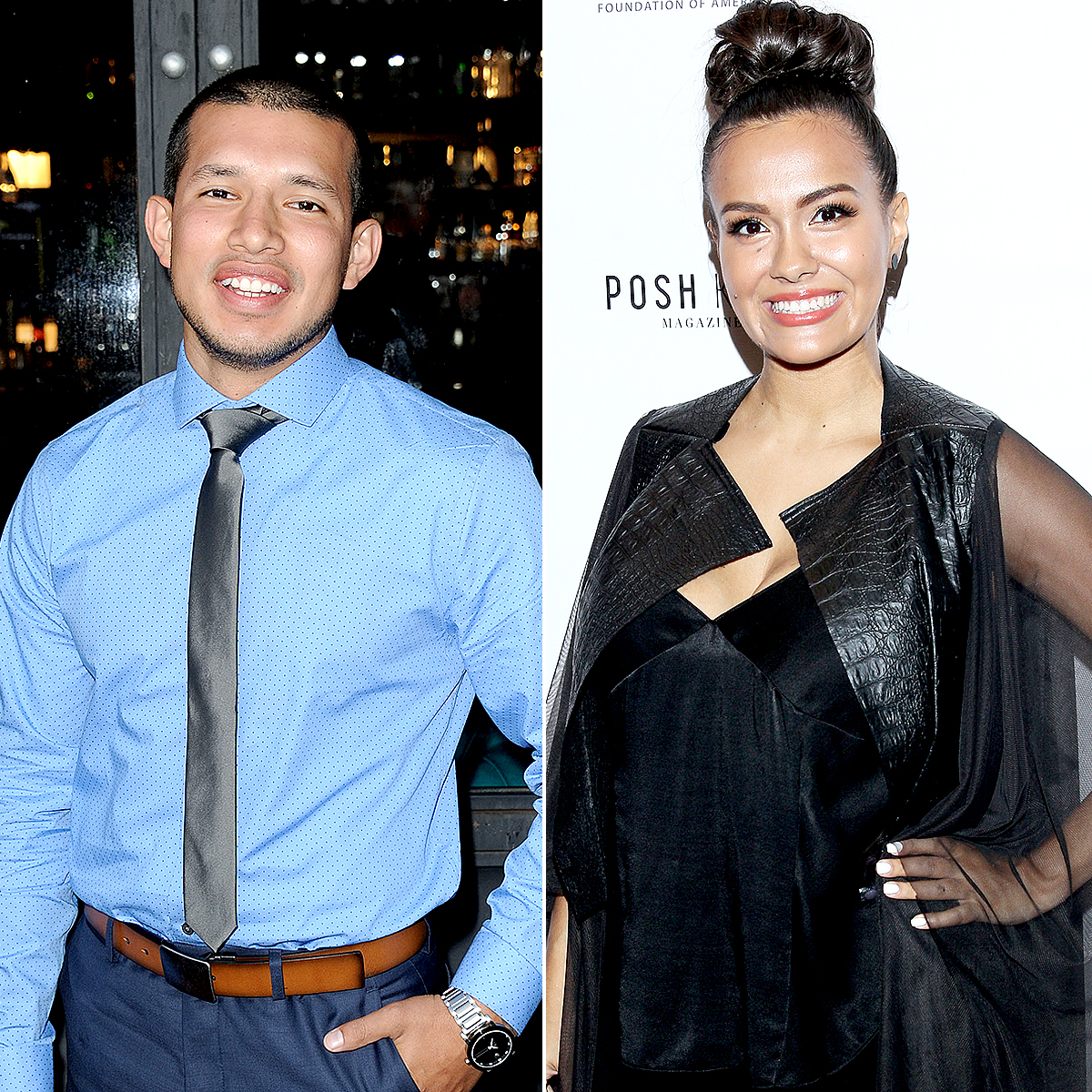 “My new relationship should not be mixed with a past relationship,” Javi said. “I’m trying to learn from my mistakes.” However, the two continued to talk about it anyway, and Kailyn totally trashed Briana. Briana obviously caught wind of the episode and went off on Twitter.

“I was so pissed, I couldn’t hold back,” Briana said. And we thought the last reunion was crazy. 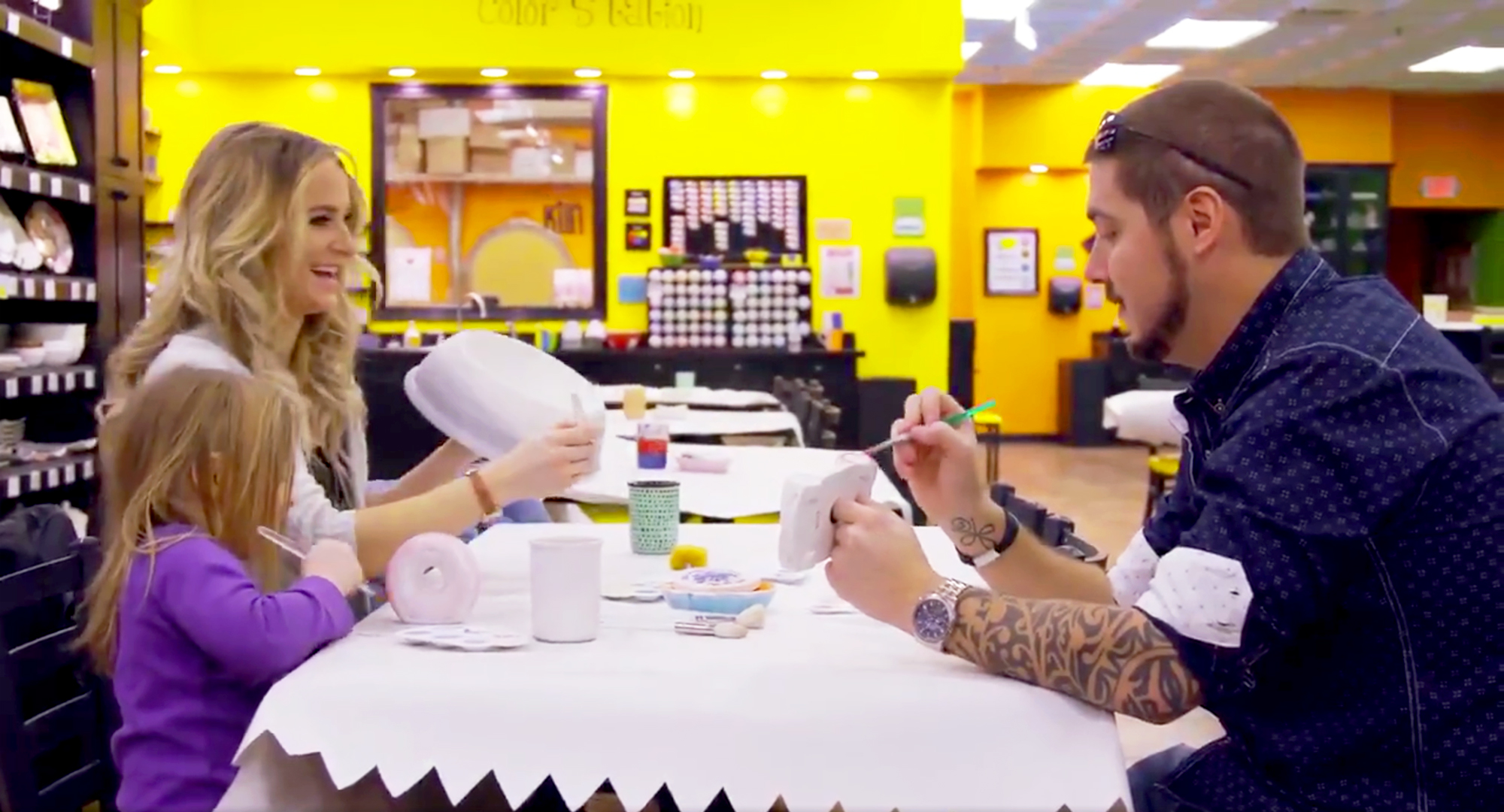 Leah and Jeremy Go on a Date

Leah Messer finally went on a date to a pottery painting place with her ex Jeremy Calvert this episode, except she made her daughter Addie come. Jeremy seemed upset he didn’t get one-on-one time with Leah but liked having the family together.

“I’m glad I got to take you and Addie out for an evening,” Jeremy said. Leah later told her friend that she had so much fun with her ex.

“He just wants me to be like ‘Let’s get back together,’” Leah said. “Does it cross my mind when he mentions it? Yes.” However, she said things would need to be drastically different than it was in their previous relationship for it to even work.

David Eason wasn’t being filmed after MTV cut ties with him for a string of homophobic tweets last week, but Jenelle Evans acted like it was his decision to not be filmed. She got to spend some time with Jace this week, but when he went back to Barbara Evans house, he did not seem to have a good time at his mother’s.

“I missed you so much,” Jace told his grandma, adding that Jenelle wouldn’t let him call her. “Mommy was being mean.”

As the episode went on, Jace told Barbara about how the couple was treating Kaiser. Specifically, they wouldn’t let Kaiser hang out on the boat with them and sent him to daycare for the day. “Mommy and David are pieces of s—t,” Jace said before spitting on the ground. Jenelle is not going to be happy about this one. 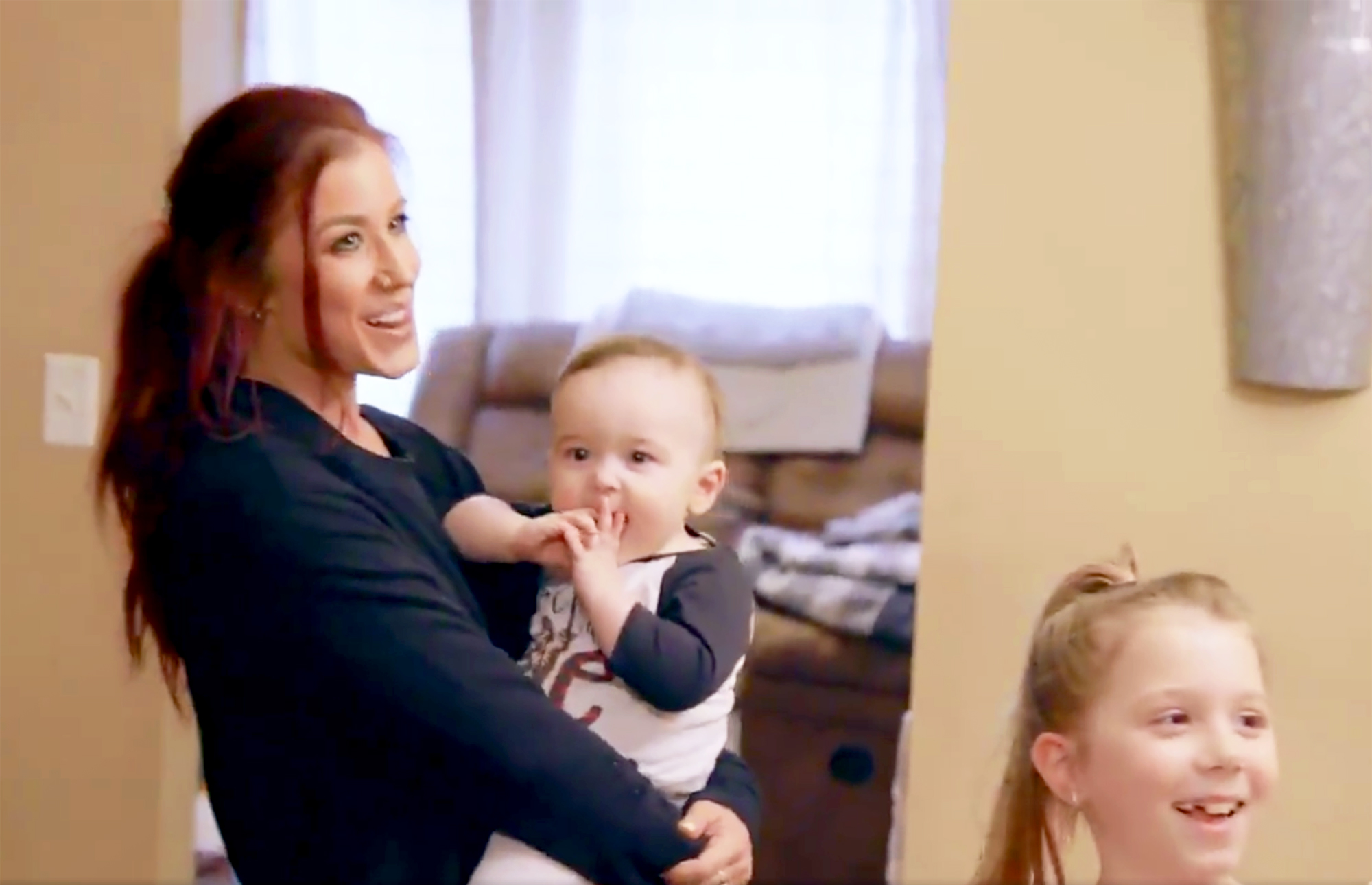 Chelsea Finds Out Her Baby’s Gender

Chelsea Houska found out she was having a girl and couldn’t wait to surprise Cole Deboer. She decorated the house in pink things, but she and her daughter had to be super sneaky at the party store so news wouldn’t get out that she was pregnant.

“We’re on the same team,” she said to Aubree. “I hate lying Aubree … I’m a terrible liar.”

Their plan worked and Cole was over-the-moon about having a baby girl of his own. “I had a feeling from the get go,” he said. “I have a lot of learning to do.”