Farrah Abraham will reunite with other ‘Teen Mom’ stars, including Maci Bookout and Amber Portwood, for a spinoff special premiering on MTV in early 2022.

The Teen Mom gang is getting back together! MTV announced on Tuesday (Nov. 30) that original Teen Mom cast member Farrah Abraham will be reuniting with her former co-stars Amber Portwood and Maci Bookout for Teen Mom: Family Reunion, an eight-episode spinoff special that will premiere on MTV on January 8, 2022. Teen Mom 2‘s Ashley Jones, Briana DeJesus, Jade Cline, and Leah Messer will also appear in the special, which, according to MTV’s press release, will see the women “come together for a massive family reunion to connect with one another and celebrate their unique bonds. They’ll also reunite with surprise guests from the past and present.”

This will be Farrah’s first time with her former cast members since she was fired from the reality show during season 7, which aired from 2017 to 2018. MTV also shared a first-look video at the special, which shows Amber, 31, and Maci, 30, talking to Dr. Drew Pinsky alongside Catelynn Baltierra, who does not appear in the special, about their experience reuniting with Farrah, 30. “We really tried to make her feel better…?” Amber said, while Maci added, “I have my own opinion, Amber has hers. Like, y’all make your own opinions, get to know her.” They also confirmed that Farrah conflicted with “pretty much everyone” on the special, including the Teen Mom 2 girls.

Farrah wasn’t there in-person in the spinoff special’s first-look video, but she did appear in a video recording that Dr. Drew showed to her former co-stars, which can be seen above. “Amber and Maci, I had such a good time catching up with you on the set of Family Reunion,” she said. “Cate, so sorry you couldn’t be there. Now it’s true, some drama went down. So stay tuned for a special sneak peek that will play in part 2 of this reunion. Okay ladies, have a great reunion. No storming off.” 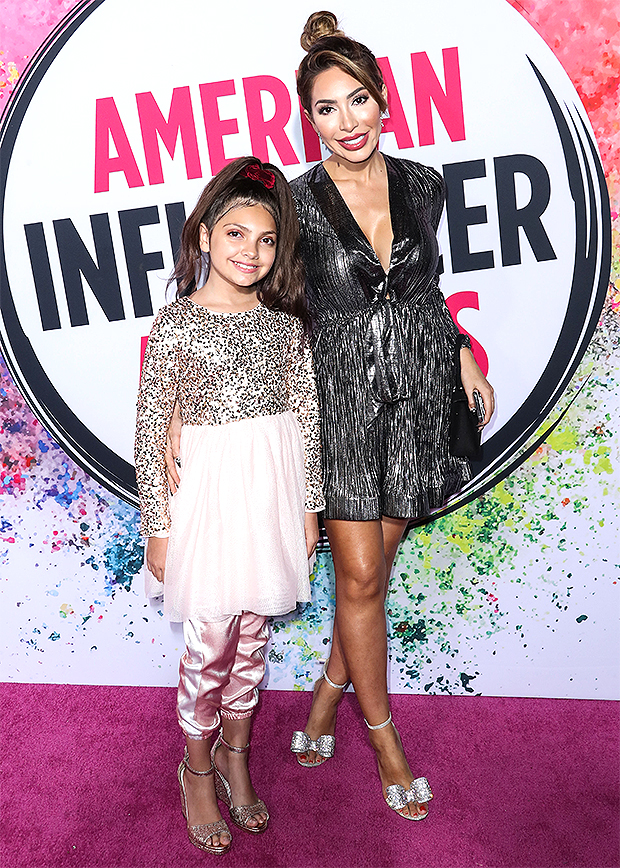