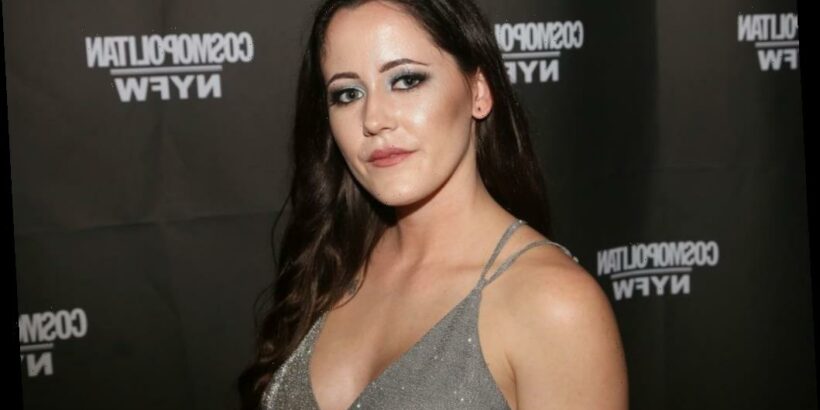 Jenelle Evans and David Eason are no strangers to breaking up and making up. The former Teen Mom 2 stars have been known to publicly breakup and even move out of their shared home before getting back together. When fans noticed Evans was no longer wearing her wedding ring, they wondered what was going on. Evans recently gave fans an update on why she stopped wearing the relationship symbol.

When Eason first appeared on Teen Mom 2 with Evans, fans were wary of him. He eventually was kicked off of the show for using homophobic language. Later, Evans was also let go after Eason shot their dog in front of their kids.

“It was a situation where my daughter, her health, her safety was in danger,” Eason told People TV’s People Now of why he shot the dog.

“This was something that nobody wants to ever have to do. The dog was aggressive. Yes, she might not be huge or whatever, but you know when a dog bites a child on the face more than one time, then it should never be around the child again. If you give the dog up for adoption, one day it’s going to be around children again.”

After the incident, Evans temporarily lost custody of her children and broke up with Eason.

“I’ve mostly kept off social media the past few days because I’ve been focused on making some big life decisions,” she wrote on Instagram. “I’ve lived my life on camera since I was 17 years old. And a lot of it hasn’t been pretty. But it’s been my life. I know I need to make changes. I’m starting that now. The kids and I have moved away from David. Nobody gets into a marriage expecting it to end but I know that’s what is best for me, and for my kids. Today I’ve filed papers to start that process.”

However, a few months later, the two got back together and Evans deleted the post.

After the two got back together, they began making a YouTube series telling their side of several stories that had been in the media about them. They addressed their relationship and how things between them had changed.

“I thought maybe it was best if I just moved away from everything that happened because I had so many bad memories that I just wanted to get away,” Evans said of why she originally left Eason. “And now I feel so much better being at home, starting fresh, and me and David are closer than ever. We get along so much better now I feel like than we ever have before.”

When Evans posted a TikTok wearing black and white silicone bands on her finger instead of her wedding ring, fans asked why she made the switch.

“I got fat and had it resized three times the wrong way,” commented back.

“So now I’m scared to get it resized again… so I give up for now until I lose weight,” she added.