Not the greatest timing! Tyler Baltierra and Catelynn Lowell are not in a great place on Teen Mom OG. In Us Weekly’s exclusive sneak peek of the Monday, December 3, episode, the 26-year-old father of two opens up to his father about their struggles. When his dad Butch asks if the pair, who just found out they were expecting again, were trying to get pregnant, Tyler answers, ”F—k no!”

“I’m not gonna bring no f—king innocent kid into this s—t,” Tyler says. “Does this stop or hinder what process we’re doing? No. So yeah, just because the baby’s here, just because you’re pregnant, that does not mean that anything is gonna change.”

He then adds that, once the house is finished, they’re going to do their “trial separation,” living apart. 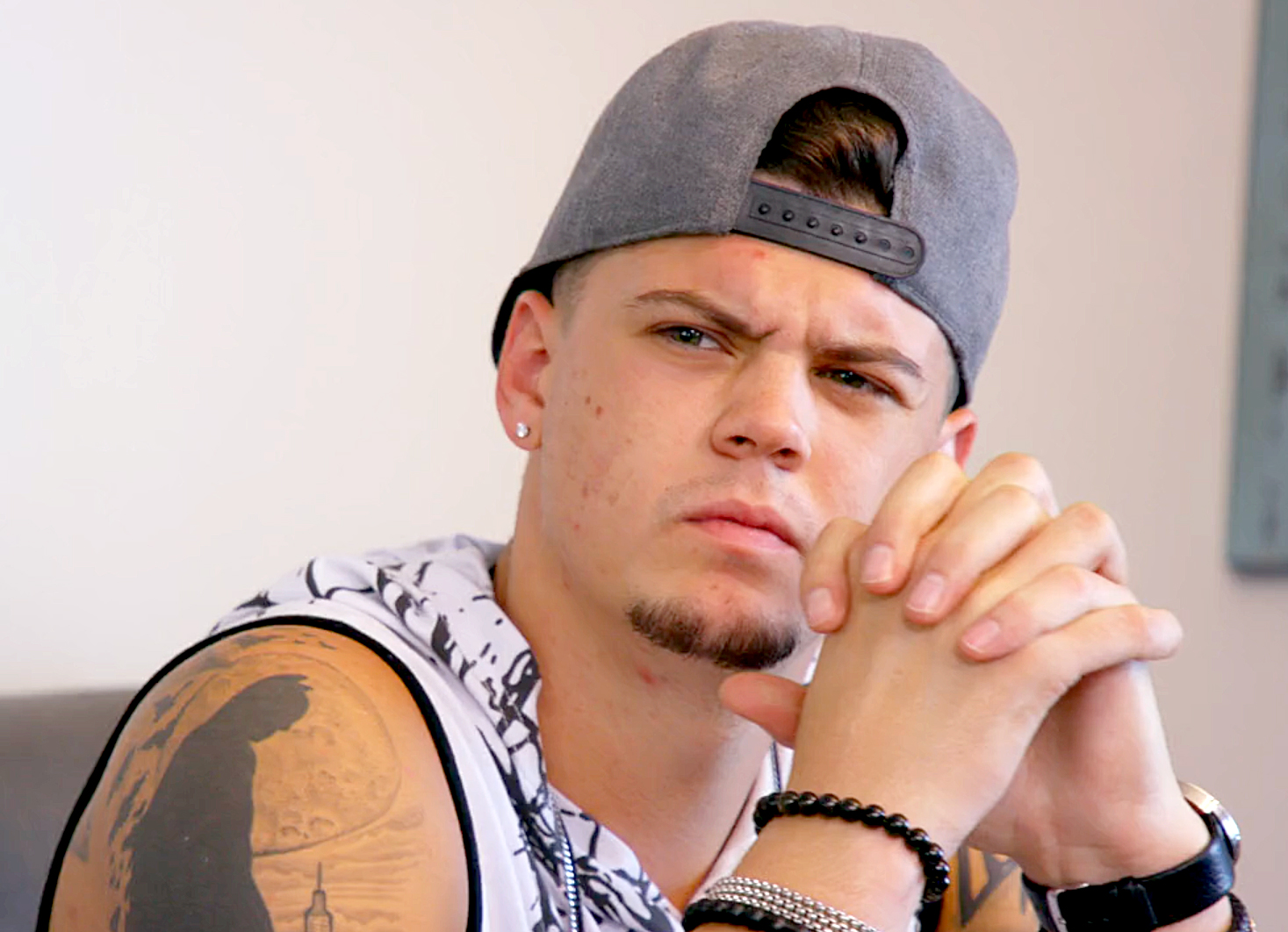 Catelynn, 26, and Tyler have been together since they were in middle school and are the parents to Novalee, 3. They welcomed their first child, Carly, in 2009, and placed her for adoption. However, during the Monday, November 25, episode, the pair revealed that after visiting a therapy retreat, they decided they needed to live separately for a month to work through their issues.

Tyler doesn’t miss a beat when responding: “Yeah! I want Cate when we were like 20, 21, 19 … I’m trying to, like, figure out how I can be supportive to Cate without being destructive to me.”