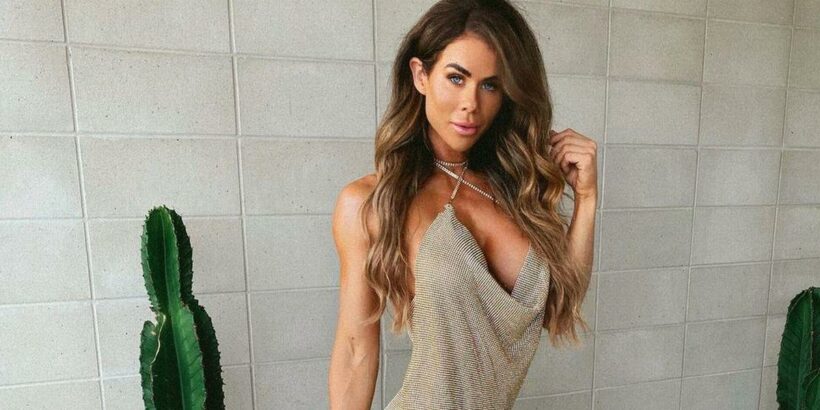 Sophie Guidolin faced a worrying health battle when she gave birth to her first child, aged 19.

However, it was being diagnosed with gestational diabetes that saw her come up with the idea for her fitness empire, which is now raking in the money and worth millions.

Gestational diabetes is high blood sugar that develops during pregnancy and usually disappears after giving birth.

According to the NHS, it happens when your body cannot produce enough insulin – a hormone that helps control blood sugar levels – to meet your extra needs in pregnancy. This can cause problems mother and baby during pregnancy and after birth. When Sophie was told she had gestational diabetes, she told news.com.au she began “actively learning about nutrition and what goes into my body" and studying nutrition.

“I didn’t know what I should be eating and that’s ultimately why I ended up studying nutrition,” Sophie, now 32, added.

A year later, the Australian influencer and nutritionist gave birth to her second son. She said she gained about 28kg and struggled to even do basic tasks.

“Caring for two young sons as a single mum and not having any energy was hard. Learning how to fuel my body and workout for optimal performance changed my life,” Sophie commented.

She wasn't a fan of the gym and started by walking with her double pram before enjoying the feeling exercise gave her.

“I would walk and listen to music. It was the only time I had to myself and it allowed me the time I needed to myself, as a single mum with no time alone,” Sophie said.

“From there I started to look into my nutrition and then personal training and weights.” This ultimately led Sophie, who is now a mother-of-four, to write nine books, win numerous titles and world rankings in bodybuilding and launch her own podcast called Flourished and Fulfilled.

She also created The Bod, her leading online health and fitness program with a macro-led nutrition approach.

“I am blessed now to run The Bod app, where I get to train and film my programming for the women in the community to follow,” Sophie said.

After documenting her journey online, Sophie realised there was a huge gap in the market at the time.

She said she was getting "so many messages" from women asking for tips and recipe ideas, so put together her first e-book. Sophie said that after that, things just "blew up". Sophie now runs her multimillion pound fitness empire that has thousands of members worldwide and boasts half a million followers on Instagram.

Asked about the “secret” behind her ripped body, she says “consistency is key”. She also recommends increasing and progressing with your weights.

As well as her fitness empire, the busy mum runs a household of four kids (two sons aged 14 and 13 plus five-year-old twin girls).

She admits her house is "organised chaos", saying she has a family diary to keep track of everything.

Seems like the busy lady has it all going on!