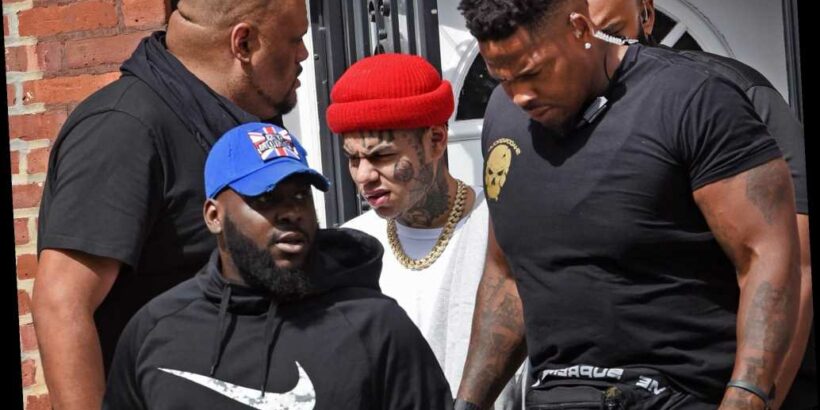 The Brooklyn rapper Tekashi 6ix9ine stiffed his bodyguards out of $75,000 shortly before his federal bust in 2018, a new lawsuit alleges.

Metropolitan Patrol, a California-based firm, inked a deal with Tekashi, whose given name is Daniel Hernandez, on Nov. 1, 2018, according to a lawsuit filed Monday in Los Angeles Superior Court.

Hernandez allegedly signed the contract three months after he was kidnapped, beaten and robbed of nearly $800,000 in jewelry and cash in Brooklyn.

While Hernandez was in Los Angeles, the firm provided armed officers and armored vehicles for nine days. Each bodyguard earned $85 an hour — not including overtime, the suit says.

After the company made several requests for payment, Tekashi’s agent allegedly said the “Gummo” rapper had no intention of paying the tab.

With late fees and legal expenses, Metropolitan Patrol wants Tekashi to cough up $88, 181.50, the lawsuit says.

The bill ballooned after Tekashi allegedly requested an overnight detail for two of the contracted days after a drive-by shooting on the set of one of his music videos.

On Nov. 8, the “Gotti” performer was at an $80 million Beverly Hills property to film a music video that featured Nicki Minaj and Kanye West when a shooter opened fire, sending a bullet through a bedroom window.

Later that month, Tekashi and five other members and associates of the Nine Trey Gangsters were hit with a federal indictment including charges of racketeering, weapon possession and conspiracy to commit murder.

The rapper-turned-snitch testified against his co-defendants and served less than two years in prison.

Hernandez’s lawyer said his client shouldn’t be on the hook for the security detail.