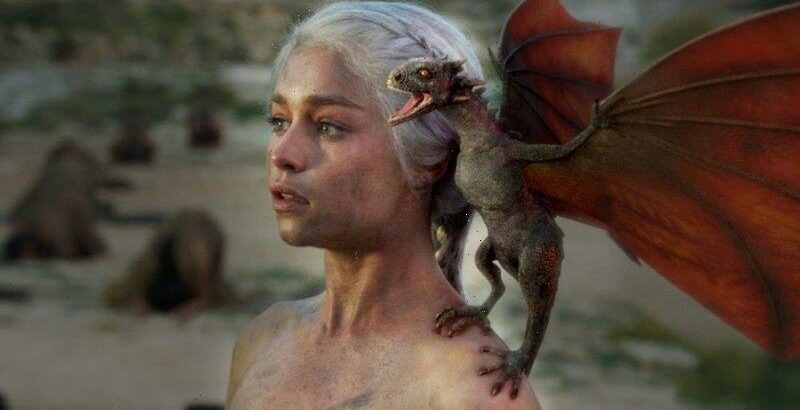 On April 17, 2011, Game of Thrones was unleashed on an unsuspecting viewing public. Sure, a few book nerds knew what was up but the general public were not au fait with George R.R. Martin’s unfinished book series A Song of Fire and Ice. Showrunners D.B. Weiss and David Benioff, however, knew a hit when they saw it. During its 10-year run, GoT turned its main cast of largely unknown actors into stars, broke Foxtel and became the last great global show everyone watched together. Why did it work and should you watch it again? Absolutely.

When Game of Thrones signed off on May 20, 2019, it had clocked eight seasons (that’s two days, 22 hours and 14 minutes of TV, according to Bingeclock), had 553 cast members and, reckons The Washington Post, more than 6800 deaths. So if you don’t remember Ser Waymar Royce getting knocked off by a White Walker, or missed Polliver getting stabbed in the throat by Arya Stark or completely forgotten Sean Bean was even in the thing, maybe it’s time to get reacquainted with the dead. 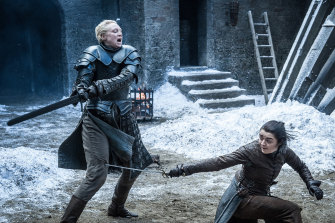 Gwendoline Christie, left, as Brienne of Tarth and Maisie Williams as Arya Stark in Game of Thrones.Credit:HBO

Let’s get this straight, women were treated appallingly in GoT’s Seven Kingdoms. In the first episode alone, the boob count is gratuitous and poor Emilia Clarke has to stand there nude with only a bad wig to cover her up. And let’s not forget the rape and casual misogyny that’s sprinkled throughout the series. It’s confronting but rewatching the series again makes you realise how formative these humiliations and underestimations are for our female heroes. They were set up from the beginning to rule, it just would have been nice if the writers could have got there without so much sex in the early seasons. 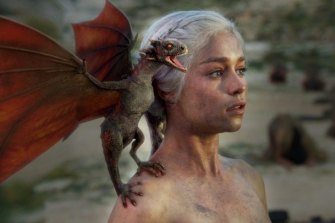 Emilia Clarke as Daenerys Targaryen, the mother of dragons.

At its heart, GoT is a multi-layered family soap, with dodgy uncles, long-lost cousins and an incestuous relationship no one really wants to talk about. Think Days of Our Lives with dragons. Everyone has daddy issues, too. The Starks are traumatised by the death of Ned Stark, who was beheaded on his son-in-law’s orders; while Cersei, Jamie and Tyrion are torn between pleasing and killing their dad Tywin Lannister.

GoT kept you guessing. Characters would routinely switch allegiances – Jaime! – and the writers were not shy about knocking big names off. The Red Wedding episode in season two became iconic because how many other shows are confident enough to kill off two of their leads, on top of the other lead they sent packing in season one? Yet, we still came back. And they killed off another lead, who then came back. Even though Jon Snow knew nothing, turns out the writers knew something.

While the depth, breadth and sheer nerdiness of GoT’s plot can feel intimidating, there’s a scientific reason as to why it was so addictive: it’s the number of characters. A study for the Proceedings of the National Academy of Sciences of the USA journal found the interactions between the characters were similar to real life. The study found with more 2000 characters in the book series, and with more than 41,000 interactions between them, the numbers were comparable to what humans can handle in real life. The University of Warwick explained it this way: “Even the most predominant characters – those who tell the story – average out to have only 150 others to keep track of. This is the same number that the average human brain has evolved to deal with.”

Yep, we as a viewing public, got on board with a show that had dragons in it. And no one thought that was weird at all. A small shoutout also goes out to GoT’s resident cat, the wonderfully named Ser Pounce. 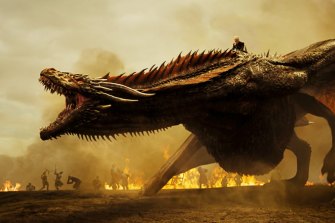 There are no shortage of Dragons in Game of Thrones.Credit:HBO

Yes, GoT churned out death on an industrial scale, but it also found time for romance and friendship. Jaime Lannister and Brienne of Tarth were a great odd couple, as were Brienne and Pod. Sam Tarly went from butt of the joke to keeper of the scrolls, while Tyrion and Bronn shagged and fought their way across Westeros.

What was the last show you watched with everyone? When GoT premiered it was on the cusp of streaming being the dominant way we view television. To think it dropped one episode a week here on Monday mornings now feels absurd, especially when most shows dump their episode load in one block. 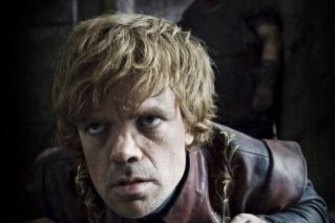 Yeah, yeah, we know you didn’t like it. We know you signed the completely ludicrous petition asking HBO to remake the final season. But, you know what, the ending was fine. Time to get over it….

… because prequels are coming. House of Dragon is due to start shooting in the northern Spring (so any day now) and it’s based on Martin’s book Fire and Blood. It’s set 300 years before GoT, tells the story of House Targaryen and stars Paddy Considine, Olivia Cooke and Matt Smith. Fingers crossed it goes better than HBO’s first attempt at a prequel: an unnamed pilot starring Naomi Watts was canned in late 2019 after the initial cut was not well received.