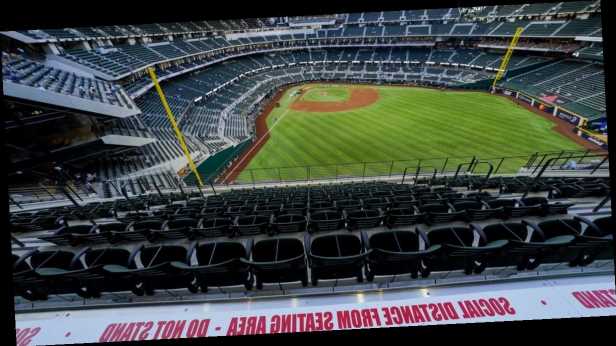 The Texas Rangers on Wednesday announced that they will allow 100% capacity at Globe Life Field for their home opener. The announcement comes a week after Texas Governor Greg Abbott announced he was rescinding the state’s mask mandate and opening Texas “100%.”

“The Rangers are encouraged that the Governor’s Office has given clearance for us to fully open Globe Life Field at the start of the 2021 Major League Baseball season,” President of Business Operations and Chief Operating Officer Neil Leibman said in a press release Wednesday, according to CBS Sports. Liebman said all attendees will be required to wear a mask or face covering.

The Rangers also plan to allow for full capacity at their final two exhibition games. After opening day, the Rangers will switch to a system where certain sections will allow for “distanced seating,” according to the team’s website. The stadium seats approximately 40,000 people, according to MLB.com.

“We’re not going to have the social distance seats available for Opening Day because we made a commitment to everybody [season ticket holders] that they could hold tickets if we would allow them for the proper Opening Day,” executive vice president and chief revenue and marketing officer Joe Januszewski told MLB.com. “We’re going to honor that, so in order to do that, obviously we would be at a full capacity.”

Fans with opening day tickets who are uncomfortable attending the game will be allowed to exchange their tickets for a future game.

The April 5 matchup with the Toronto Blue Jays will mark the first Rangers game at their new stadium with fans. Up to 11,500 had been allowed to attend each game of the 2020 National League Championship Series and World Series, both of which were played entirely at Globe Life Field, which served as a neutral site to keep teams from having to travel. 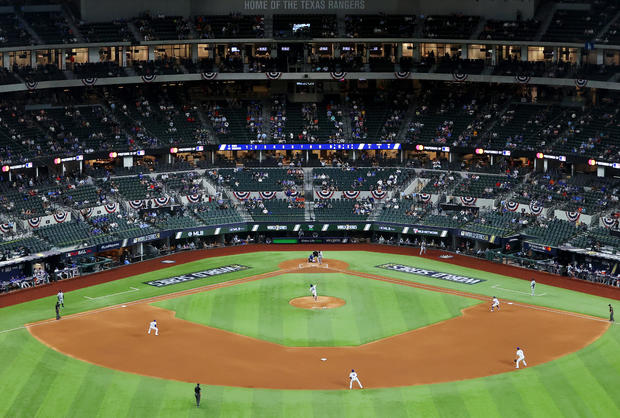 No fans were allowed to attend any regular season games during the pandemic-shortened 2020 MLB season. While many teams have announced plans to allow limited attendance in 2021, the Rangers are thus far the only team to allow for 100% stadium capacity at even a single game.

Abbott’s announcement that Texas would be dropping mask mandates and restrictions on businesses was met with harsh criticism from President Joe Biden. As of Tuesday, Texas ranked 47 out of all 50 states in percentage of the population to receive at least one dose of a coronavirus vaccine.

“I worry we’re in for the perfect storm. We’re lifting restrictions, the B.1.1.7 variant is here in a big way, and we’re lagging behind on vaccinations. None of that is good news,” said Dr. Peter Hotez, the Dean of Baylor College of Medicine. “We’re going to be in a much better shape in a couple of months from now. I don’t quite understand the urgency to lift restrictions.”

More than 45,500 people in Texas have died since the beginning of the pandemic, according to data collected by Johns Hopkins University.