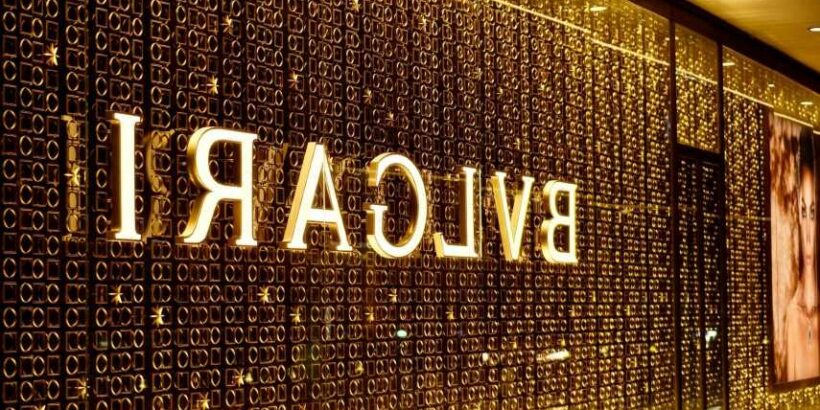 Sotirios Voulgaris founded the jewelry brand Bvlgari in 1884 after immigrating from Greece to Italy. The brand is named after the phonetic pronunciation of Sotirios’ last name. As a skilled silversmith, the founder wanted to create Roman-inspired pieces through mosaics and architecture. The noble brand grew in popularity during the 1950s when celebrities and socialites began donning Bvlgari jewels for movies. Elizabeth Taylor most notably wore the jewels for her film Cleopatra. The brand has defined elegance since Old Hollywood, with celebrities like Taylor and Ingrid Bergman often wearing its jewels. Today, the brand has brought innovation with its high jewelry collections and has become a go-to jewelry place for the new generation.

Through its creations with jewels and watches, Bvlgari has had a big impact on pop culture through its work. Under the leadership of Lucia Silvestri, the brand has established itself as a long-standing legacy. Let’s take a look at Bvlgari’s most expensive jewelry.

After purchasing Gerald Genta, a Swiss watch company, Bvlgari began production for creating a stand-out watch. The brand introduced the Magsonic Sonnerie Tourbillon with complicated functions and various features. According to Esquire, it is made from Magsonic alloy, which is reportedly a special sound metal to enhance the music the watch chimes.

RELATED: From Oscars To Golden Globes: The Most Expensive Red Carpet Jewelry Of All Time

Diamond watches have become style statements for male personalities everywhere, from sports to Hollywood. Bvlgari jumped in on the trend and introduced the Octo L’Originale Blue Full Baguette Diamonds Watch in 2019. Weighing 50.25 carats, the timepiece is made from 18-carat white gold and 1,172 baguette-cut diamonds. Nick Jonas was spotted wearing the watch at the 2020 Golden Globes Awards.

Selena Gomez has been a long-time fan of Bvlgari, and the star chose the jewelry for her accessories at the 2022 SAG Awards. She was spotted wearing the coveted diamond Serpenti Necklace that featured more than 200-carat diamonds. The small round diamonds are woven into three layers and connected with a serpent-shaped lock.

Creative director of Bvlgari Lucia Silvestri found a 21,000-carat emerald that formed a 100-carat oval gem with a snake-like diamond chain to create the Serpenti Hypnotic. Robb Report noted that it took 2,200 hours to create the necklace and an additional 1,000 hours just to cut the emerald. Zendaya was seen wearing the necklace at the Toronto International Film Festival in 2022 for Inside The Dream.

Bvlgari’s Magnifica high-jewelry collection dropped in 2021, and one of its best pieces was a necklace worth $6 million. The emerald was initially 98 carats, but it was cut to 93 carats before being designed into a cabochon-cut emerald interwoven with diamond and emerald-encrusted snake. Zendaya debuted the necklace at the Dune premiere during the 2021 Venice Film Festival.

As the newest brand ambassador for Bvlgari, Anne Hathaway arrived at the 2022 Cannes Film Festival in style when she debuted the Mediterranean Reverie Necklace from the Eden and The Garden of Wonders Collection. As mentioned by Today, the cushion-cut sapphire in the middle resembles the blue diamond from Titanic. The sapphire weighed 107.15 carats alongside the pear-cut pave diamonds on the necklace.

The sale of the deep blue diamond ring was expected for a long time, and it shone into the spotlight after the auction house Bonhams sold it for a whopping $9.6 million. The diamond is perched on Bvlgari’s Trombino, designed in the 1960s. The 5.3-carat diamond was purchased at $1.8 million per carat by an unknown buyer.

It was once said that Elizabeth Taylor only knew the word Bvlgari in Italian, as was the impact of the jewelry brand on the legendary actress. After her death, Taylor’s emerald collection was auctioned off at Christie’s. Her emerald and diamond brooch sold for $6.57 million, while the earrings and floral brooch were auctioned off for $3.22 million and $1.54 million each.

Christie’s 2018 Magnificent Jewel Sale in New York saw many jewels being put up for auction. Still, Bvlgari’s Vivid Blue Diamond ring became the most expensive sale, priced at $18.3 million, as stated by Forbes. Made from the finest blue diamond in Bvlgari’s history, the cushion-set diamond weighed 8.08 carats and was perched on a diamond ring.

To expand its audience reach and bring a fresh wave of customers, Bvlgari has made young Hollywood faces as its brand ambassadors to showcase its high-end jewelry on red carpets and award shows. With house muses Anne Hathaway and Zendaya, the brand has recently introduced the highly anticipated Eden and The Garden of Wonders Collection in 2022.

READ NEXT: How Timothee Chalamet Became A Hollywood Star And Made Millions