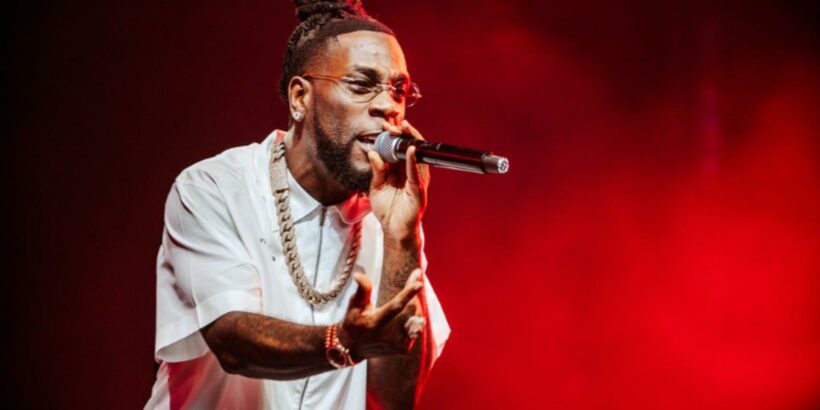 The history of Afrobeat began in the 1960s, as the music genre was introduced to the world by the late Nigerian musician and multi-instrumentalist Fela Anikulapo Kuti. At the time, it blended western musical styles with American funk, jazz, and soul patches. Today, the iconic music genre has transformed into Afrobeat, a 21st-century West African music genre that blends genres like Hip Hop, House, Jùjú, Ndombolo, R&B, and Soca into one single sound. Global icons like Wizkid, Davido, and Burna Boy are a few of the many Afrobeat artists taking the sound beyond borders today. However, this article will focus on the top ten Afrobeat artists globally, who have made a fortune from this afro-fusion sound.

Born Oladapo Daniel Oyebanjo, 42, D’banj is a Nigerian singer and rapper regarded by many as one of the most successful Afrobeat acts of all time. Since 2004, D’banj has continued to release songs, many of which have topped charts in Nigeria, the UK, and other countries. However, with the release of his 2012 summer hit “Oliver Twist,” the iconic star’s career took off beyond borders, as the world hailed the song as one of the greatest afrobeat songs ever released. D’banj is reportedly worth $11 million today.

Since his successful debut album “Rapsodi” in 2011, Olamide Gbenga Adedeji, widely known by his stage name, “Olamide Baddo” has cemented his status as one of the most prominent and influential afrobeat acts of all time. The 33-year-old singer and rapper have also continued to release albums and EPs, all of which have been commercially successful. Today, the iconic global afrobeat star is worth $12 million.

These Are The Richest Judges Of ‘The Voice’ Over The Years

Since he began his solo career in 2005, only a few afrobeat artists can boast of the success of Inetimi Timaya Odon who is popularly called “Timaya” by his fans. His first album, “True Story”, was commercially successful, as it produced one of his finest solo singles of all time- Dem Mama. However, his 2021 smash hit “Cold Outside” is one of his most streamed songs to date. Today, 42-year-old Timaya is worth $12.5 million.

Born Michael Owusu Addo, 34, Sarkodie is a Ghanaian rapper and songwriter, regarded by many Ghanaians as the country’s most excellent afrobeat star. In a successful career that has spanned 17 years, Sarkodie has earned multiple nominations and won awards. He was the first winner of BET’s Best International Flow artist at the 2019 BET Awards. His latest album, “No Pressure”, released in 2021, continues to top charts in Ghana and abroad. Today, the prosperous African rapper is worth an estimated $15 million.

Paul Okoye aka. Rudeboy is one half of the P-square duo, both known for delivering smashing hits in the early 2000s and their electric dances. However, since the split in 2017, Rudeboy, now 40 years old, has continued to make great music, much to the delight of his fans. His 2019 hit single, “Reason with Me”, topped the chart when it was released, and the same can be said of many of his other singles. Today, Rudeboy’s net worth is a whopping $16 million.

Born Innocent Idibia, 2baba is widely regarded as one of Nigeria’s greatest and most influential musicians. The 47-year-old iconic singer and songwriter shot into stardom with the release of his solo debut album, Face2Face, in 2004. That album produced the smashing hit “African Queen”, a song referred to by many listeners as one of the greatest love songs ever recorded. With a successful musical career spanning almost three decades, 2baba is reportedly worth $16.5 million.

Damini Ebunoluwa Ogulu, who is known by the stage name Burna Boy, is a 31-year-old Nigerian singer and songwriter known for his exploits around Afrobeat. Since the release of “Like to Party”, his first official single, the two-time Grammy nominee has continued to take Afrobeat from Africa to the world. His latest album, Love Damini, showcases his strength and love for the western African genre, one which he has mastered in his illustrious career. Today, he is one of Afrobeat’s wealthiest acts, reportedly worth $17 million.

‘The King’ Of The Screen: 10 Highest-Grossing Elvis Presley Movies, Ranked

Born David Adedeji Adeleke, Davido shot to stardom in 2011 with the release of Dami Duro, a song described by many music lovers as classic and timeless. He has since continued to release many works of art, cementing his name as one of the greatest Afrobeat artists. Asides from music, the 29-year-old American-Nigerian singer, songwriter, and record producer has also made an enormous fortune from brand sponsorship and endorsements. Today, Davido is worth a whopping $20 million.

Since coming to the limelight with his 2010 smash hit single “Holla at Your Boy”, 32-year-old Ayodeji Ibrahim Balogun, widely known as Wizkid has never looked back as he continues to take Afrobeat from Africa to the entire world. The Grammy award winner is one of the few Afrobeat artists in Africa currently making timeless music. This is why it is no surprise that his latest album, Made in Lagos, released in 2020, is still topping the music charts today. Wizkid is one of the wealthiest Afrobeat stars in the world today, as he is estimated to be worth $21 million.

Youssou N’Dour is a Senegalese singer, songwriter, musician, composer, actor, and businessman who is also known for his exploits in politics in his home country of Senegal. With an entertainment career spanning four decades, the legendary entertainer sampled multiple music genres, including Afrobeat. He has earned multiple nominations and many awards, including a Grammy in the Best Contemporary World Music Album category for his commercially successful album, Egypt. Today, the 63-year-old is the wealthiest Afrobeat artist in the world with a net worth of $145 million.

The 10 Best-Selling Video Games Of All Time