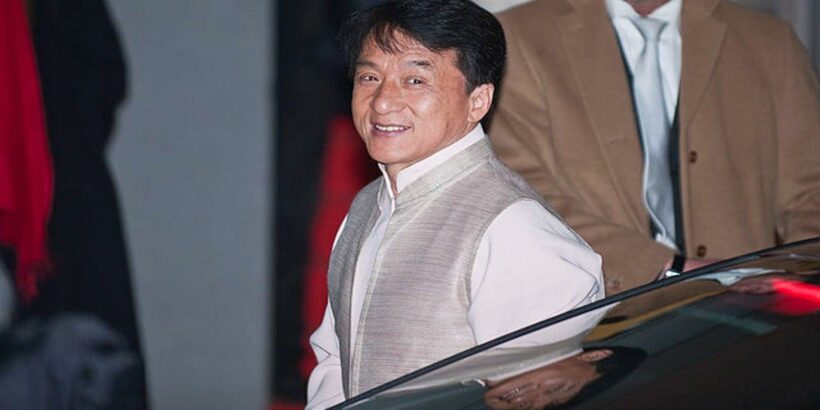 Everyone loves a man or woman who can fight, whether that be as an athlete in real life or as an actor on the big screen. Just think of the number of action stars over the years who have been immortalized: the legendary Bruce Lee, Jackie Chan, Wesley Snipes, The Terminator Arnold Schwarzenegger, Jean-Claude Van Damme, Sylvester Stallone, Jason Statham, and the list goes on! It’s even more incredible when the fighting credentials of these actors are not only limited to movies, but they have legitimate martial arts fighting skills! Many of these actors come from Asian countries like China, Japan, and Thailand where extreme forms of martial arts originate. Here are 10 of the richest Asian actors in the world in 2022.

Probably one of the most internationally recognized martial arts actors will be Jackie Chan. Born as Fang Shilong on April 7, 1954 in British Hong Kong, Jackie Chan began his film career since 1962 at the age of five years old as a child actor. He continued to act in small roles in Chinese films until getting a big breakthrough as a stunt double in the 1972 Bruce Lee film, Fist of Fury. It didn’t take long before he started landing lead roles in various Chinese fighting films which also lead to success in the comedy genre. Then from the late 1980s, he began making waves in the Hollywood film industry and was soon starring in films like Rush Hour next to the comedian Chris Tucker as well as movies with Owen Wilson and Jennifer Love Hewitt. Today, he has a net worth of $400 million.

If you’re a martial arts enthusiast with a list of favorite martial art actors, then you must’ve heard the name Jet Li already. His worldwide fame is just as renowned as Jackie Chan’s as he is also from China. And similar to Jackie Chan, he too found success in film both in China and in the America. Li’s film debut came in 1982 in the Chinese film Shaolin Temple, which broke the box office records in China by grossing over $85 million and selling over 500 million tickets. As he made his way over to the West, his international film debut came in the 1998 action film, Lethal Weapon 4, where he played the villain beside Mel Gibson, Danny Glover, comedian Chris Rock, and Joe Pesci. Today, his net worth sits at $250 million, according to Celebrity Net Worth.

Martial arts enthusiasts may have recognized him from the 2000 wuxia film Crouching Tiger, Hidden Dragon, but Chow Yun-fat has been gracing the television screens since the 1980s. He first found TV success on the TV series, The Bund, which garnered him considerable fame throughout Asia. However, his dream to become an established film actor was still in sight and it soon became a reality after teaming up with director John Woo, which turned him into a megastar. After finding success in both action and romantic comedies in China, he attempted to reach similar heights of success in Hollywood but his movies failed to perform at the box office. However, in 2007 he landed a part in Pirates of The Caribbean: At World’s End. Yun-fat’s net worth is currently $200 million.

Born in Taipei, Taiwan, officially recognized as the Republic of China (ROC), Jay Chou has found incredible success as a singer, songwriter, rapper, actor, and television personality, selling over 30 million records as a music artist. Beginning at a young age, he developed a love for the art of music and began playing the piano, which led to him being signed up unknowingly by his friend in a 1998 talent show called Super New Talent King. Though not having won the competition, the show’s host, Jacky Wu, recognized his music composition and the rest was history. His unique blend of pop, contemporary R&B, rock, and rap genres has led to multiple collaborations with multiple musicians, such as Vincent Fang, singer-songwriter Jacky Cheung, Andy Lau, and Kenny Bee, and he has even collaborated with the late NBA star Kobe Bryant.

Huang Xiaoming, also known as Mark Huang, amassed his $80 million as an actor, singer, and model. Born in Shandong, China, he was chosen by a producer to star as a child actor in 1984 but denied the opportunity due to his introverted personality. However, he later debuted in a 1998 drama titled Love is Not a Game, and went on to continue working in film and television. He also starred in the Hong Kong action film The Sniper in 2009 and the 2010 martial arts film Ip Man 2 beside the famous action star, Donnie Yen.

Along with Jackie Chan and Jet Li, Andy Lau is among one of China’s most commercially successful film actors to be crushing it since the mid-1980s. But unlike the other two actors mentioned, he has kept his schedule busy as an actor all while maintaining a successful singing career at the same time. As a testament to Lau’s accomplishments as a musician, recently on September 3rd, the singer-songwriter surpassed his own record for most worldwide viewers during an online concert by pulling in 350 million people, according to Music Business Worldwide. As an actor and film producer he has received numerous awards and has grossed a net worth of $70 million for his efforts.

Born on February 5th, 1976, Tatchakorn Yeerum, internationally known as Tony Jaa, is unequivocally one of the most renowned martial arts actors from Thailand. He admits that the source of his inspiration came from watching the forerunners of martial arts acting, Bruce Lee, Jackie Chan, and Jet Li. Before launching onto the world stage, he worked as a stuntman for Muay Thai Stunt group for 14 years. His film debut came in 2003 in the film Ong-Bak: Muay Thai Warrior, which went on to spawn two prequels, Ong-Bak 2 and Ong-Bak 3. The the commercial success of those films, Jaa found favor in the Western film industry and has worked with prominent action stars such as Michael Jai White, Dolph Lundgren, Ron Perlman, Vin Diesel, and has even co-starred in the seventh installment of the Fast and Furious franchise.

As one of the youngest millionaires with a $10 million net worth, Lu Han is a singer and actor who was born in Beijing, China on April 20, 1990, making him just 32 years old. He rose to fame in late 2011 after becoming a member of the highly popular South Korean-Chinese boy band called Exo and its sub-group, Exo-M. He left the group in 2014 and in the same year was ranked the sixth most popular entertainer in China. One of his most successful songs, titled Deep, became the promotional song for the Chinese version of the computer-animated film Kung Fu Panda 3. He also released a single titled The Inner Force which also became the Chinese promotional theme song for the 2015 space film Star Wars: The Force Awakens.

At just 31 years old, Kris Wu is another one of the youngest millionaires on this list with a net worth of $9 million. The singer, rapper, actor, and model was also a member of the Exo boys band but left in 2014. He has starred in multiple No. 1 Chinese box office hits before making his Hollywood debut alongside A-list actors like Vin Diesel and Samuel L. Jackson in XXX: Return of Xander Cage in 2017. The young star also spent time in Canada where he took part in a 2016 NBA All-Star Game coached by rapper Drake. However, according to Rtiverse, despite his international recognition and fortune, Wu was imprisoned earlier this year for the alleged sexual assault of a fan but continues to have a loyal fan base.