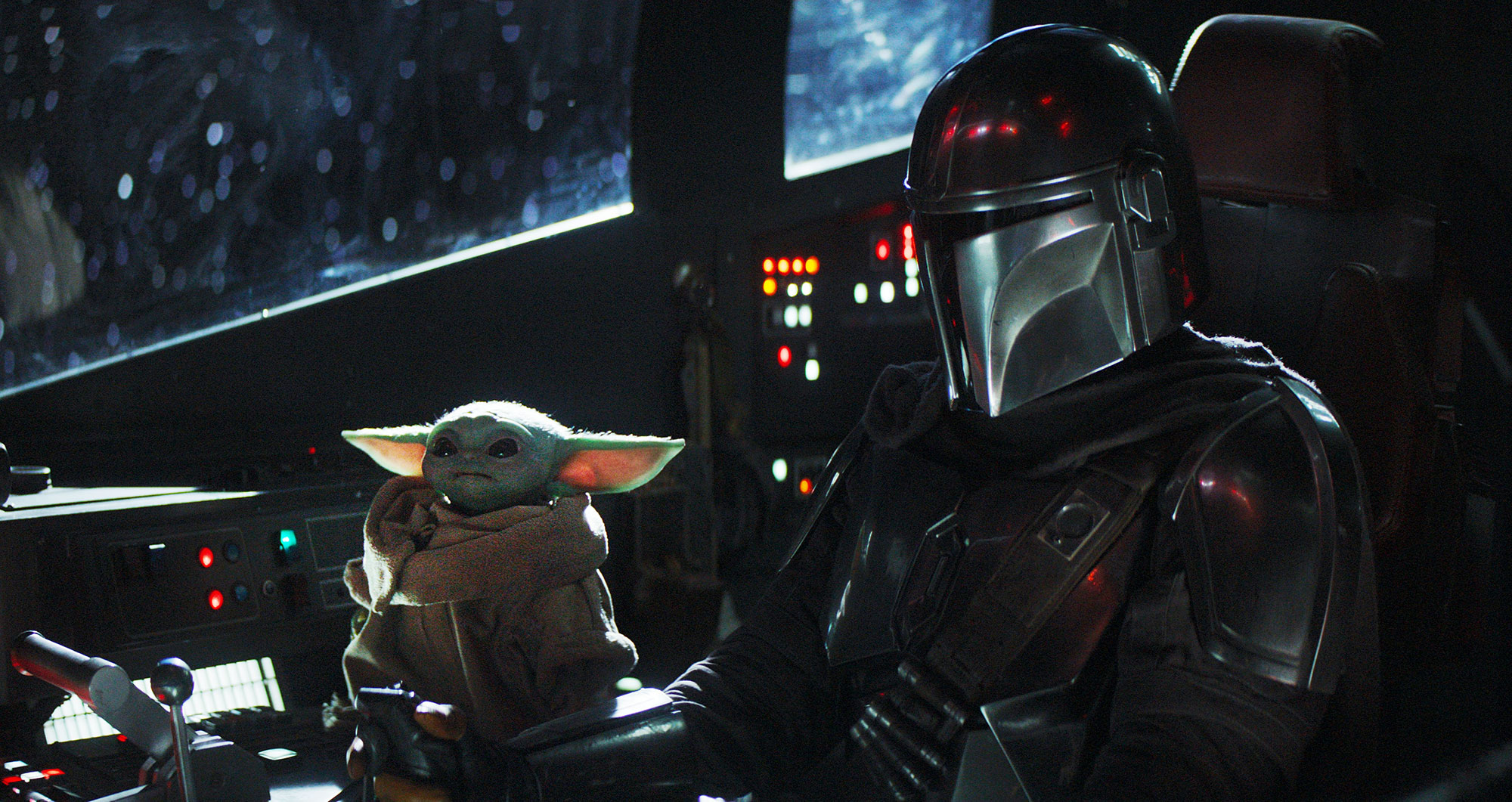 Christmas has come early for Star Wars enthusiasts! In addition to the debut of The Mandalorian, a new television series set in a galaxy far, far away that premiered earlier this month on Disney+, fans of the Star Wars universe can now head to Starbucks and order a drink that’s inspired by one of the franchise’s most beloved characters.

The aptly named Baby Yoda Frappuccino is modeled after a character in The Mandalorian that viewers have dubbed Baby Yoda. Though it’s not a beverage that is part of Starbucks’ official menu, coffee-drinkers can order one by asking a barista for a matcha green tea Frappuccino with caramel drizzle added to the inside walls of the cup.

The thirst-quencher, which was created by TotallyTheBomb.com, should then be topped off with whipped cream, caramel and caramel ribbon crunchies. As far as made-to-order drinks go, this one is pretty simple.

The result is a green and tan libation that resembles Baby Yoda wearing his all-important cloak. Though the pint-sized figure that has taken the internet by storm isn’t actually a younger version of the wise fan favorite, he is the same species as Yoda, hence the moniker.

Given Baby Yoda’s cuteness and a general love of Frapps, it’s no surprise that many Starbucks customers have hastily embraced this off-menu item. “I need this in my belly,” declared one enthusiastic Twitter user. Added another: “I guess I’ll have to try this.”

My friends @totallythebombdotcom are on a mission to make Baristas hate their guts LOL..Today’s trending @starbucks secret menu drink is the adorable mini green stuff of a Baby Yoda(or that’s what we are calling it)..The drink is possible to create since the ingredients are pretty basic, here’s how you make it.. 1. Start by asking for a matcha green tea Frappuccino ..2. Ask to add caramel drizzle to the cup (this will be Baby Yoda’s cloak)..3. Top off with whipped cream, caramel and caramel ribbon crunch crunchies(not sure if caramel crunchies are even available, but if they are sweet).. This is fun for the little and big kids, let’s just hope the Baristas can find it in their hearts to forgive us LOL.. If you want more cool Starbucks “secret” menu options head over to @totallythebombdotcom website, they keep banging them out👍🏼..May the Baby Yoda cuteness continue to infest the internet for ever 😅🤗💚🥤 #babyyoda #babyyodafrapp #starbuckssecretmenu #f52grams #foodgasm #foodporn #foodie #junkfood #nyeats #foodofny #brooklyn #starwars #foodnews #exclusive #funtimes #yoda #drinks #sorrybaristas.

Still, not everyone is on board. One Twitter user noted that ordering items that aren’t on Starbucks’ standard menu makes things very difficult for the baristas, while another pointed out that the drink isn’t exactly an homage to the adorable Star Wars character. “Now I’m picturing a bunch of Baby Yoda’s being blended up for this frappuccino.” the user wrote. “#SaveBabyYoda.”

In recent months, TotallyTheBomb.com has created an array of custom beverages tied to key pop culture figures and events. In October the site crafted The Joker Frappuccino, a red, white and green drink modeled after the DC villain that featured a matcha green tea creme Frappuccino with a strawberry drizzle smile and matcha powder mixed with whipped cream as a topping.

And to celebrate the 25th anniversary of the Friends series premiere in September, the outlet created a series of six themed Frapps — one for each friend.