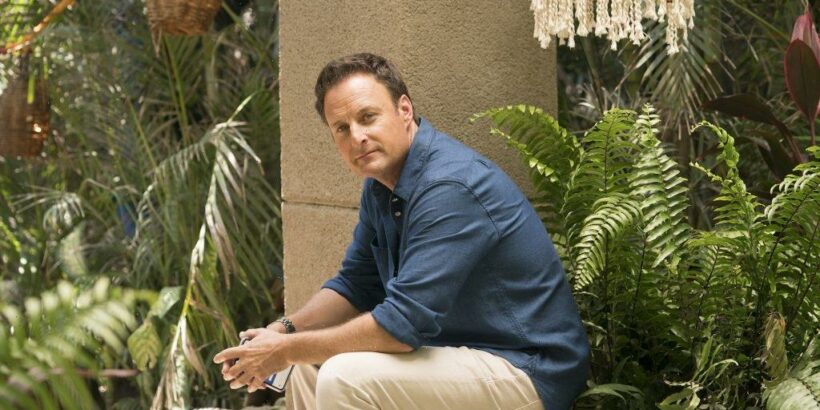 Chris Harrison is no longer the host of The Bachelorette. After last week’s shocking announcement that he was leaving the franchise, fans of the show have been wondering what is next for the franchise and who will step into Harrison’s iconic role. Well, fans may have to wait a while to find out the answer to that as ABC is apparently not in a rush to find a replacement for the former host.

The beginning of the end of Harrison as a host started after he defended contestant Rachael Kirkconnell for attending an old south party in 2018. After receiving backlash, he announced that he was going on hiatus for the remainder of Matt James’ season of The Bachelor. It was later revealed that he would not be hosting The Bachelorette or Bachelor in Paradise. Then, last week, Harrison announced his full exit.

“I’ve had a truly incredible run as host of The Bachelor franchise and now I’m excited to start a new chapter,” Harrison said on Instagram. “I’m so grateful to Bachelor Nation for all of the memories we’ve made together. While my two-decade journey is wrapping up, the friendships I’ve made will last a lifetime.”

Why ABC is not rushing to fill his spot

Bachelor fans are clamoring for any information they can find on who will replace Harrison. However, that answer may be a long time coming as insiders have told Variety that filling the role is not on the front of ABC executives’ minds right now. According to the outlet, the network feels they have plenty of time since The Bachelorette and Bachelor in Paradise are already taken care of. It is likely that a host won’t be announced until the next season of The Bachelor, which will go into production in the fall but won’t premiere until January.

Right now, The Bachelorette is having former leads Tayshia Adams and Kaitlyn Bristowe step in as mentors for Katie Thurston. On Bachelor in Paradise, there will be a rotating number of hosts, including David Spade, Tituss Burgess, Lil John, Wells Adams, and Sarah Hyland filling in for Harrison.

Who may replace Chris Harrison?

A lot of names have been thrown out in discussions of who could take over Harrison’s role. Before any talks of a hiatus, some people were already hoping Wells would take over for Harrison.

Now that Harrison actually is gone, Wells could very well take on that role. He has already been a pseudo host as the bartender on the past few seasons of Bachelor in Paradise.

In addition to Wells, Emmanuel Acho has been getting a lot of love from fans since he hosted the After the Final Rose ceremony for Harrison. Rachel Lindsay’s name has also been thrown into the ring by fans as she has been one of the driving forces to bring about change and diversity within the franchise.