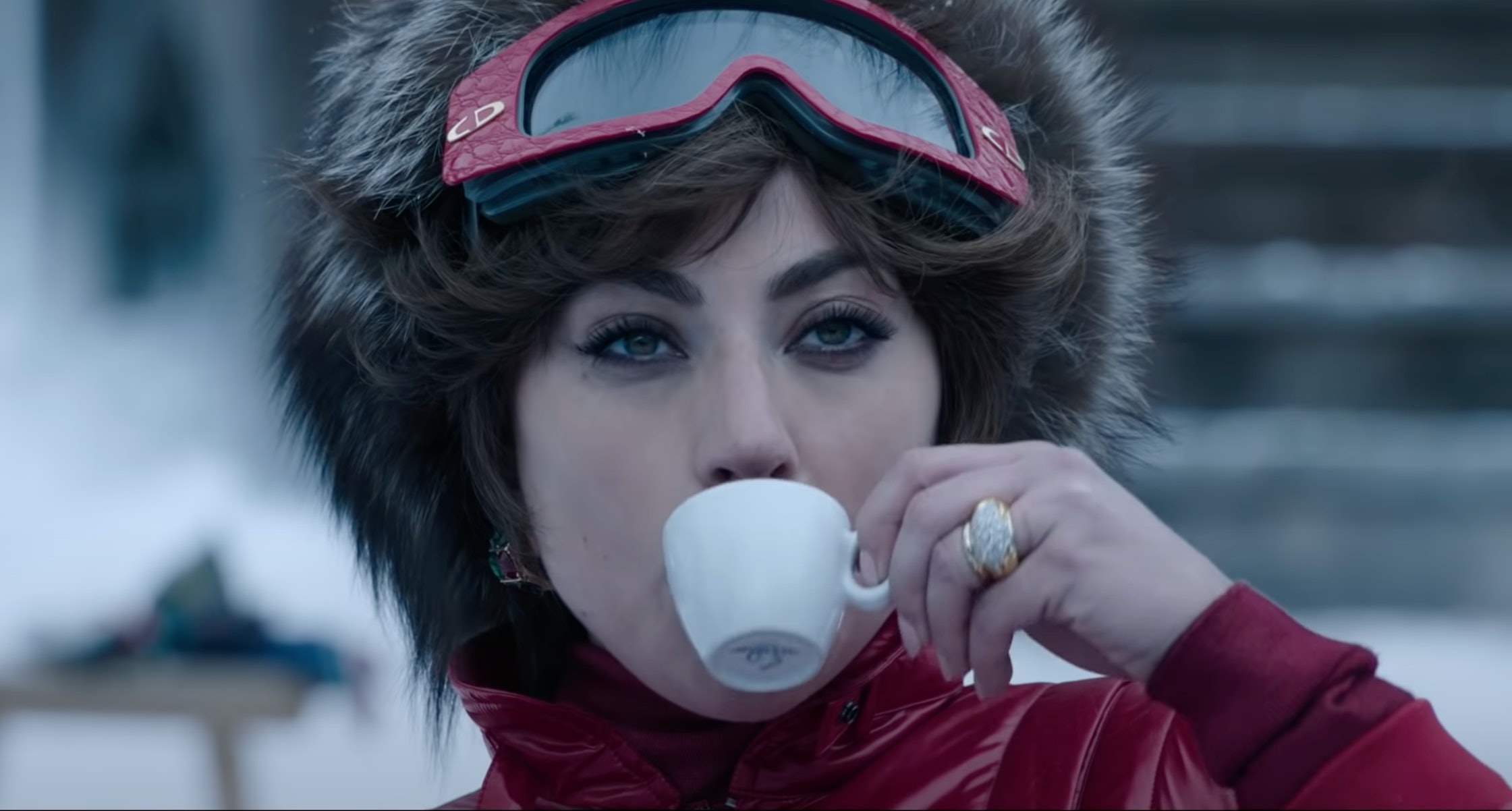 Just as Lady Gaga and Jared Leto promised in tweets reading simply “stasera,” the first trailer for the wildly anticipated Ridley Scott film House of Gucci dropped late Thursday night. The expectations were set high just a matter of hours earlier when five official posters of those portraying the real-life saga of the family behind the fashion empire dropped on to the internet. And while we’ve seen him transform practically countless times before, Leto’s latest physical reinvention made it hard not to do a double-take. As for Gaga, well, she simply looked stunning.

The posters were a moment, even if they didn’t exactly show anything new; the paparazzi were at the tippy top of their game when production was underway in Italy. They did not, however, capture one crucial thing, which immediately defines the trailer: the almost absurdly heavy Italian accents. That starts just four seconds in, with a voiceover from Gaga in her role of Patrizia Regianni, the one plotting the murder of her own husband, Adam Driver’s Maurizio Gucci. “It was a name that sounded so sweet, so seductive,” she says with a thick Italian accent, as the trailer cuts to a first glimpse at the characters of Karl Lagerfeld and Grace Jones. “Synonymous with worth, style, power. But then it was a curse too.”

It may seem like Gaga is laying it on a little too thick, but as an old interview with the real-life Regianni proved when it resurfaced on Twitter, she’s pretty much dead-on. As for Leto, well, it’s unclear if the real-life Paolo Gucci, cousin of Maurizio and former Gucci design chief, would have been so dramatic in his pronunciation of the word “chic.” (Not so chic: the piece of tissue plugging his nose.)

In the end, though, it was all about Gaga, not Leto. As always, signora Stefani Germanotta understood the assignment; after, all as she’s reminded us many, many times, she’s “an Italian girl from New York.” Hear for yourself in the supercut below, alongside more of the best reactions to the trailer on Twitter. (Not including the many who celebrated her practically iconic delivery of the line “it’s time to take out the trash” by tweeting the sentence, sans context, on its own.)