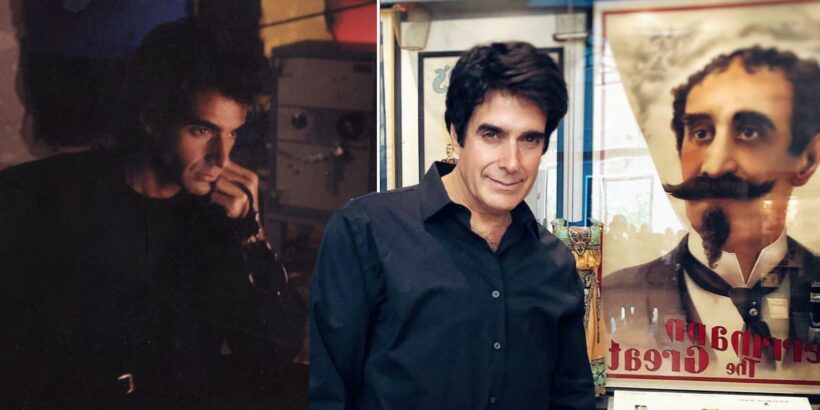 David Copperfield is held in the highest esteem for his incredible compilation of mesmerizing storytelling and insane illusions. His performances are always grand, seat-gripping, and jaw-dropping. Forbes reports that there is simply no other magician that does it quite like Copperfield does. He’s been entertaining the masses for decades, and each time he appears on the stage, fans know they’re in for a thrilling experience. Aside from being entertaining and offering a mind-blowing entertainment session that fans won’t soon forget, David Copperfield also happens to be the most commercially successful magician of our time. His net worth sits at a jaw-dropping $1 billion… and counting.

Everything about David Copperfield is insanely magical. His illusions are truly thrilling to observe and tantalize the senses of his fans that struggle to establish the secrets behind his sorcery. He’s best known for making the Statue of Liberty disappear in 1983 with millions of viewers there to testify about the success of his mission. He has also made a crowd of fans in the audience disappear, although that particular stunt did injure a guest at one point, which marred the performance. He somehow managed to walk through the Great Wall of China, and continues to mesmerize his fans with incredible feats of true magic.

Everything about what Copperfield does is big, bold, dangerous, and daring, and even though he has already invested well over 40 years into his craft, he shows absolutely no signs of slowing down.

Most fans associate Copperfield’s success to his live shows in theatres, but there’s far more to this illusionist than meets the eye. He has also dabbled in a variety of other forums that have kept his finances levitating far above the rest of the magicians in his industry.

David Copperfield engaged in a 13 year Las Vegas contract with the MGM Grand Hotel and Casino, where Forbes reports he would put on; “three shows a day seven days a week for 42 weeks each year.” As if that wasn’t enough, Copperfield also participated in a variety of television specials, and has embarked on a number of world tours that have generated millions of dollars.

He also happens to have a very impressive portfolio of real estate under his belt.

Every illusionist needs props to execute his skillful trickery but David Copperfield has taken the art of collecting magic memorabilia to a whole new level. He is said to own the largest collection of memorabilia in the world, and has well over 150,000 artificats in his collection.

Copperfield has collector’s items from Harry Houdini, Georges Melies and Jean Eugene Robert-Houdin.  He stores this incredible, historic collection in a massive 40,000 square foot warehouse not far from the Las Vegas Strip and is careful about who is allowed in to take a sneak peek. He generally only lets select media members and professional educators into this space. This collection of items is said to be worth well over half a billion dollars!

When David Copperfield is asked who inspired him to achieve this level of greatness, he indicates that he didn’t have conventional role models, but did have a lot of respect for stars like Gene Kelly and Fred Astaire. He also indicated that Frank Sinatra was a huge influence on his career. Cinematic influences helped him create the unique, storytelling formula that has become his signature method of delivering his entertaining illusions.

David Copperfield’s success can be largely credited for his innate ability to follow his passion.  He says he is never satisfied, and always tries to challenge himself to do better, and be stronger, so he can achieve a greater sense of entertainment value for his fans. He constantly finds ways to improve, and grow, and finds himself obsessing over the details to make every one of his illusions as perfectly executed as possible. He says he loves creating moments and experiences that people have never felt before, and strives for perfection each time he performs.

David Copperfield did not set out to be a business man, yet he happens to be an absolutely brilliant one, by default. He has found a way to mastermind his success by complimenting it with even more success in a different spectrum.

Copperfield owns his very own museum and shockingly, owns his own islands as well. He continues to snatch up exclusive prime real estate at every opportunity. Cultivating new projects and business streams is the way he passes the time, and admits that work is his hobby.

After having reached international fame and legendary status, it’s safe to say that David Copperfield has a lot of wisdom to bestow upon his fans.

To those aspiring for greatness and wishing to explore their talents to their fullest potential, David Copperfield says the essential elements to success are: following your passion, making sure you’re completely prepared, and persisting until you achieve your goals.

These tricks certainly worked for him, and according to David Copperfield, with enough tenacity and dedication, it could happen for you, too.

READ NEXT: Banksy Loses Trademarks To Two More Of His Iconic Works