National Association of Theater Owners CEO Jonathan Fithian on the need for stimulus in his industry and the news that Warner Bros. will release all 2021 films in theaters and HBO Max simultaneously.

Universal and DreamWorks’ “The Croods: A New Age” proved it has staying power taking the top spot at the box office once again in a shockingly mild post-Thanksgiving weekend.

Unfortunately, movies that release in theaters are still struggling as coronavirus restrictions cause major exhibitors to shutter their locations and studios continue to be reluctant to release new films until 2021.

However, that the animated sequel, featuring a voice cast that includes Nicolas Cage, Emma Stone and Ryan Reynolds, topped the box office with $4.4 million at 2205 North American theater locations, according to Variety. The film has been dominating the box office since its Nov. 25 debut with a total of $20.3 million in its first 12 days.

The earnings are a respectable showing, but still, the film's revenue is significantly subdued in the time of COVID-19. By contrast, the first “Croods” movie, which came out in 2013, earned $89 million during its first two weekends, according to Variety. “Frozen II,” which dropped this time last year, led with $35.2 million at 4,348 locations prior to the pandemic truly affecting people’s way of life. 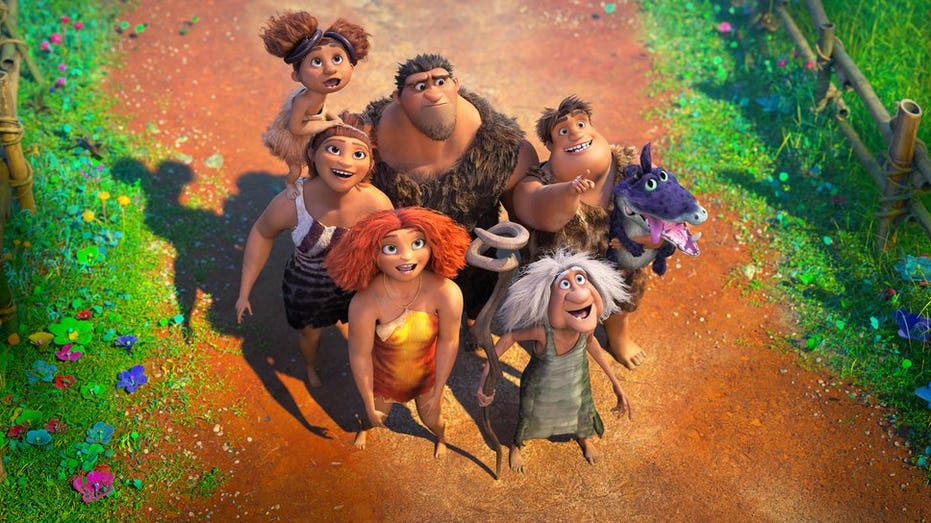 DreamWorks made an animated sequel to “The Croods” for Universal Pictures.  (DreamWorks Animation via AP)

Also in the running was Disney’s re-release of the 1988 classic action movie “Die Hard” starring Bruce Willis. The film comes out just in time for the holiday season to trigger the inevitable debate among fans about whether or not the movie, which is set on Dec. 24, should be considered a Christmas movie.

Odds are good that the box office will look similar to this for the rest of the month until Dec. 25 when theaters are finally graced with new blockbuster content such as “Wonder Woman: 1984,” “Promising Young Woman,” “News of the World” and “Monster Hunter.”

The heaviest hitter in the Dec. 25 release schedule was thought to be Warner Bros. sequel to the 2017 hit “Wonder Woman.” However, the studio announced in November that it would release the film in theaters on the same day it drops for free on the HBO Max streaming service.

Weeks later, Warner Bros. shocked the world when it announced that its entire 2021 lineup, including films like “Dune,” “The Matrix 4,” “The Suicide Squad,” “Tom & Jerry,” “The Conjuring: The Devil Make Me Do It,” “King Richard,” “Judas and the Black Messiah” and much more, will drop on HBO Max as well.