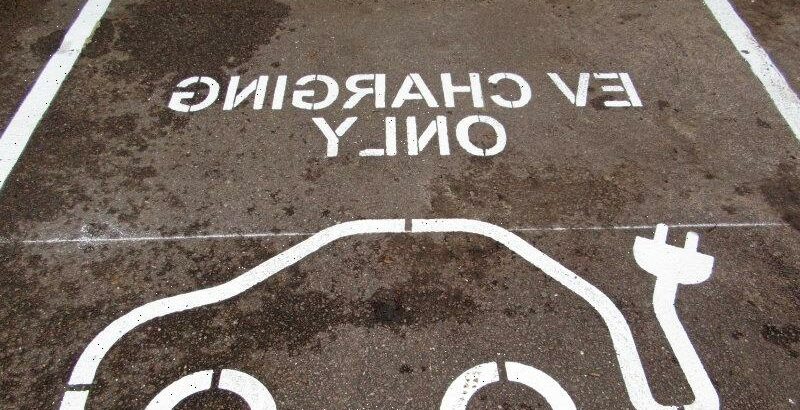 As the Glasgow summit draws to an end, Australia’s climate policies are under the microscope more than ever. One of the biggest challenges for governments is to decrease transport emissions, which are rising faster than those in any other sector. In Australia, the transport sector is the second-biggest source of greenhouse gas emissions, after the energy sector.

This week, electric vehicles (EVs) found themselves at the centre of a heated debate between Labor and the Coalition, as the two parties try to make inroads ahead of the official election campaign. 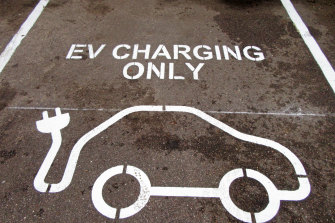 This week, EVs found themselves at the centre of a heated debate between Labor and the Coalition, as the two parties try to make inroads ahead of any official election campaign.Credit:Getty

The federal government also unveiled its $178 million strategy to increase electric vehicle charging infrastructure in a bid to cater for an anticipated 1.7 million EVs. Prime Minister Scott Morrison said the strategy was about decreasing the cost of low and zero-emissions vehicles and improving consumer choice, but for many, the announcement echoed Labor’s 2019 election promises. At the time Mr Morrison said Labor’s plan would “end the weekend”, claiming electric vehicles would not be able to tow boats, caravans or get people to their favourite camping spot.

Three years ago, Labor promised a target of 50 per cent of all new cars being electric by 2030 and said it would work with industry to lift car emissions standards in a bid to cut pollution and spur innovation. In comparison, the government released modelling the same year that showed 27 per cent of new cars sold in Australia by 2030 would be EVs, a considerably lower amount than what Labor promised.

Fast forward to this week, Mr Morrison was questioned about his choice of words three years ago. He said he didn’t have a problem with electric vehicles, rather he had an issue with “governments telling people what to do about what vehicles they should drive and where they can drive them, which is what Bill Shorten’s plan was.”

He added that technology had undergone “massive” changes in the past three years, which meant that Australians would have more choice when it came to buying EVs.

But Electric Vehicle Council chief executive Behyad Jafari said there hasn’t been any significant change to the EV industry in the past three years. There have been some small advancements, such as cheaper battery prices and greater availability of vehicles, but those were completely expected as the market developed.

“I’ve got no idea what they are talking about,” Mr Jafari said of Mr Morrison’s “massive changes”.

“As far as I am concerned, [this week’s] announcement is not an EV policy, this was one tiny element for a bit of funding. It’s not a policy nor does it embrace new technology.”

Mr Jafari added that state governments were currently doing more than their fair share of the EV transition, but their powers were limited, with issues like fuel-efficiency standards or short-term rebates outside their control.

For example, Victoria has set a sales target of 50 per cent of new vehicles to be zero emissions by 2030 and a controversial levy that would charge electric vehicle drivers between 2 and 2.5 cents for every kilometre they drive. Meanwhile, NSW has announced a strategy to increase sales to 53 per cent by 2030-31. Both states have introduced financial rebates of up to $3000 for electric vehicle purchases, while some jurisdictions waive stamp duty and registration fees.

Mr Morrison also argued that Labor intended to increase the price of fuel and “force people to switch over” to EVs in 2019.

“That’s not how we do things. We’re not a government that goes around trying to tell people what to do,” Mr Morrison told Sunrise on Wednesday.

However, Labor never said they’d legislate their 2019 election proposal, nor that they intended to increase the price of fuel. Shadow Minister for Climate Change Chris Bowen posted on social media to say that Mr Morrison was “desperately trying to justify his sledging of EVs”.

“Not even in the 2019 election campaign did the LNP claim Labor policy would put up petrol prices. But Morrison is dishonestly saying it now.”

Opposition leader Anthony Albanese said this week his party recognised global automotive makers were moving away from petrol vehicles and would act to stop Australia from becoming the dumping ground for old models as the rest of the world moved towards electric vehicles.

“Let’s not have people sucked into this nonsense argument about choice and mandates. It’s complete nonsense. The fact is … for people who are born today, they won’t have a choice of buying a petrol vehicle, because no one will be making them,” he said.

Earlier this year, Labor promised to cut import tariffs on EVs worth less than $77,565 and exempt them from fringe benefits tax in an effort to reduce retail prices. Climate Works sustainable economies expert Rupert Posner said EVs would not increase fuel costs, and the cost of running this type of car was cheaper than running an internal combustible vehicle.

Australia still lags behind the rest of the world

Domestic sales of electric cars have risen at record levels in the past six months amid state government incentives, but these figures come off a very low base. Car sales data released this year show that 4029 battery EVs were sold, with only 112 sold in 2010. In comparison, more than 824,000 cars (excluding EVs and hybrid cars) were sold this year.

Britain, Japan, France and Germany have pledged to ban sales of combustion engines between 2025 and 2030, while Norway leads the world in electric vehicle ownership, driven by a range of incentives such as waiving import tariffs and sales tax as well as registration fees. In 2020, it became the first country where EV sales outstripped petrol, diesel and hybrid vehicle sales combined.

Mr Posner said there was nothing stopping Australia from following in the footsteps of other countries if it implemented strong policies which supported the rapid transition to EVs as well as better emissions standards for car manufacturers.

“It’s important we transition vehicles to zero emissions but also that we recognise and encourage other modes of alternative transport, such as walking and cycling and public transport. Shifting to other forms of transport can reduce emissions immediately,” Mr Posner said.

Get weekday updates on the climate summit that will shape our future. Sign up to our COP26 newsletter here.