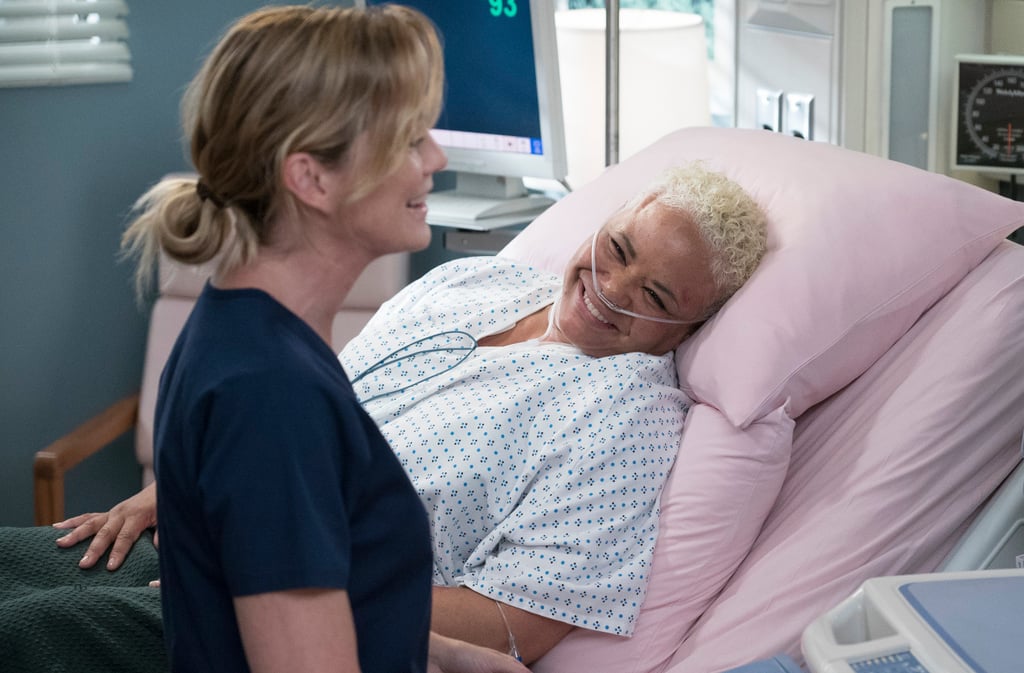 How are you feeling after that midseason premiere, Grey’s Anatomy family? If you’re anything like me, you’re entirely IN your emotions, considering so much happens. Not only does Team DeLuca gain a couple more fans after his and Meredith’s Italian rendezvous in the elevator, but we also delve further into the triangle of Owen, Amelia, and Teddy. And while the conclusion of the harrowing superstorm has a lot of ups and downs (I’m basically never getting on an elevator again), nothing is as devastating as the loss of Cece Colvin, the matchmaker.

Cece is introduced at the beginning of season 15 when she crashes her car after passing out behind the wheel, and it didn’t take long for her to become a fan favorite. It’s Cece who sets Meredith up on her blind dates and hands out advice to all the hospital personnel, including Maggie and Jackson. When Cece passes away due to a complication from her heart transplant, Meredith takes the time to say a sweet goodbye that shows just how strong their connection was. She tells Cece that she is happier than she’s been in a long time and that it’s all thanks to Cece. That whether or not she finds love again, she’s having fun and she’s doing so with Cece in mind.

Honestly, if anyone wasn’t in total shambles at that point, they’re a lot stronger than I’ll ever be. We may have ended the midseason premiere saying goodbye to Cece, but judging by the tweets we’ve rounded up from Grey’s Anatomy fans, it’s safe to say she’ll never leave our hearts.