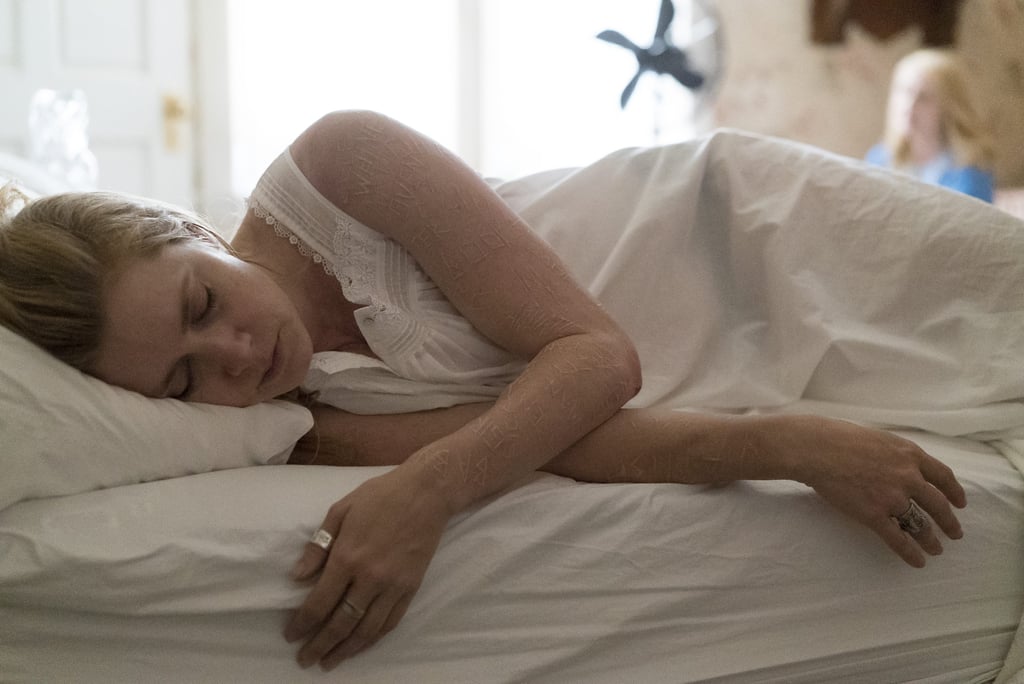 There are so many things I could spend hours praising about Sharp Objects — Amy Adams and Patricia Clarkson’s phenomenal acting; Gillian Flynn’s gritty, twisted story; the HBO drama’s realistic depiction of mental illness — but what we need to talk about right now is the unexpected sex scene between Camille Preaker (Adams) and John Keene (Taylor John Smith). Readers of Flynn’s novel were no doubt expecting the steamy moment, but for anyone who’s only been watching the TV adaptation, their intense motel hook-up probably felt like quite a shock.

Up until now, the sex scenes in the series have been between Camille and Detective Richard Willis (Chris Messina). They’re hot, to be sure, but it’s also clear that something was always missing between them. Although Camille has a genuine connection with Richard, it was also obvious she’d never be able to show him the vulnerable, f*cked up side of her, be it opening up emotionally to him or feeling comfortable enough to show him the words she carved into her skin. With John, however, she sensed a kindred broken spirit, someone who would look at her flaws and find them beautiful. Instead of rearing back in shock at Camille’s scars the way Richard later does, John embraces them; he literally reads her.

Camille finds herself getting physical with John, who she presumes is the lead suspect in the Wind Gap murder case, after a day spent drinking with him at a bar on the outskirts of town. She goes there under the guise of getting information out of him for her article, but since Camille is one of the worst reporters in TV history, it’s fair to surmise that a part of her knew something like hooking up with John — who is just barely 18-years-old, for the record — wasn’t out of the question. Self-sabotage is kind of her thing.

Not long after the drunken pair tumble into bed at the motel, Richard and Chief Vickery (Matt Craven) manage to track them down and arrive with a bunch of other cops in order to arrest John (Richard hasn’t filled Vickery in on his suspicions about Adora just yet, and they only have the blood in John’s room to go off of). They bust into the hotel and find Camille and John rushing to put their clothes on — there’s no question about what they were getting up to.

Richard is furious and hurt, and hurls a few insults at Camille. She desperately attempts to make up for her actions by apologizing over and over again and trying to unbutton his pants. That moment in particular is even more uncomfortable than her sex scene with John, but it highlights exactly how lost Camille has become both in the case and her own life.

Her editor, Curry, has put up with a hell of a lot from her thus far and truly cares about her well-being, but it’s difficult to see how he could brush off something as serious as her sleeping with the main suspect in the case that she’s supposed to be reporting on. The future of her career as a journalist is just one of many things up in the air right now — is Vickery’s obsession with putting John away as the killer misguided? Is Adora actually the one responsible? What is Richard’s next move going to be in all this?

With the finale airing next Sunday, luckily we won’t have to wait too long to find out. In the meantime, see what Sharp Objects fans are saying about the wild episode on Twitter ahead.