Just as dysfunctional off screen? The characters on The Marvelous Mrs. Maisel get into their fair share of crazy antics on screen, but it seems the cast can relate.

Us Weekly asked the stars to share their favorite behind-the-scenes facts and stories, and they did not hold back. Alex Borstein (Susie Myerson), for one, revealed Rachel Brosnahan’s (Midge Maisel) secret talent.

“Rachel can belch like no man I have ever met,” Borstein, 51, told Us. “She can burp on command, and they are fierce and far-reaching.” 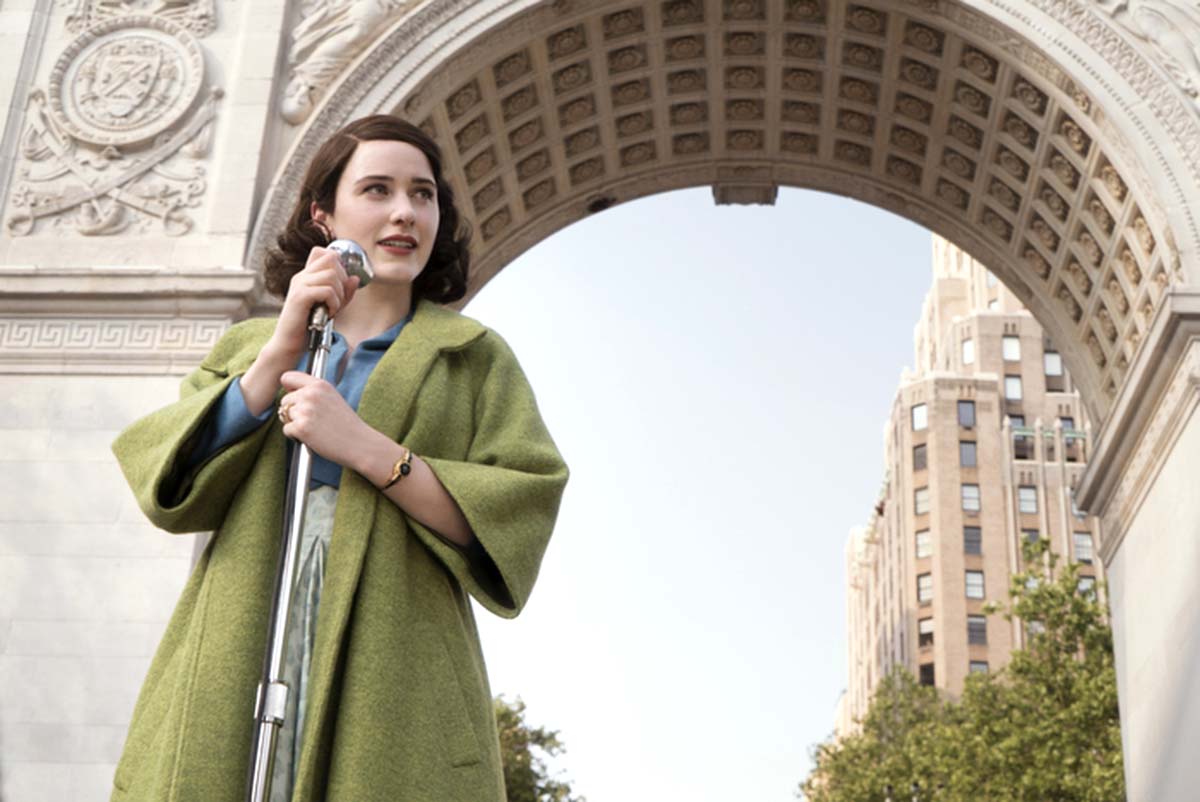 Michael Zegen (Joel Maisel), for his part, called Brosnahan, 31, an “amazing talent” who he has “complete trust” in. “When I read a script and I see that we’ve got a scene, it just brings so much excitement — especially those arguments that we get to do — ‘cause I know she’s gonna bring it and I’m gonna bring it and we’re gonna have the best time doing it,” the actor, 42, said.

Kevin Pollak (Moishe Maisel), meanwhile, praised the leading lady as a “powerhouse talent who’s a mother hen over the entire crew and cast.”

The kind words about Brosnahan just kept coming too. “So much is asked of her in playing this role and promoting this role,” Luke Kirby (Lenny Bruce) told Us. “It’s jaw-dropping how seamlessly she travels through that world. She’s just always there and incredible and bringing so much curiosity and energy to anything that we’re doing. It makes traveling to that make-believe all the easier just by virtue of her kind of lighting up.”

Marin Hinkle (Rose Weissman) even referred to the Emmy winner as her “hero.”

Actors Who Had Crushes on Their Costars

“I say this to all young women — and men too, if you’d like — but I say, ‘If you want a heroine to look up to, not just is she that person on this show, as Midge, but take it outside of what she’s doing in her work and see what she’s doing with her life,’” Hinkle, 55, elaborated. “She’s touching a million different places and all of them are filled with charitable, humanitarian gifts. She’s an inspiration.”

Borstein also detailed her interesting offscreen friendship with Zegen. “He was one of the first people that I socialized with outside of work,” she told Us. “He and I went to a Smashing Pumpkins concert together, which is so random, and he came out to Barcelona and we spent some time when I was living in Barcelona hanging out there.”

For more costar secrets, watch the video above.

Season 4 of The Marvelous Mrs. Maisel is now streaming on Amazon Prime.