It’s being labelled a ‘miracle spray’ by cleaning aficionados around the country, and now a very excited mother has shared her transformation photos.

Gazing down at caked on grease and grime on her cooktop, the woman from Victoria, Australia, decided to try the now viral five-ingredient mixture. 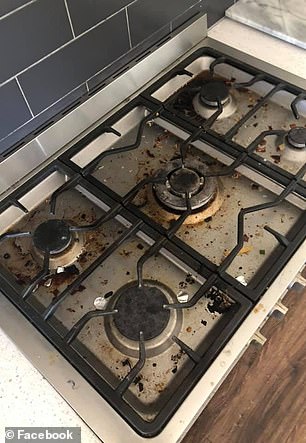 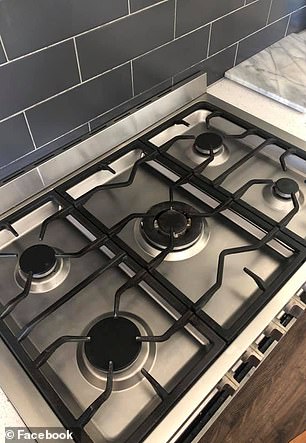 Gazing down at caked on grease and grime on her cooktop, the woman from Victoria, Australia, decided to try the now viral five-ingredient mixture

‘I’m embarrassed by how gross my cooktop actually was but just HATED scrubbing it clean, so I simply just didn’t do it.

‘It hardly took any effort or time at all to clean with the miracle solution and a microfibre cloth… amazing!’

Whether it be fogged up shower glass, caked-on stove top stains or blackened grout, the five-ingredient invention has become a go-to for plenty of homeowners. 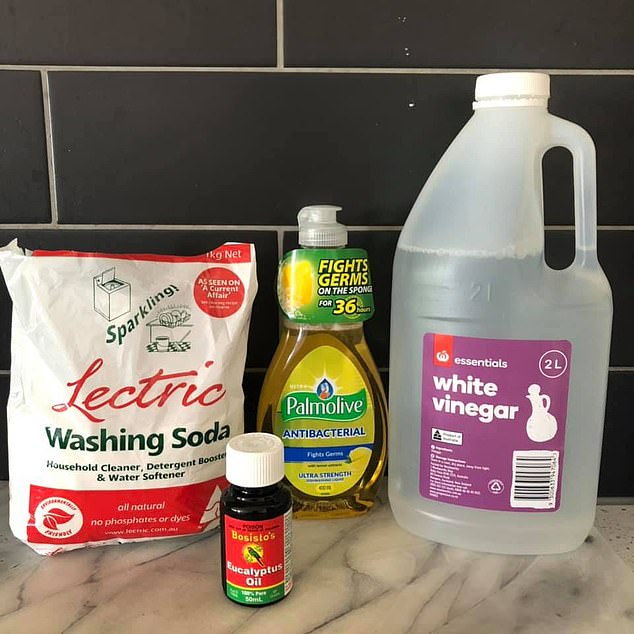 The spray, which can be made in the comfort of your own home, only requires five household ingredients

What do you need for the miracle spray?

‘Love this spray. It’s the only one I use,’ one person wrote online, adding that they use the mixture ‘everywhere’.

‘Brilliant for your stove top and even the bathroom,’ the person added.

‘Spray then let it sit for 10 minutes before wiping, and you don’t need to scrub anything.’

‘I found a spillage in my candle cupboard from essential oils… it’s obviously been there a while because it was extremely sticky and tacky,’ another said.

‘Gave it a spray and literally waited a minute and then just wiped it straight off.’

The spray can be made in the comfort of your own home and only requires five household ingredients.

Simply gather 1.5 litres of water (one cup of which should be boiling), 300ml of vinegar, 60ml dishwashing liquid, 25ml eucalyptus oil and three teaspoons of washing soda – which is also known as sodium carbonate. 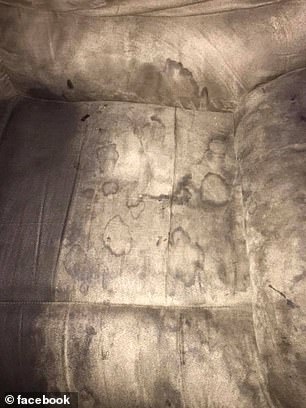 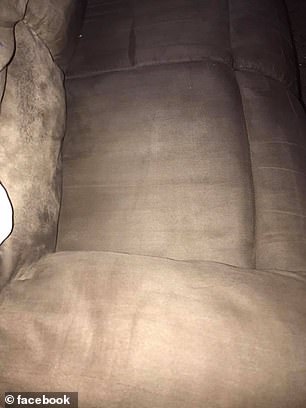 Then and now: One person used the ‘miracle spray’ to completely lift the stains in this couch 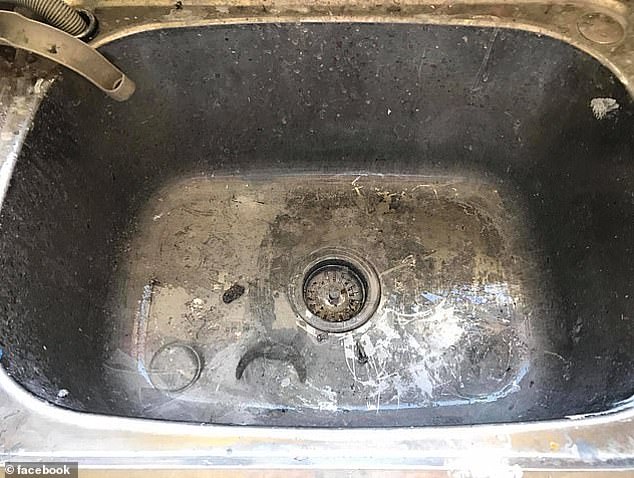 BEFORE: The filthy marks in this laundry sink had been created by leftover paint 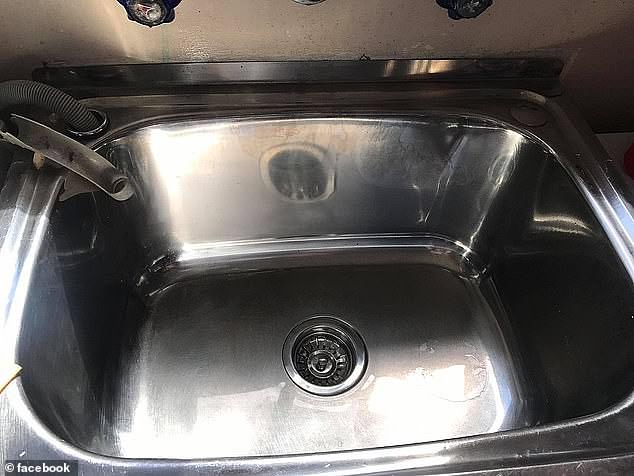 AFTER: With a few sprays of the ‘miracle’ product, and a bit of elbow grease, the paint stains were removed, and the sink was left sparkling

One of the best known brands in Australia is Lectric, which is made from all-natural ingredients, and is described on the brand’s website as being ‘a great alternative to cleaning products with harsh chemicals’.

Lectric is recommended by the creators of the so-called ‘miracle spray’, however for those eager to try the formula who are based outside of Australia, there are alternative options – just look for products that are made from 100 per cent sodium carbonate, or contain a high percentage, like Arm & Hammer Super Washing Soda.

Once you have your ingredients ready to go, simply mix the washing soda with about one cup of boiling water to dissolve.

Then add the remaining ingredients and pour it all into a two litre bottle – ideally one with a spray nozzle that will allow for easy application on a variety of surfaces.

All of the ingredients can be purchased for less than $15 from your local supermarket. 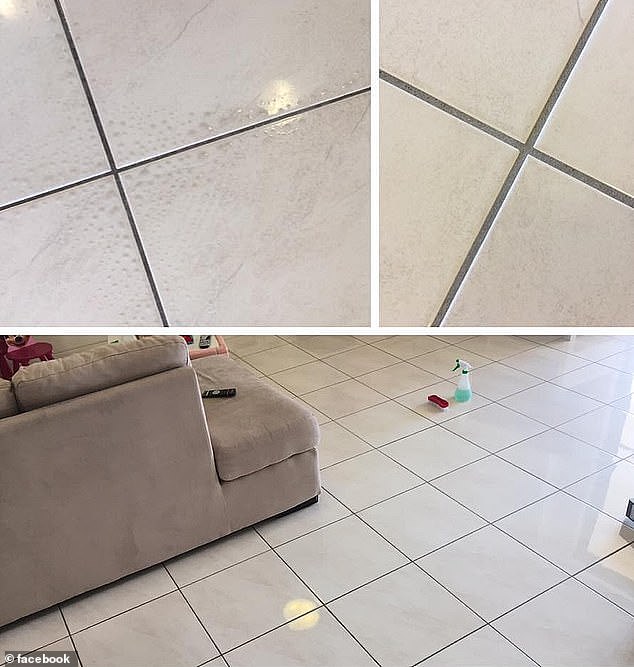 Miraculous! People are eagerly showing off the results of their at-home ‘miracle spray’ tests, including this person who put it to work on filthy floor tiles 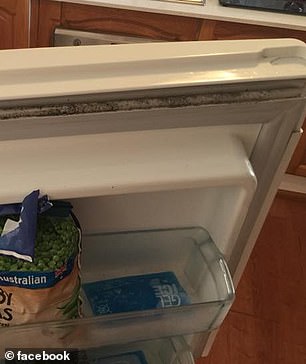 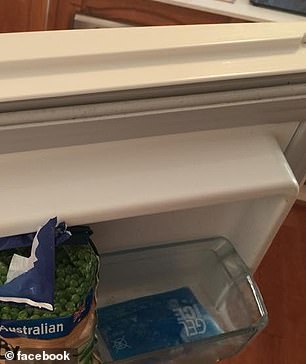 Like new: The spray is being heralded as a do-it-all miracle by those who have tried it out and found it works on everything from benchtops to refrigerators (seen left before and right after)