Grab your tissues, henny: Netflix officially dropped the Queer Eye Season 3 trailer on Monday, March 4, and the journeys ahead look equal parts emotional and, well, fab. For the third installment of the reality makeover series, the new Fab Five — AKA Antoni Porowski (Food & Wine), Bobby Berk (Interior Design), Jonathan Van Ness (Grooming), Karamo Brown (Culture), and Tan France (Fashion) — are bringing "their infectious brand of self-love, confidence and encouragement to a whole new roster of heroes" in Kansas City, per Netflix. And while all the show’s expected heart is clearly intact — there seems to be plenty of firsts coming this season as well.

"Jess came out when she was 16 years old," Brown explains to the guys about one new hero fans will meet in Queer Eye Season 3, which Netflix is premiering globally on March 15, 2019. Immediately, France comes to the realization: "This is our first lesbian."

True to form, Jess’ story is an emotional one, too. "I had pretty much given up on kind, genuine people," she explains in the trailer. "They expected me to be someone else: More black, less white; more gay, less gay. I feel like I don’t belong."

Cut to Van Ness. "Absolutely not," he says, with a snap accompanying each syllable, in the sneak peek, which also features Carly Rae Jepsen’s new song, “Now That I Found You.”

Jess’ storyline seems to fully encompass this season’s theme of encouraging viewers "to love yourself." In one particularly touching scene, Brown wipes tears from the young woman’s eyes, as he powerfully tells her, "You are a strong, Black, lesbian woman."

While it’s not entirely clear that it’s Jess speaking in the voiceover, fans can hear a woman say: "It took me my whole life to realize it’s beautiful and sexy to, like, care for yourself. I went from being this lost teenager to being a fierce queen." Let the choir say, yass! 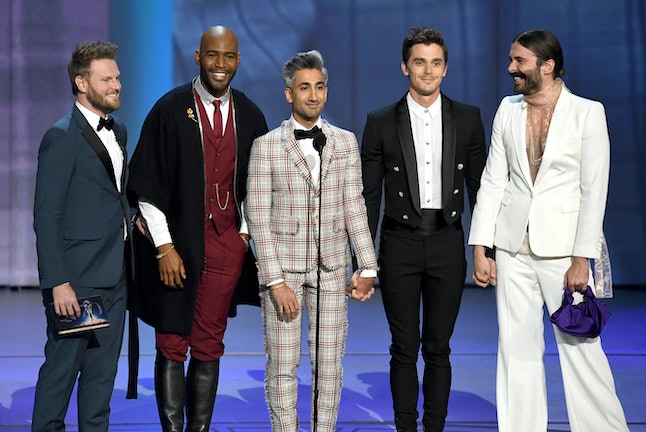 Also coming up in Season 3: The Fab 5’s "first duo" in the form of sisters Mary and Deborah Jones, who own the local Jones Bar-B-Q joint and just so happen to be two of Kansas City’s only female pitmasters. "I love a duo," France gushes in the trailer.

Aside from Jess and the Joneses, the trailer also highlights a woman who admits she "stopped caring" about herself after losing her 21-year-old little brother in a car accident, as well as a man who turned to alcohol to deal with difficult times.

And what would Queer Eye be without some inspirational pearls of wisdom? In the less-than-two-minute clip, the guys throw out several affirmations, such as, "Beauty is confidence" and "You’re worth it." 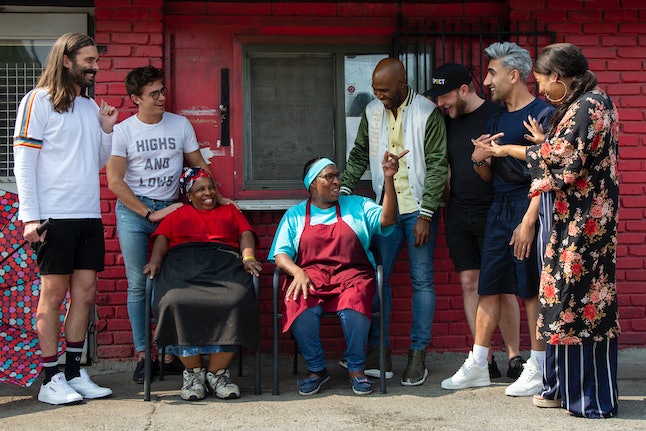 After filming the first two seasons in the state of Georgia, Queer Eye headed to Kansas City for Season 3. “It’s going to be such a good season,” Porowski promised Entertainment Tonight back in August. “Kansas City has been so, or they, like, welcomed us with open arms and it’s going to be a good one!”

Whether or not said celeb guest spot does indeed happen, it seems Queer Eye‘s third season will be a charm nonetheless.