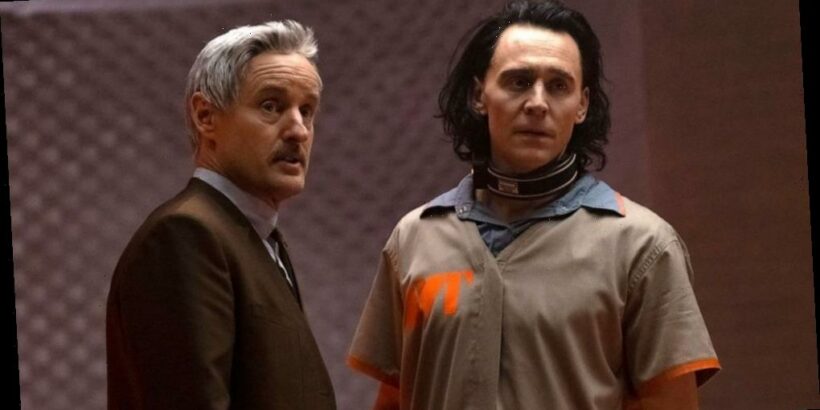 Although his character met his end literally at Thanos’ hand in the opening of “Avengers: Infinity War,” when the Avengers went back in time in Endgame, Loki managed to avoid that fate by stealing the time-traveling power of The Tesseract and warping off to points unknown.

However, he apparently couldn’t avoid capture by the Time Variance Authority, which polices the flow of time. It’s in their custody that agent Mobius M. Mobius, played by Owen Wilson, tasks Loki with going through time to clean up all the nasty branches in reality he’s created.

The trailer shows the series’ sharp dialog is perfectly in line with Hiddleston’s character. In one scene, he’s presented to a bureaucrat who pushes across his desk a massive ream of paper. “Please sign this to verify this is everything you’ve ever said,” he deadpans.

“This is absurd!” Loki responds, only to see his utterance transcribed by a dot-matrix printer and added to the stack by the paper pusher. “Sign this, too.”

'I'm done running from my past': New trailer released for 'Black Widow'

Loki eventually agrees to help Mobius, though the character always has his own best interests in mind.

“You can trust me,” he tells Wilson’s character. He replies, “Loki, I’ve studied almost every moment in your entire life. You’ve literally stabbed people in the back like 50 times!”

Disney is the parent company of ABC News and “Good Morning America.”