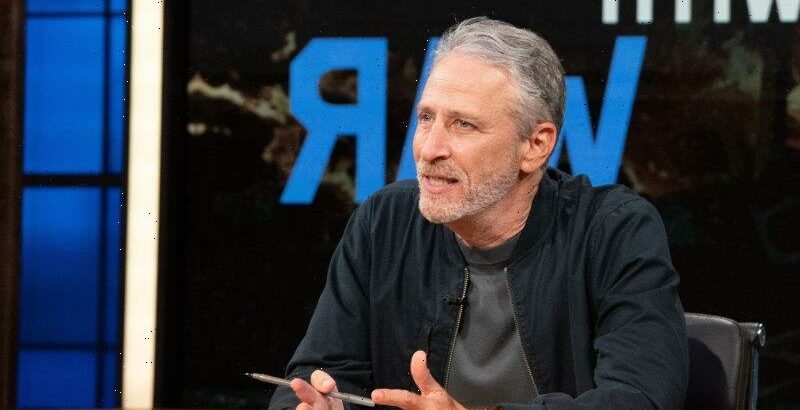 Last June, in an interview with The New York Times where he was asked if he regretted being absent from our TV screens during the pressing conversations around Donald Trump’s presidency, the Black Lives Matters protests, and the COVID pandemic, comedian Jon Stewart, former host of The Daily Show, was unequivocal.

“Action is conversation, and I’ve taken more action in the last four or five years than I ever have in my life,” Stewart, now 58, said. 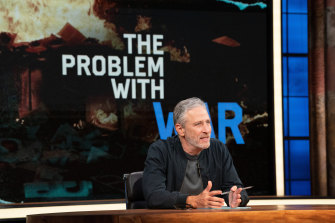 The Problem with Jon Stewart, the comedian’s first TV show since he left The Daily Show in 2015, is airing on Apple TV+.Credit:Apple TV+

It seems that even with 22 Emmys and five Peabodys to his name, a factory line of leading satirical acolytes including Stephen Colbert, John Oliver, Samantha Bee and Trevor Noah taking his baton, and the lingering opinion that his revered stint on The Daily Show, which he hosted from 1999 to 2015, was “more important than the news”, Stewart is somehow unconvinced of his legacy.

Entertainers – particularly comedians, whose prevailing goal is always, foremost, to crack funnies – have long hand-wrung over what value they offer in times of crisis, an unnecessary self-flagellating twitch that always makes me recall Dave Chappelle’s quip about skipping a fundraiser for clean drinking water in Flint, Michigan to hobnob at the Oscars instead. (“What am I, a f—ing superhero! I didn’t f— up that water!” he joked in 2017’s The Age of Spin).

With Stewart, such humility is understandable. His stint on The Daily Show was renowned for speaking truth to power – for “its bracing media criticism, gleeful outing of mendacity and unflagging mockery of the dumb and asinine in American life,” as the Peabodys put it in 2000, and for Stewart’s “last-sane-man-in-Crazytown quality,” as the New York Times surmised. And yet, after all that, America still ended up with a Trump presidency and a coup attempt.

Meanwhile, unlike the unquantifiable value of a killer jab about, say, Dick Cheney’s quail-hunting skills, within four years of leaving The Daily Show, Stewart’s advocacy on behalf of 9/11 first-responders resulted in the September 11th Victim Compensation Fund Act, which secured billions of dollars in ongoing healthcare for first-responders who fell ill after working at the sites of the attacks at the World Trade Centre and the Pentagon. 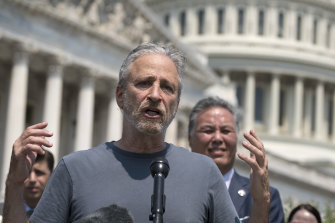 Jon Stewart with House Veterans Affairs Committee Chair Mark Takano, D-Calif., right, at the Capitol in Washington in May 2021.Credit:AP

All this explains the unexpected tone of The Problem with Jon Stewart, the comedian’s TV comeback on Apple TV+ (or “wherever you pirate Ted Lasso,” as he jokes of his new streaming home).

With Stewart’s familiar, if ever grizzled, presence behind a wooden desk, it’s The Daily Show but it’s not. Unlike his previous work, the series – which premiered on September 30, and releases a new episode each fortnight – finds the comedian looking beyond the daily headlines and tackling a single topic each episode in the vein of his former Daily Show recruits John Oliver (Last Week Tonight) and Hasan Minhaj (Patriot Act).

Its goal is not so much the cultural lampooning that fuelled The Daily Show, but an opportunity for Stewart to use his outsized influence and reputation to amplify under-reported causes and platform “people better than you, who are doing remarkable things,” as he told The New York Times. 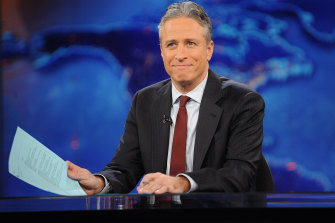 Jon Stewart on The Daily Show in 2011.Credit:AP

The series’ first episode, titled ‘War’, finds Stewart, unshaven and casually clad in jeans and a bomber jacket, highlighting the US military’s use of waste disposal “burn pits” and its ill-effects on soldiers’ health. It features interviews with soldiers dying from cancer, their widows, and others who’ve been pressing the US’ Department of Veterans Affairs to launch a compensation fund to assist those affected.

If that sounds particularly unfunny, you’d be right – and Stewart acknowledges as much in self-deprecating jabs at the show’s lofty goals. He ends the episode with a quip to his writers’ room (who feature prominently, perhaps in a nod to one of The Daily Show’s biggest controversies), imagining the roasting he’ll cop from his comedy friends once they see the show. “I’m already cringing,” he says. “I’m gonna go to the Comedy Cellar table and they’re all gonna go, ‘Ooh look, Mother Teresa just came in!’ It’s gonna be a f—ing nightmare.” 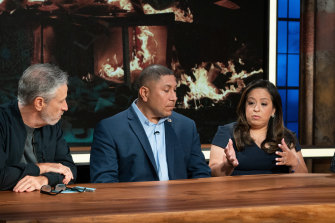 The series’ second episode, which premieres on Friday, seems to settle on a clearer balance between Stewart’s aims and the desires of his audience. Tackling the issue of “freedom”, it opens with a classic Daily Show-esque tirade skewering anti-vaxxers and anti-maskers who decry the way public safety measures impinge on their personal right to, I dunno, sneeze on babies? There’s even a game of “What’s more Hitler?” which mocks the extent to which the right’s “free-thinkers” equate any COVID safety policy to “Nazism”.

Sure, the latter approach might be preaching to the choir, and tapping right into Stewart’s lingering concerns about whether The Daily Show’s sickest burns had any real-world, positive effect. But in this age, with the ever-increasing amount of misinformation masquerading as enlightened truth, surely spotlighting bullsh-t and roundly eviscerating it with cunning humour is its own noble calling?

Whatever his own reservations about it all – whether political satire can effect change, whether he’s more useful away from TV than on it – for viewers, this new opportunity to see Stewart in all his guises (sardonic truth-teller, compassionate advocate, masterful interviewer, and playful goofball sniggering at the continued absurdity of it all) is a welcome moment of zen.