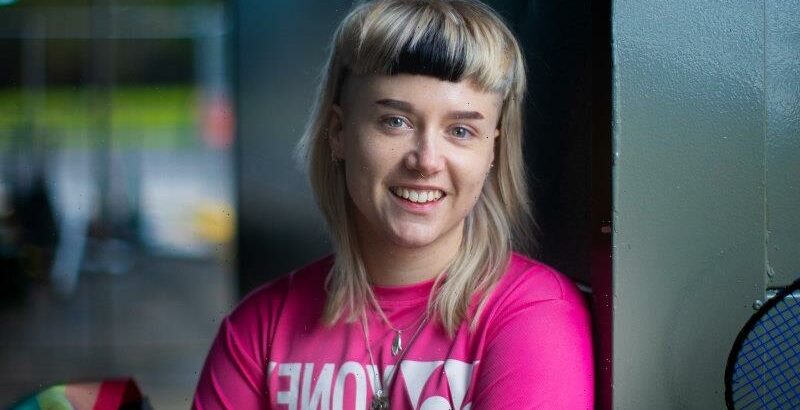 In mid-2021, when writer-presenter Rudy Jean Rigg and his co-writer and director, Hannah McElhinney, started working on the TikTok documentary series, TransAthletica, which explores the barriers trans athletes face in sports, they knew their subject was timely. But they could never have predicted exactly how timely it would become by the time they started shooting in April this year.

That put them slap-bang in the middle of an election campaign in which former prime minister Scott Morrison deliberately tried to make trans athletes in women’s sport a wedge issue through his support of Liberal candidate Katherine Deves, and his refusal to denounce her anti-trans statements. 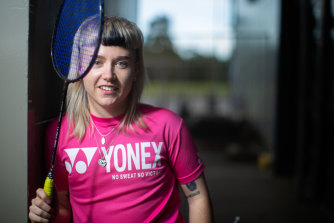 “Obviously, trans participation in sport was an issue [in 2021], these things existed back then,” says Rigg. “But the week before shooting felt like the absolute peak of the discussion in the cultural landscape. It was quite unbelievable the timing we fell into.”

Rigg and McElhinney have established quite a following on TikTok through their Rainbow History Class, a series of short videos that tell stories about the hidden history of queer culture. TransAthletica, which has received funding from Screen Australia, is their chance to step that exercise up into something more like a traditional documentary format – albeit one carved into 15 one-minute segments.

It’s all very contemporary, but how on earth can you tackle a subject as complex as this in such short bites?

“It is hard to address anything in one minute, and from our experience with Rainbow History Class, you can’t expect to go through A to Z, it’s impossible,” says Rigg.

But making such tight content accessible and informative, while also enticing viewers to keep coming back for more, involves a lot of craft, he insists.

“I love TikTok, or any sort of media that’s very short, because it’s a challenge. And doing what is otherwise a very traditional medium – a documentary series – on TikTok was just the dream challenge.”

Rigg has more than an academic interest in the subject. Assigned female at birth but aware from the age of about 11 that “female” was not how he felt, Rigg struggled to reconcile the discomfort he experienced around his gender identity with his competing in badminton as a state-level female player.

Rigg and his sister were the third generation of the family to play the sport competitively, and he dreamed of competing at the Olympics. But by the age of 16, things had reached crisis point.

“I realised I was not cisgender … but I felt that if I came out as trans, if I asserted my identity, I wouldn’t have a place in the sport. So I didn’t come out.”

Rigg was 22 before he finally took that step, and in 2020 had gender-affirming top surgery (though he uses the pronouns he/him, Rigg identifies as a trans masculine non-binary person).

But for the final few years of badminton, he says he was “unhappy with myself, I couldn’t perform as well as I wanted to, because I just had so many things that I needed to deal with”.

TransAthletica uses Rigg’s story as a way into broader issues. Is hormone testing the best mechanism for determining who can play, and in which category? Isn’t the notion of an “unfair” physical advantage at the very heart of elite sports anyway – don’t Usain Bolt’s long legs, or Ian Thorpe’s massive feet, confer a massive advantage, for instance? Do cis women really need protecting from a supposed flood of trans women into sport?

And given that there have been only two trans women competitors out of 71,000 Olympians to date, as one expert says, is this whole thing even that big an issue – or is it, perhaps, being used as a distraction from more serious issues around women’s sports, such as underfunding, lack of media coverage and sexual abuse? 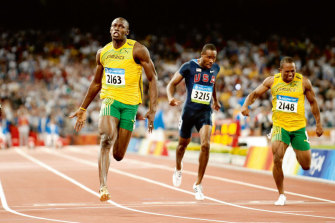 Usain Bolt in action: When do the physical attributes of an athlete confer a fair advantage, and when is it unfair?Credit:Vince Caligiuri

In its short episodes and across a range of (even shorter) supporting content, TransAthletica calls on the expertise of endocrinologist Ada Cheung, sports scientist and former Olympian Madeleine Pape, non-binary AFLW player Tori Groves-Little and others to tackle a subject that can be daunting for even well-intentioned would-be “allies”. But anyone hoping it might offer a one-size-fits-all solution will come away disappointed.

“I’m not about to sit down and suggest anything, really, because I’m not an expert,” says Rigg. “All I’m able to do is platform the specialists, and we’ve got some fabulous, very informed people.

“I think the bottom line is we need to ask, ‘how can we be more inclusive?‘, not ‘how do we split up people, how do we exclude people?’. And the thing with inclusivity is it’s something that you have to do consciously, and you have to do it with a high level of thought and empathy.

“That’s the mindset that we want to have,” he says.