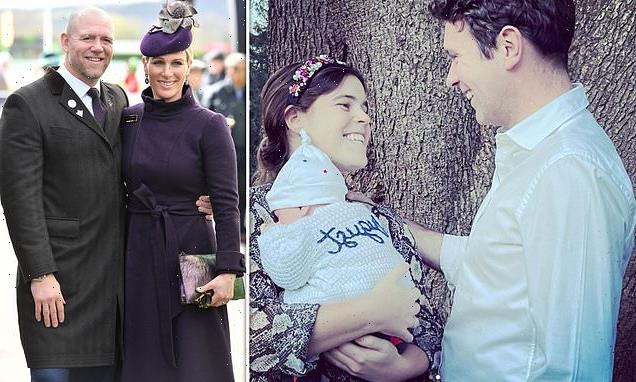 The two great-grandchildren Prince Philip never got to meet: Princess Eugenie and Zara Tindall both gave birth to sons who they named after the Duke of Edinburgh in the last two months

Prince Philip’s granddaughters Princess Eugenie and Zara Tindall both paid tribute to their beloved grandfather by naming their newborn sons after him.

But in a tragic turn of events, the Duke of Edinburgh never had the chance to meet the two great-grandsons who were named in his honour.

Due to lockdown restrictions, it is thought that Eugenie and Zara never had the opportunity to introduce their newborn sons to their grandfather before his death yesterday morning at the age of 99. 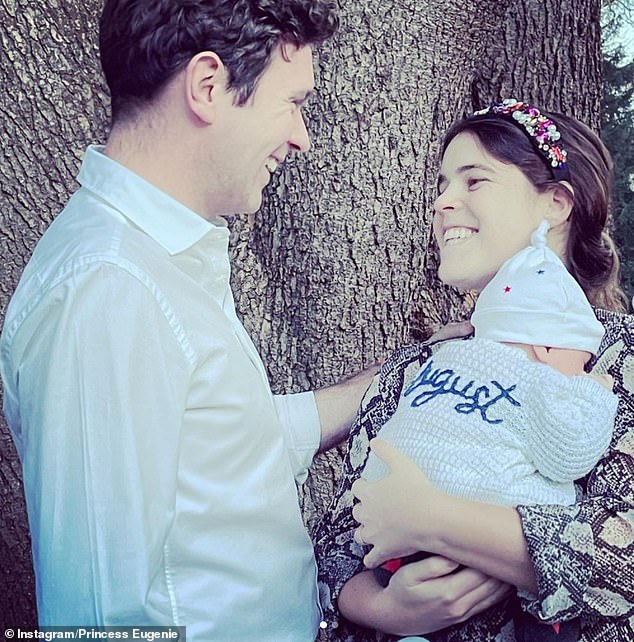 Prince Philip’s granddaughters Princess Eugenie and Zara Tindall both paid tribute to their beloved grandfather by naming their newborn sons after him. Princess Eugenie and husband Jack Brooksbank, who married in October 2018, named their first child, a son born in February, August Philip Hawke Brooksbank. Pictured, the couple with their son in an Instagram snap 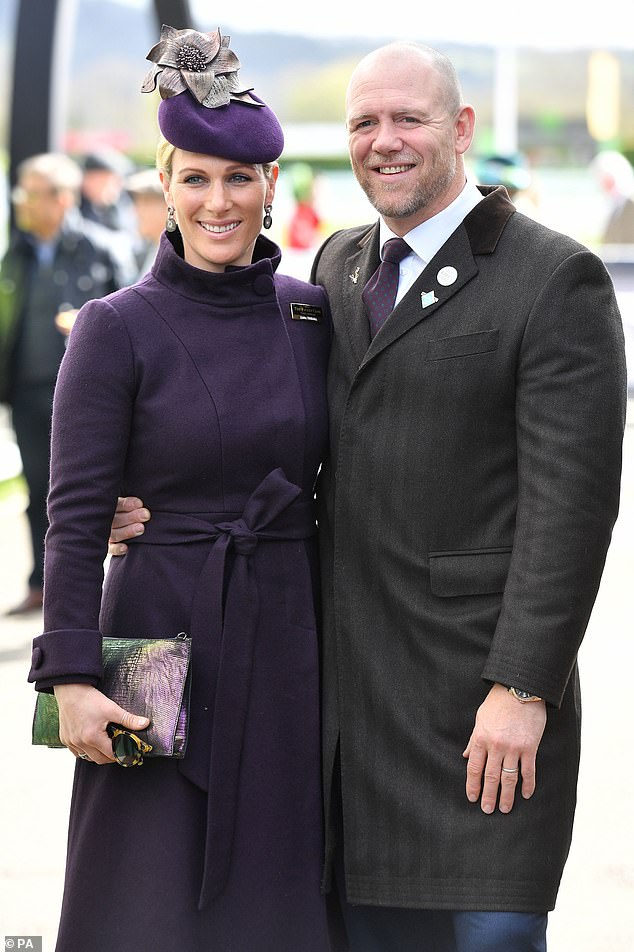 A month later her cousin Zara Tindall and her husband Mike welcomed a boy, Lucas Philip Tindall. Pictured, the couple. They have not yet shared a photo of their son

Looked up to as the patriarch of his family, Prince Philip became a mentor for younger royals who continued to turn to him over the years.

Eugenie once described him as the rock of the family.

Speaking in the 2016 ITV documentary Our Queen at Ninety, Princess Eugenie said of Philip: ‘I think Grandpa is incredible. He really is strong and consistent. He’s been there for all these years, and I think he’s the rock, you know, for all of us.’

The Duke of Edinburgh showed his dedication to his granddaughters in turn by making rare public appearances to attend Eugenie and Beatrice’s weddings. 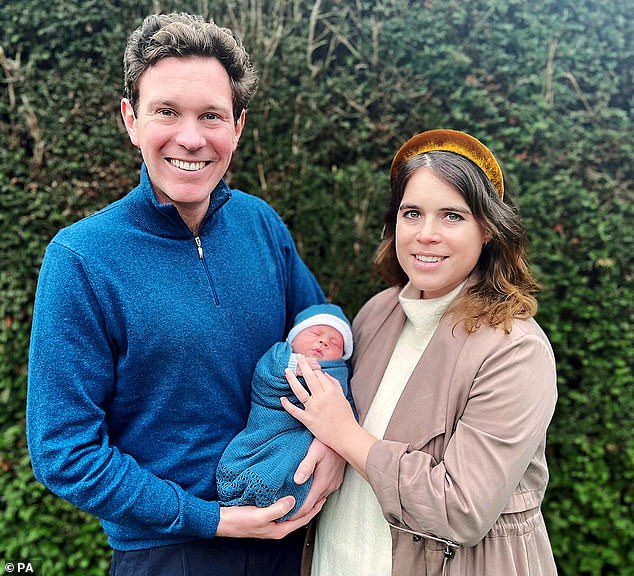 It is no doubt a source of huge sadness to new mother Princess Eugenie that Philip didn’t get to meet her newborn son, after describing her grandfather as the family’s rock. Princess Eugenie and Jack Brooksbank are pictured earlier this month with August Philip Hawke Brooksbank

The Queen announced her husband’s death at midday as the Union Flag was lowered to half-mast outside Buckingham Palace.

The Royal Family said in a statement: ‘It is with deep sorrow that Her Majesty The Queen announces the death of her beloved husband, His Royal Highness The Prince Philip, Duke of Edinburgh.

‘His Royal Highness passed away peacefully this morning at Windsor Castle. Further announcements will made in due course. The Royal Family join with people around the world in mourning his loss’.

His funeral will be a small family service at St George’s Chapel in the grounds of Windsor Castle before the duke is buried in Frogmore Gardens, where Queen Victoria and Prince Albert were laid to rest. 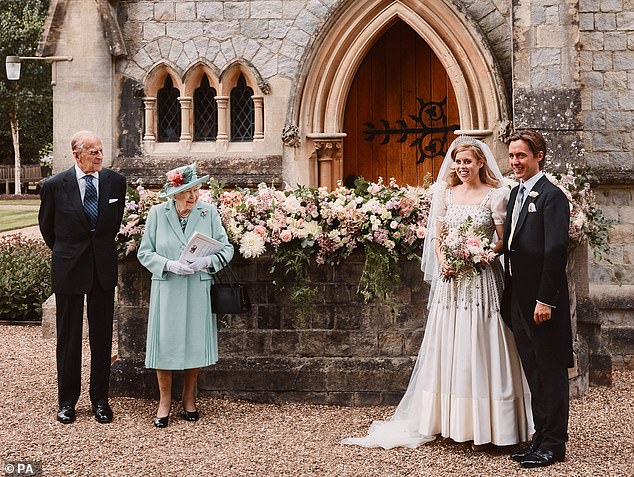 Princess Beatrice and Edoardo Mapelli Mozzi leave The Royal Chapel of All Saints at Royal Lodge, Windsor, after their wedding in July 2020, with the Queen and the Duke of Edinburgh also pictured – in a rare outing for Philip

More details will emerge in the next few days, with the plan nicknamed ‘Operation Forth Bridge’, but the public have already been urged to stay away to avoid spreading Covid-19 and watch it on TV at home instead.

A state funeral including a flotilla of boats on the Thames to mark her husband’s life looks impossible due to covid restrictions, but the Duke was said to have disliked the idea because he ‘didn’t want the fuss’.

The plans for the funeral were posted online by the government – before swiftly being taken down again. They appeared to confirm claims from sources.