You can’t buy taste from a catalogue! From ’80s perms to garish homeware, the cringeworthy vintage Argos photos that REALLY didn’t age well

Argos celebrates its 45th birthday this year and its status as an iconic British retailer has only been cemented by its famous catalogues.

But while a flick through its pages in 2018 means browsing phones, games consoles, smart technology and hi-tech toys, in the past its retail offering looked rather different.

From hooded 1970s hairdryers and his-and-hers matching outfits, and a dressing that doubled up as a bedspread, these hilarious vintage product listings from yesteryear show just how much Britain’s tastes and trends have changed over the years.

A spokesperson for Argos said: ‘Since it first launched in 1973, the Argos catalogue has been a social barometer of the nation’s changing tastes, habits and interests.

‘A delve into our archive is a fascinating experience, revealing how technology, home décor, fashion trends and leisure pursuits have evolved over the years. In some cases, the findings were laugh-out-loud hilarious.’

Here, we reveal the funniest images from the Argos catalogue archive. 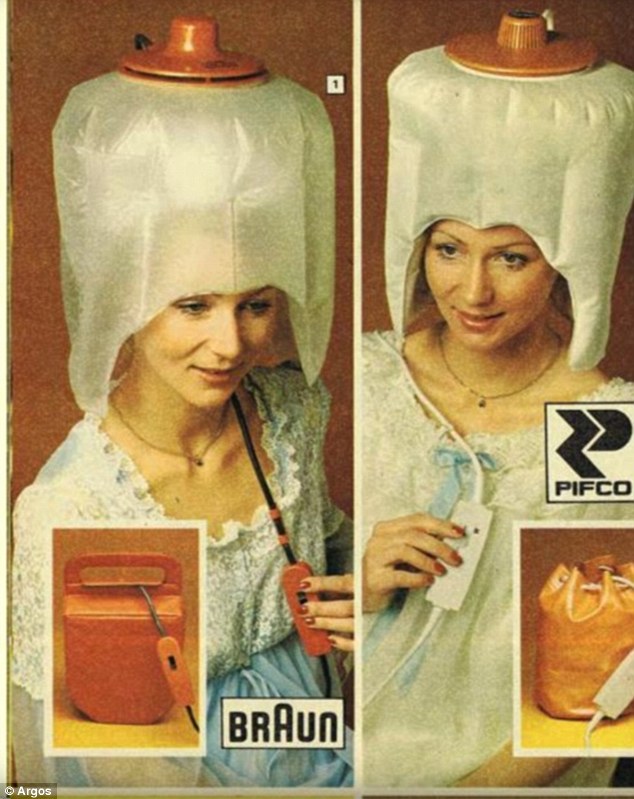 Hair on the go: It’s not uncommon to see ladies with their hair half-done walking down the street, but these portable hooded hairdryers from 1975 are something else entirely 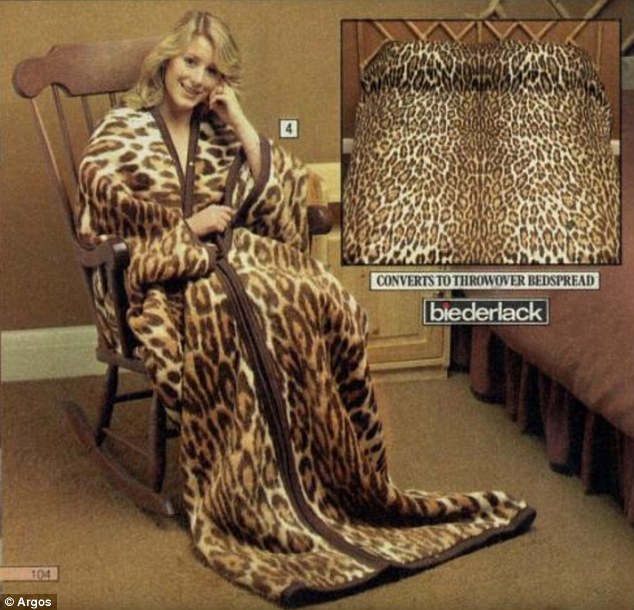 Multi-purpose bedding: For true 2-in-1 functionality, look no further than the Jaguar Snug Sack from 1982, which could either be worn as a comfy gown or converted into a bedspread 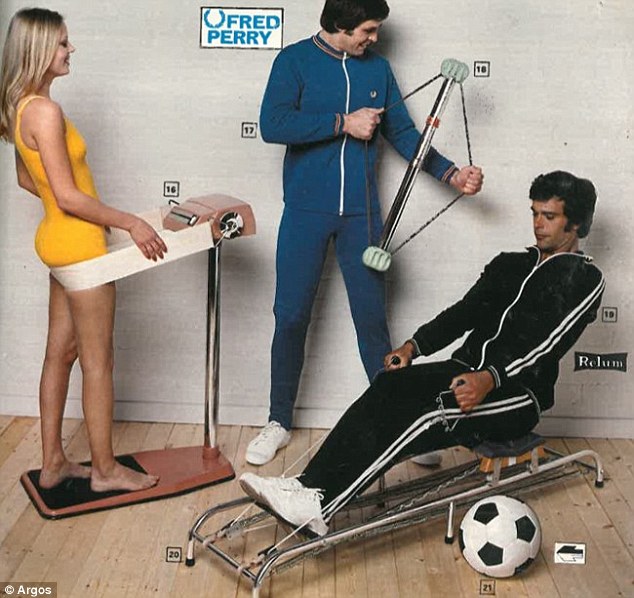 Fitness fads: From 1975…on the left you have the Automasseur Electrical Massage Machine with slip resistant foot mat – a steal at £15.95. In the centre you have the Bullworker, and to the right a Sculling Exerciser – could it make a comeback in 2019? 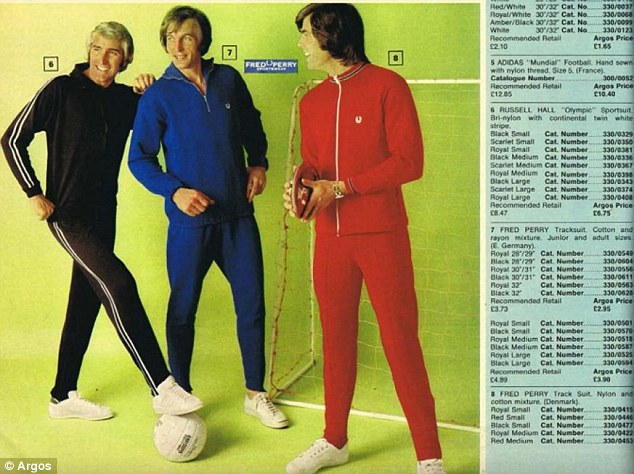 Men’s athleisure, 1970s style: Back in 1973, you could get your hands on one of these beauties for under a tenner – bargain! 70s hairstyles not included 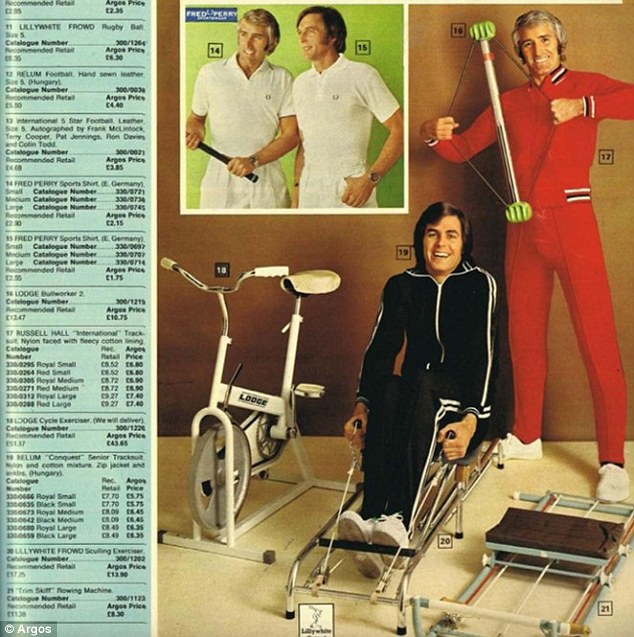 Another page from the men’s athleisure section featuring matching tracksuits and cheesy grins. Argos celebrates its 45th birthday this year and its status as an iconic British retailer 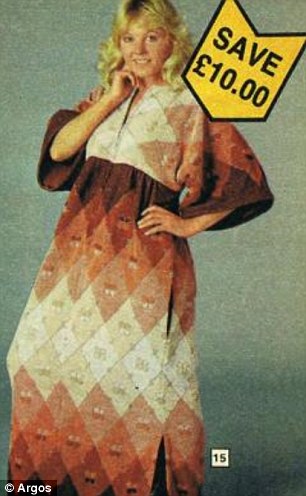 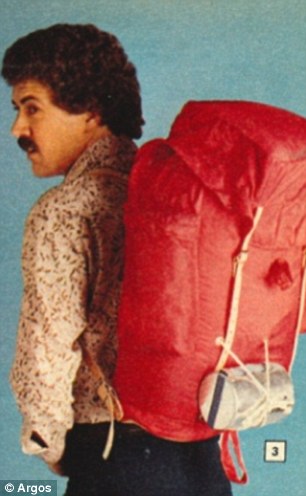 Is it a blanket or a dress? The Luxury Princess Towelling Lounger, available in the 1978 catalogue for £19.95, came with wide sleeves and a zipper (left) 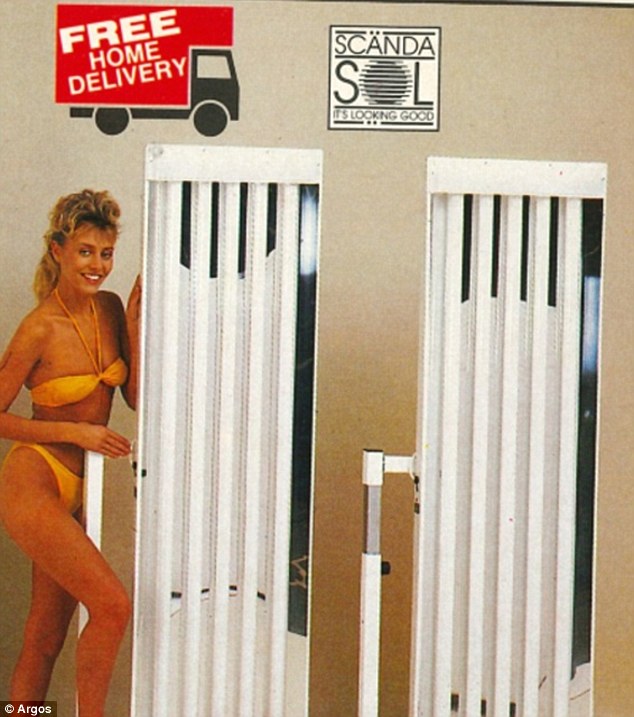 In the early years, the men and women of the Argos catalogue weren’t afraid to get their kit off to flog bathroom essentials, solariums (pictured) and shower screens 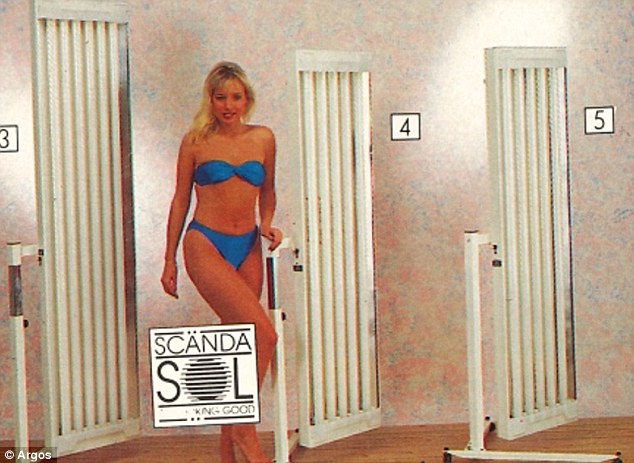 DIY tan: This Argos model strips off in the name of beauty as she advertises a solarium. In the past there were some bizarre products on offer in the Argos catalogues 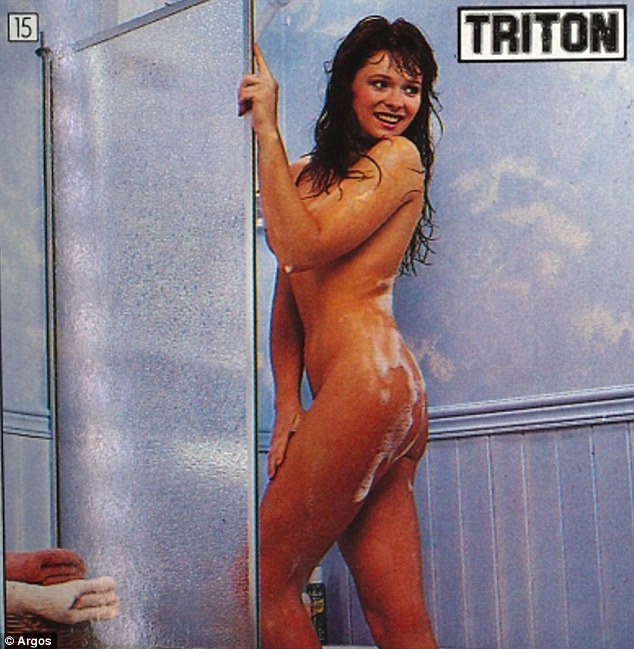 A shower advert in this vintage Argos ad was the perfect excuse for this model to strip off. An Argos spokesperson said: ‘Who wouldn’t want a jaguar snug sack that doubles up as a convenient bedspread throw? Or carpet tiles in various shades of brown and beige?’ 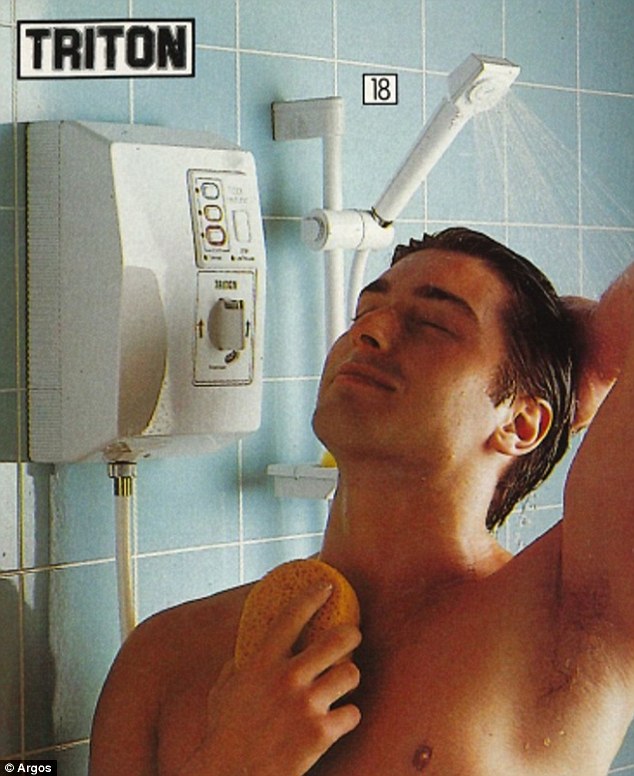 A man strips off for an Argos shower advert. Argos catalogues from the past show just how much our tastes and trends have changed over the years

A model advertises a nifty beauty gadget in a vintage Argos catalogue. ‘Since it first launched in 1973, the Argos catalogue has been a social barometer of the nation’s changing tastes, habits and interests,’ said an Argos spokesperson 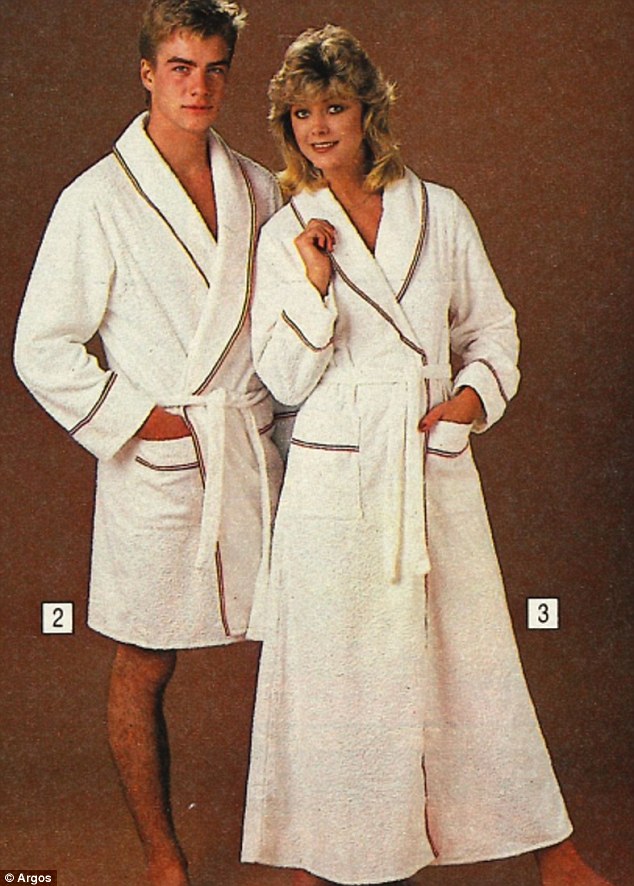 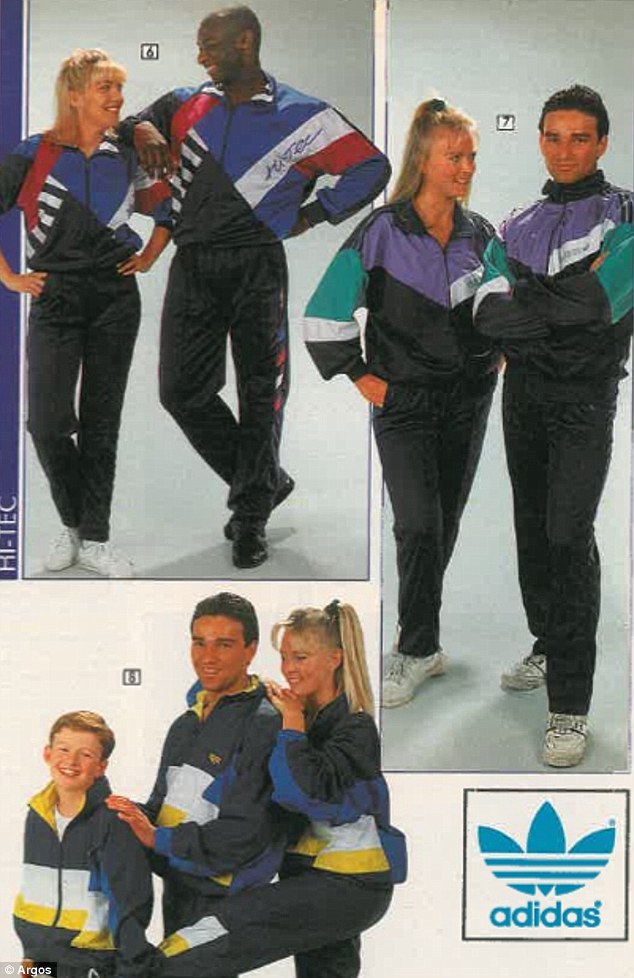 Matching sportswear from all the family from brands including Adidas as seen in this Argos ad. The chain store has released the vintage photos to celebrate its 45th anniversary in 2018

Headphone hair: Throughout the 80s, the essential accessory for your portable cassette player was a backcombed barnet held up with lashings of hair spray or gel. And the real fashion-conscious threw a mullet in the mix too 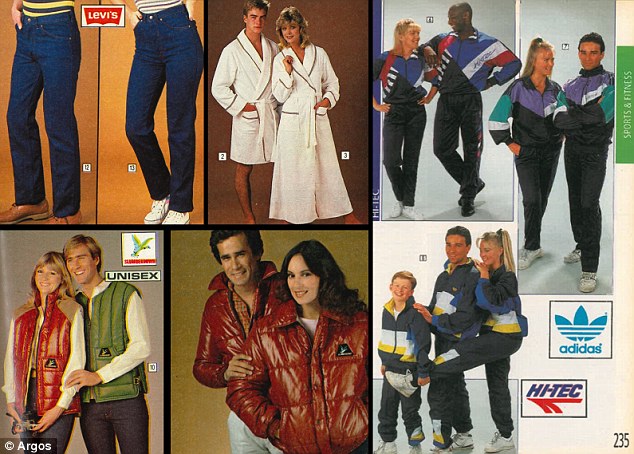 Who said matching isn’t cool? What woman wouldn’t want to wear the exact same thing as her man? Whether it was bathrobes, boot-cut jeans or warming gilets, Argos’ early catalogues had the perfect fit for every family. And as the 80s gave way to the 90s, even the kids got involved as families nationwide sported matching tracksuits. You might laugh, but these would fly off the rack at a vintage sale today 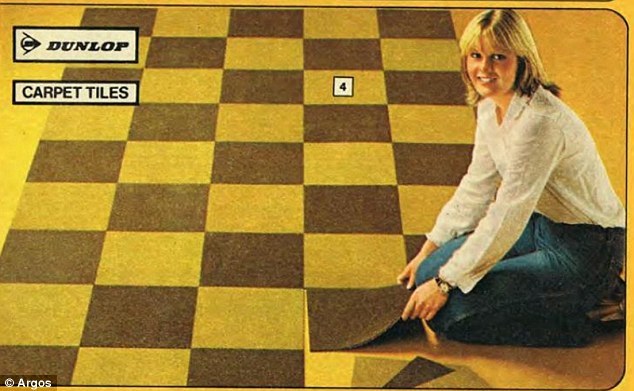 Tiles for every occasion: These loose-lay carpet tiles – £4.19 for a pack of nine in 1979 – were the perfect DIY flooring solution 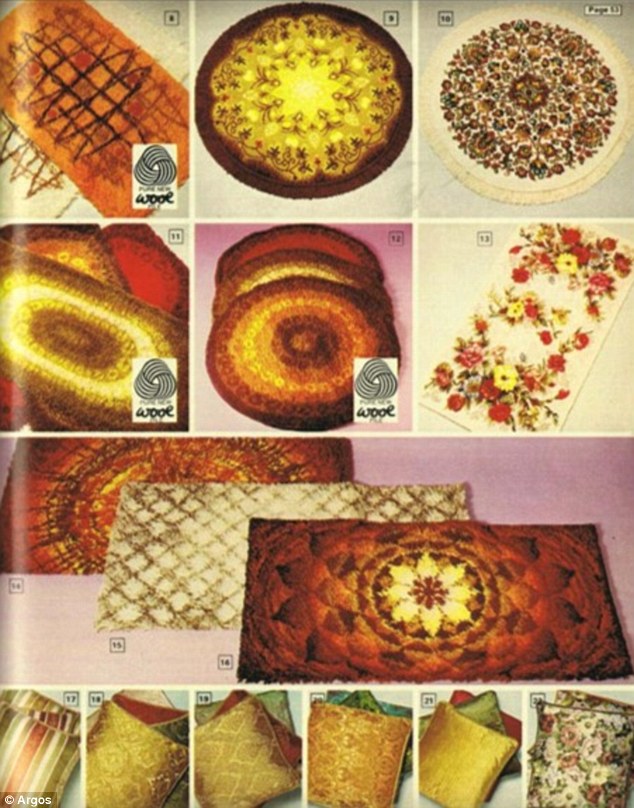 Rugs and mats, 1973: Seeming to take inspiration from The Lord of the Rings’ Eye of Sauron, these rugs are sure to darken any living room, and are typical of traditional early 70s décor 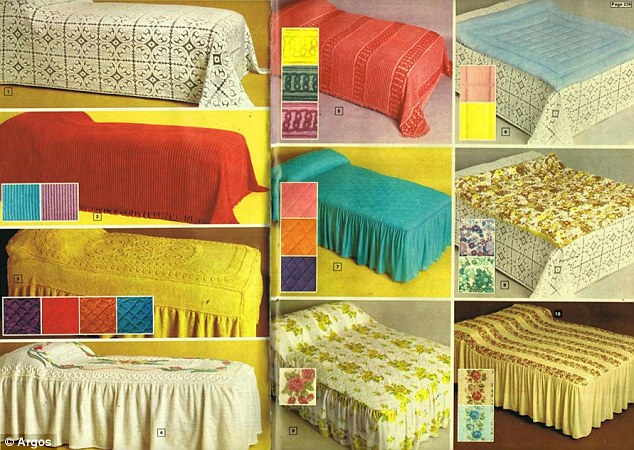 Bed spreads, 1970s: If you wanted a bedspread that looked like a tablecloth, the 1974 catalogue had you covered. Some readers will still be familiar with these, with many grandparents still getting them out for overnight guests at Christmas 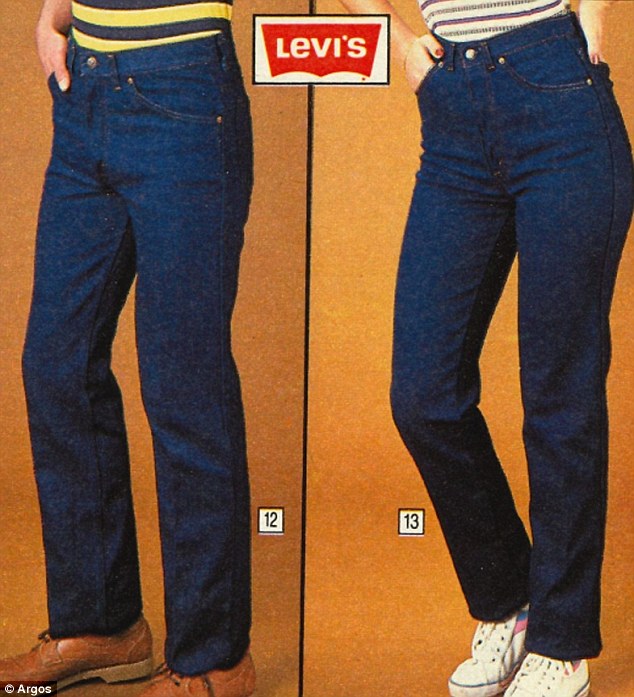 His and hers Levi’s jeans were all the rage in the eighties, according to this Argos ad, one of many released to celebrate the retailer’s 45th anniversary