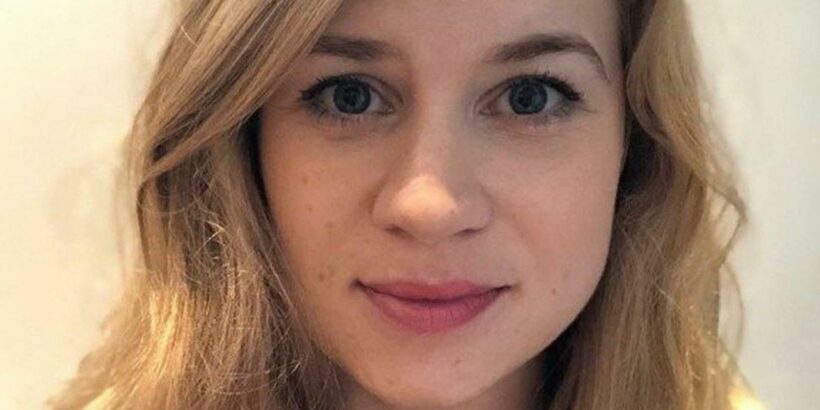 Wayne Couzen’s told the Court of Appeal that the penalty should be reduced to a regular-life sentence with the prospect of release on licence.

Warning: this article contains includes details of rape and sexual abuse which some readers may find triggering.

Updated 5 May 2022: Eight months after he received a whole-life order for the murder of Sarah Everard, Wayne Couzens has begun an appeal against his sentence.

Former Metropolitan Police officer Couzens was given a rare order meaning that he can never be released from jail for the abduction, rape and murder in March 2021.

However, on Wednesday, his lawyers told the Court of Appeal that the penalty should be reduced to a regular life sentence with the prospect of release on licence.

The prosecution highlighted how Couzens had hunted the streets of London for a victim and lured Everard into his car using his warrant card.

“A whole-life order was the correct sentence to impose in this truly exceptional case,” they concluded.

Jim Sturman QC, defending Couzens, said he had shown remorse and “accepts his crimes are abhorrent”, and “deserves a very long life sentence – decades in jail”.

The appeal was heard by a special court of five judges, who are also considering a bid to increase the sentences handed to the killers of six-year-old Arthur Labinjo-Hughes and double murderer Ian Stewart.

As reported on 30 September 2021: Following trial, police officer Wayne Couzens has been sentenced to a whole life order for the murder of Sarah Everard.

The judge, Lord Justice Fulford, said her killing was “devastating” and happened in “wholly brutal circumstances”. Stressing the “degree of preparation” he undertook, spending at least a month travelling to London to research how to commit his crimes, the judge said Couzens went out on 3 March “hunting a lone female to kidnap and rape”.

Lord Justice Fulford called his crimes “warped, selfish and brutal” before sentencing him to life in prison.

Across the two-day sentencing at the Old Bailey for the murder of Sarah Everard, the court heard disturbing details ofhow Couzens kidnapped Everard in a hire car as she walked home alone from a friend’s house on 3 March, and went on to rape and strangle the 33-year-old.

Over the course of the highly publicised trial, it emerged that the then-Metropolitan Police officer used COVID-19 lockdown rules as an excuse to stop her as she walked home.

A witness saw Couzens cuff and arrest Everard, and images of them standing together were caught on multiple security cameras.

As the BBC reports, Couzens showed his warrant card before restraining Everard, putting her in his hire car and driving to Dover, where he then transferred her to his own car, where he raped her and disposed of her body.

The court heard that after kidnapping, raping and strangling her with his police belt, Couzens burned Sarah Everard’s body in a fly-tipped fridge near Hoad’s Wood before moving her remains to a pond.

Just days after the murder, Couzens revisited the same woods with his wife and two children, allowing them to play “in relatively close proximity” to where the body had been destroyed.

Everard’s family described being “haunted and heartbroken” by the details of her murder, with her sister Katie breaking down in court as she told Couzens: “You treated Sarah as if she was nothing. You disposed of my sister’s body like it was rubbish.”

Despite initially denying knowing her and claiming that he only knew of her disappearance from watching the news, following questioning, Wayne Couzens told the police he had “no choice” but to kidnap Sarah Everard for a human trafficking gang which had threatened his family.

In the days after her disappearance, when asked by detectives where Everard was, Couzens repeatedly said he did not know and that “if I could do something to get her back right this minute, I would”, but added: “I’ll do it again tomorrow if it meant saving my family… these guys meant business.”

The prosecutor told the court how Couzens shared with detectives that he was in “financial shit” and that he had been “leant on” by a gang to pick up girls for them after he tried to “rip off” a sex worker he had booked online.

Reactions to the Sarah Everard trial

Everard’s murder sparked outrage and protests over the rates of violence against women, as well as a renewed focus on the role and responsibility of the police not just in this individual case, but systematically.

Reactions across the internet called out the Met for using language that painted Couzens and others like him as a “bad egg” within the force rather than tackling misogyny and police violence against women.

As has been widely reported, Couzens was nicknamed ‘The Rapist’ by his former colleagues because he made some female colleagues feel uncomfortable, three years before he was hired by the Met.

Other posts criticised the narrative that Couzens was a “family man,” calling descriptions of him in the media as “wonderful,” “kind” and “thoughtful” as “beyond belief”.

Mayor of London Sadiq Khan described the details from the trial as “almost too painful to read,” adding that his thoughts were with Sarah Everard’s loved ones.

The emotional impact statement made by Sarah’s mother, Susan Everard, to the court has also been widely shared across social media. In it she describes being “tormented by the thought of what she endured,” and daily pain of “waking up to the awful reality that Sarah is gone.”